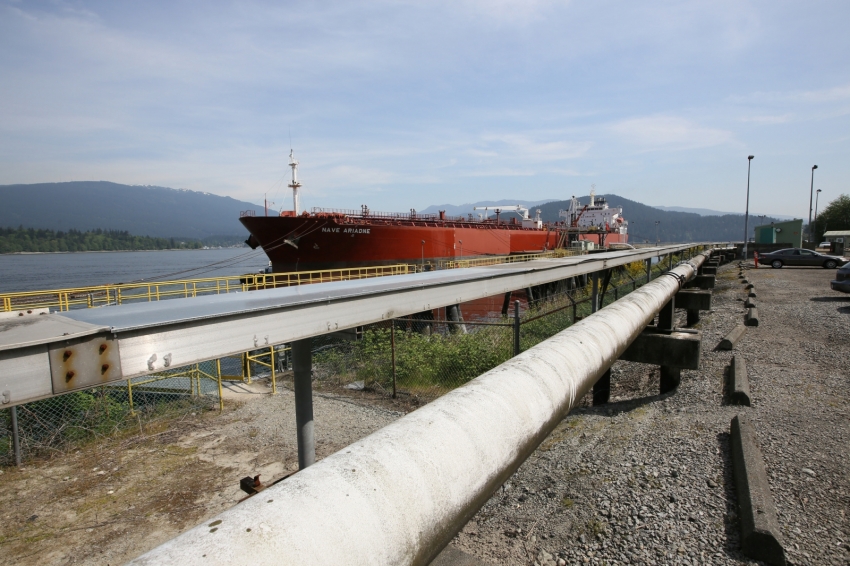 VANCOUVER — A group of environmental lawyers is calling on the British Columbia government to do its own evaluation of Kinder Morgan's proposed $5.4-billion pipeline expansion instead of deferring its questions to the National Energy Board.

Lawyers from Ecojustice say the province has signed away its responsibility to assess the impacts of the proposed expansion project by harmonizing the approval process with the NEB, and the only to ensure that the pipeline benefits B.C. residents is by withdrawing from that process.

Premier Christy Clark outlined five conditions in 2012 that the pipeline company must meet before B.C. will agree to the Trans Mountain project.

However, Ecojustice has filed a motion with the energy board on behalf of the Living Oceans Society asking the government to explain how the costs and benefits to the province can be weighed if it isn't conducting its own environment assessment.

Lawyer Karen Campbell says in a statement that it's difficult to see how the NEB's process could meet Clark's conditions, because it is not designed to look at benefits for B.C., but for Canada as a whole.

Kinder Morgan's proposal would involve doubling an existing pipeline running from Alberta to Burnaby, B.C., which would triple its bitumen-carrying capacity.