EARTHx: Empowering People for Our Planet and Our Future 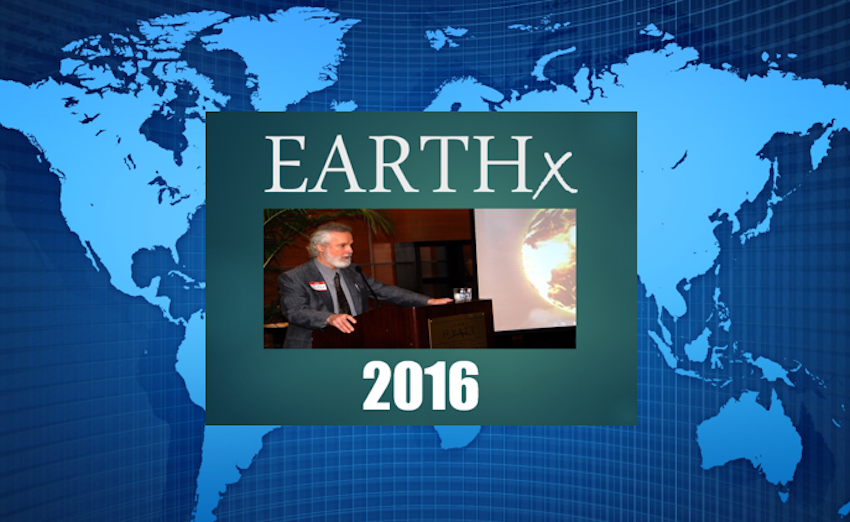 Dr. Carter and colleagues are hosting EARTHx in Victoria on July 4th.

As a physician for nearly 40 years, Pender Islander Dr. Peter Carter did his best to save lives and help heal thousands of patients. But it wasn’t until he retired and became a full-time climate change research presenter that he made his most dire diagnosis.

“Earth has a dangerous fever it can’t shake,” Dr. Carter says. “The atmosphere and oceans are being poisoned by excess carbon dioxide, which reached a record 409 parts per million this spring. (It should be under 350 ppm.) CO2 is highly persistent and cumulative in both vital systems of the biosphere. The planet is in a rapidly deteriorating state of emergency for our future survival.”

As if to prove this diagnosis correct, the NASA team at Climate Science Awareness and Solutions has recently predicted that 2016 will be another record year for surface temperature increase, which is now above 1.0ºC (a record reached in 2015). “We are living on a planet substantially damaged and different from the one our species has developed on. Global temperature is now in the extremely dangerous zone for the world population and the rest of the “biosphere,” Dr. Carter explains.

According to Dr. Carter, founder of the Climate Emergency Institute, “The 2015 UN Paris Climate Agreement prescription only offers ‘intended’ targets that pretend to cure the afflicted Earth. The Paris prescription is to keep administering the poison under the guise of good intentions, which can only result in the death of the patient.” The 2 May 2016 UN Climate Secretariat update of nations’ non-binding targets reports that emissions will be higher in 2030 than they are today – making the Paris Agreement a death sentence.”

The essential – and totally reliable – test that Dr. Carter uses for this grim diagnosis is the level of greenhouse gas (GHG) concentrations in the atmosphere. “Record high, still accelerating levels of atmospheric GHG pollution have for years been on a consistent heading to end the human race and wipe out almost all life on Earth (both on land and in the oceans). Just in the last few years, the levels have jumped up even faster.”

“In a time of climate change deceit,” Dr. Carter confides, “telling the truth is a personal act for global survival.” So he doesn’t mince words when he shares the urgency of the climate and oceans emergency. “When I was a physician, it would have been the grossest negligence not to tell my patients of their diagnosis, no matter how bad it was.”

“The worst crime of all time, and now clearly the greatest evil ever, is the connivance of the big banking and fossil fuel corporations – with the compliant complicity of some big-economy governments – to deny the catastrophic dangers of continued emissions and to keep delaying decisive and rapid action to put global emissions into decline. This worst-ever negligence has come about because as a society we are in deep denial of the dire state of planetary emergency the entire world is in.”

The prognosis is grim. Dr. Carter believes that “only our profound care and compassion can save today's children and all future generations from inheriting a literal hell on Earth.”

The 2014 Fifth Assessment of the Intergovernmental Panel on Climate Change gave us the bottom line for our future survival. “The IPCC said that limiting warming requires ‘near zero emissions of carbon dioxide and other long-lived greenhouse gases.’ Science rules this world, and rules out more carbon emissions.”

The “other long-lived greenhouse gases” are methane and nitrous oxide. Methane emissions from the livestock industry and artificial wetland rice production, as well as from the natural gas industry (fracking), can and must be eliminated. According to Dr. Carter, “The switch to a healthy vegan (lower GHG-emitting) diet is now vital for tomorrow’s children – and today’s – to have a life worth living.

Other “prescriptions” to get our greenhouse gas fever down include ending government subsidies to fossil fuel corporations and charging large corporate greenhouse gas polluters the full cost of their deadly pollution.

“Our only and best imaginable future is with safe, clean, everlasting 100% renewable energy,” Dr. Carter says. That’s why he is now urging an immediate planetary emergency Manhattan-style R&D Project along the lines of a worldwide Marshall Plan model – a global-scale venture to rescue our future. His emergency response plan depends on fast tracking the progress being made to develop safe, zero-carbon, and super-high energy-dense fusion power. Fusion will be able to power heavy industry and heavy transportation that clean renewable energy is not yet up to.

“The burning age is over,” insists Dr. Carter. “We literally have no future with fossil fuels. With carbon-free fusion power, we’ll be able to manufacture the enormous amount of renewable energy infrastructure we need without having to burn more fossil fuels to rebuild the entire world for the age of safe, clean, everlasting energy. To survive the climate and oceans emergency, and revert to a safe level below 350ppm CO2 and 1.5 degrees Celsius, we also have to mechanically remove vast amounts of carbon dioxide directly from the air for the next hundred years, chemically converting it to a solid carbonate, which can be safely achieved only with safe, zero-carbon, energy-dense fusion power.”

“Runaway climate change and ocean acidification are not future-tense events,” concludes Dr. Carter. “It is of the utmost urgency that we immediately act to abolish the burning of fossil fuels – or watch as fossil fuels abolish humanity.”

To that end, Dr. Carter and colleagues are hosting EARTHx in Victoria on July 4th (6-10 p.m.) at the Victoria Event Centre (1415 Broad Street). The planned program for EARTHx includes video screenings, entertainment, and presentations on the climate and oceans emergency (the VEC bar will be open for the event). Dr. Peter Carter can be contacted at 250-629-3811.

See more
A poet never breaks, a poet breaks free: On paying for the world’s most expensive drug with a poem
Oil and gas industry's right to profit vs. the right to live
Speak up about this article on Facebook or Twitter. Do this by liking Vancouver Observer on Facebook or following us @Vanobserver on Twitter. We'd love to hear from you.