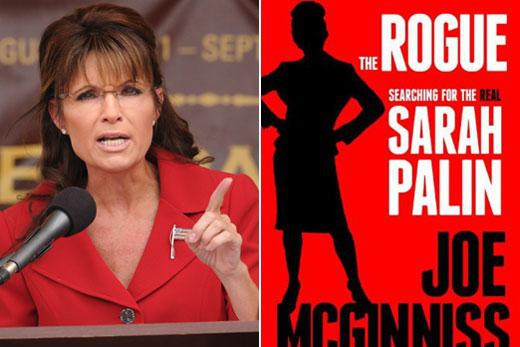 Best-selling author Joe McGinniss's new book, "The Rogue: Searching for the Real Sarah Palin," hasn't hit book stores yet, but it was being talked about even before the author's pen ever touched paper.

The  political writer spent four months in Alaska in Palin's hometown of Wasilla, studying the former governor while living next door to her. 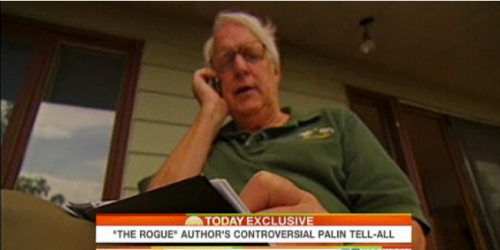 McGinniss called it  "happenstance" that Palin's neighbour offered to rent him the house while he did his research," PoliticalTicker reports.

McGinniss interviewed approximately 200 people, including acquaintances, old associates and former friends, and he found that, "People who know her best like her least," McGinniss told Today.com.

He said that she was a cocaine sniffer, a non-existent mom. He called her a "tenth-grade mean girl,"  a hypocrite at best, and at worst, a vindictive hypocrite.

"He needs to get a life," Palin told Fox News.

"She overreacts, she has no modulation in her responses to stress," McGinniss said. "She freaks out."

McGillis said that he didn't spy, and anything he did learn from living next door will not be included in the book. It's the experience that's documented. "She's a phenomenon," he said.

Palin's husband called him a fraud and a stalker, and his book, full of "disgusting lies, innuendo and smears".

"This is a man who has been relentlessly stalking my family to the point of moving in right next door to us to harass us and spy on us to satisfy his creepy obsession with my wife," Palin said. "His book is full of disgusting lies, innuendo, and smears. Even The New York Times called this book 'dated, petty,' and that it 'chases caustic, unsubstantiated gossip,;" Todd Palin told media in a statement, PoliticalTicker reports.