TEEN SPIRIT: Here’s a perfectly safe film about the music industry. Nobody is mean-spirited and the tone is bright and sparkling. There’s no profanity and of the explosive cut-throat competition that we know exists there, the worst is a short argument about an agent’s percentage. The rest is one girl’s climb to fame through an American Idol-like contest. That may not be the way it happens these days but it’s entertainment not authenticity you’re after. Elle Fanning, directed by Max Minghella (son of Anthony), deliver that.

She’s a mild-mannered girl on the Isle of Wight who sneaks out now and then to sing at a pub. Mom doesn’t know. Then a star-making TV show called Teen Spirit holds auditions, a grizzled old former opera singer  (Zlatko Buric) offers advice and to be her manager and before you know it she’s off to London to compete in the big time. No surprise that. You know the story is going that way and absolutely refuses to offer up any surprises along the way. A snag or two maybe, like a dodgy contract offered by another agent (Rebecca Hall), but no detours from the story line. The big surprise is how well Elle Fanning presents herself on stage. She can sing. The highlight for me was her version of Robyn’s hit Dancing on My Own. (International Village and suburban theatres) 3 out of 5

INVISIBLE ESSENCE: THE LITTLE PRINCE: It’s one of the best selling books ever, translated into 300 languages and dialects, and one of the most popular works of French literature.  Much of that I knew. What I didn’t know was that it was written on Long Island in New York. Antoine de Saint-Exupéry, the author and aviation enthusiast was living there at the time. His agent had suggested he write a children’s book and it seems he may have been inspired by a young boy in Quebec.

The film by the Toronto director Charles Officer reveals all that plus the background, the symbolism and the meaning of the book through an eclectic group of commentators. They include filmmaker, Mark Osborne, New Yorker writer Adam Gopnik, a poet, a choreographer and some surviving relatives. The title alludes to a central idea in the book, that the really important things in life, can’t be seen, only felt. It’s about the failure of the imagination in the adult world, says one. A universal message of peace, respect for others, love and compassion, say others. About “loss of innocence” says Florence Richler, Mordecai’s widow. All of that, and for many an affirmation, a guidebook to an ethical life. The film includes clips from various productions of the story in this brisk and fascinating overview. (VanCity Theatre) 3  out of 5

HIGH LIFE: If you want everything that’s raised in a film to get an answer, this one is not for you. In fact, I don’t imagine it’s for many people at all, even though it’s been getting extravagant praise from many. (“Best film” wrote one Globe critic.) I don’t see it that way. It’s slow and moody and stiffly arcane and singularly concerned with how horrible people can be to each other. It’s a first English-language film by Claire Denis who is known for atmosphere more than storytelling. Here she spins out mood galore, mostly of the downbeat kind, gets very good acting from Robert Pattinson, Juliette Binoche and others but has us wondering what’s the point. 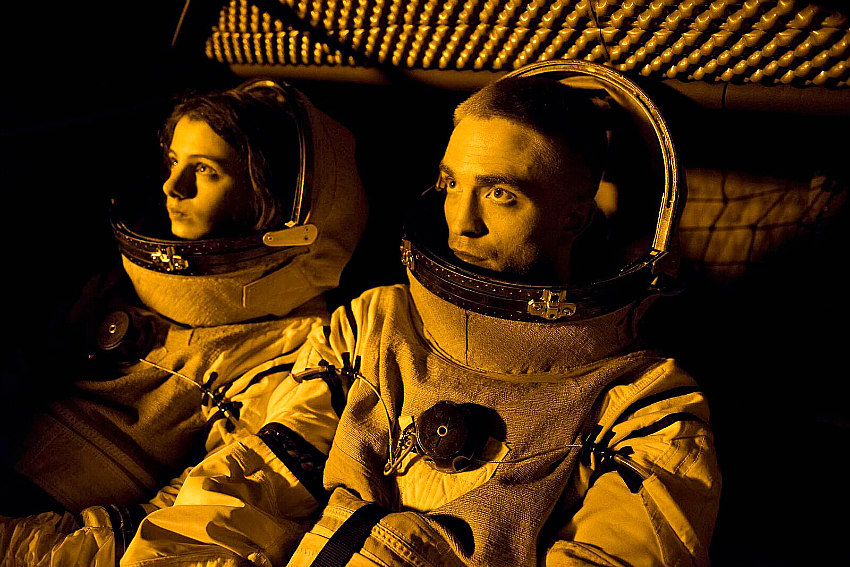 Pattinson and a daughter are alone on a spaceship, trying to survive. In flashbacks, we see there were others and in one we learn why. They were criminals who avoided death row by joining a scientific expedition towards a black hole in outer space. They weren’t told they’re never coming back. Binoche plays a doctor assigned to take care of them but quietly enabling on-board pregnancy and childbirth for the women. Potentially useful for the future of space travel, you say? Maybe, but the film doesn’t explore futuristic ideas. It’s all about inhumanity to others, brutality and, in one particular room, a cold, emotionless view of sex. Oddly, there may be a hint of optimism in the film’s last moments. Not sure, though. (Scotiabank) 2 ½ out of 5

THE CURSE OF LA LLORONA: This one wasn’t previewed hereabouts and that’s not a good sign. But it comes from the people who brought us the Conjuring movies. That might be hopeful. It’s a horror movie telling the tale that has been used to scare Latin American children for ever. La Llorona is a weeping woman who drowned her children and seeks to replace them. She stalks the dark; so don’t  stay out too late.