What does the Iran nuclear deal mean for Iran, the Middle East and the world? 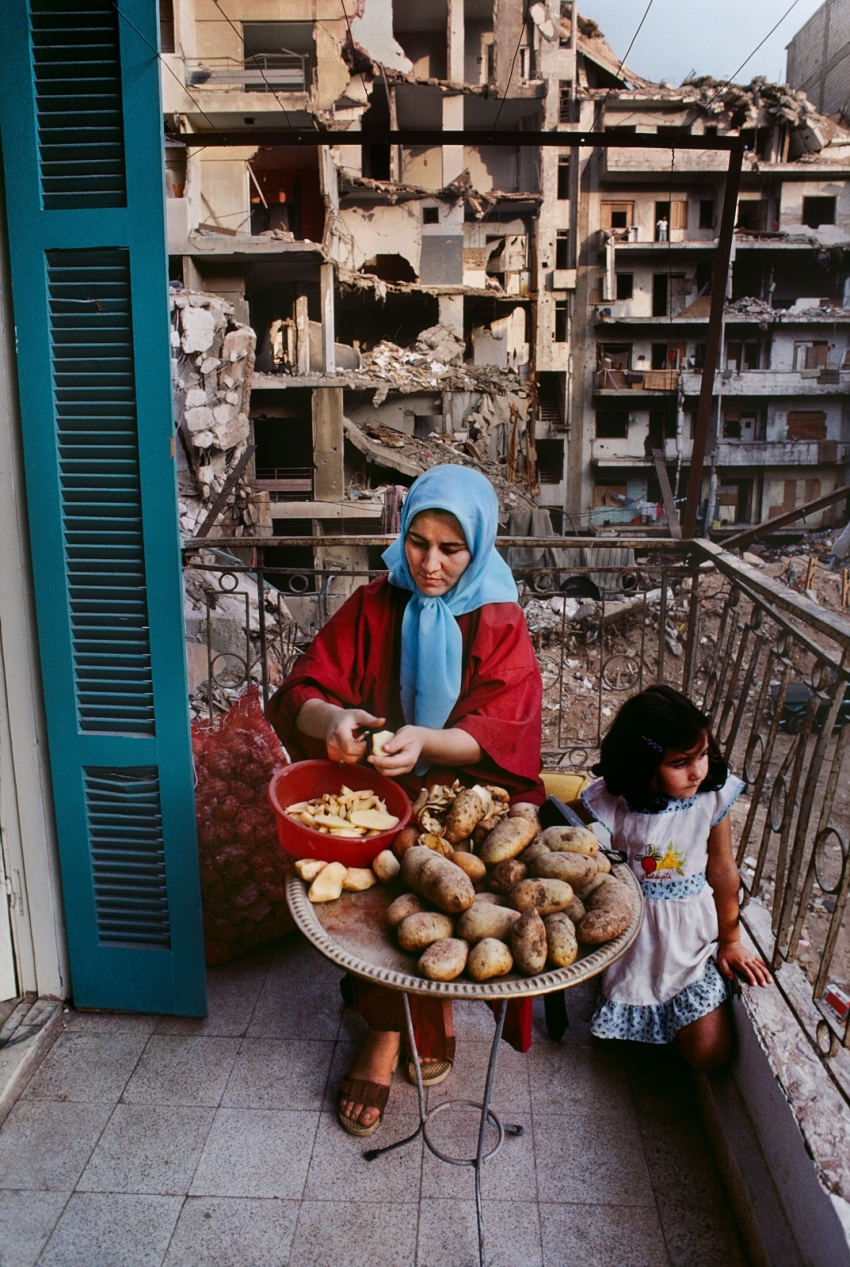 If the young mother and her little girl in the photograph above are symbolic of people in Iran and the Middle East who want to live their lives in peace, then certainly the Iran nuclear deal is a very good thing.

With the historic deal, Iran effectively agrees to inspections of its uranium enrichment facilities and to stop work that could lead to a nuclear weapon (for at least 10-25 years). In return the other signatories US, UK, France, China, Russia and Germany have begun to lift economic sanctions against Iran, that have crippled its economy. These sanctions have been a key factor hindering normal Iranian people from enjoying life, earning a living and having hope for the future.

The image is both specific and universal showing that peace, stability, dignity and life itself are precious, rare commodities here in the war zone. The grief of the woman, who photographer Steve McCurry confirmed to me is a widow, and her daughter must be enormous.

He stood with them on their balcony to take the photo in September 1982, during the first few months of the Lebanon war. The scene could be Syria today, Kunduz, Afghanistan last week, Pakistan, Palestine, Iraq or Iran.

We can’t protect life in a vacuum. The Iran nuclear deal, ratified in July of this year, offers Iran the hope of normalizing its economy and opening relations with the world. Granted for the region, it’s impossible to say exactly what will happen next. Israel, Saudi Arabia and Iran have been traditional enemies for eons. Both Israel and Saudi Arabia have come out against the deal for complex reasons. Sadly, their responses are in keeping with historical enmities and current power politics between these three nations, beyond the scope of this piece. The Iran nuclear deal offers a model of diplomacy over bloodshed for the Middle East and the world to aspire to. 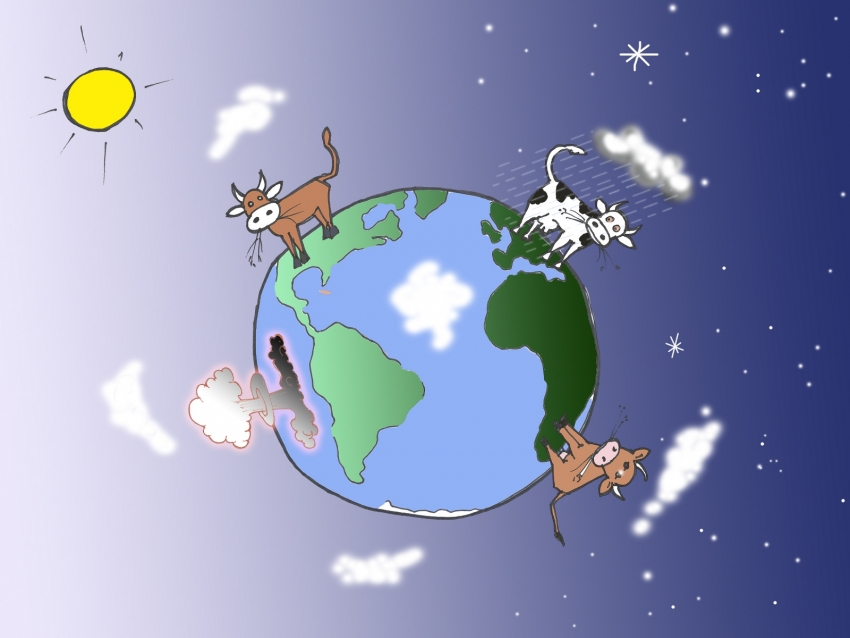 Nuclear Cows by Michele Hall for Olivia Fermi. Cartoon is based on a sketch my dad drew for me on a paper napkin. He explained to me how radioactive fallout from above ground nuclear testing travels through the atmosphere and ends up raining on the grass the cows eat. He didn't want my bone development to be harmed by radioactive isotopes in the milk I was drinking. I was six years old.

While nuclear weapons don't get as much media coverage as they once did, nuclear weapons continue to pose an existential threat to all of us on this planet. Along with death and destruction, even a small nuclear exchange could trigger an environmental apocalypse and the end of life on Earth as we know it. In spite of the international Treaty on the Non–Proliferation of Nuclear Weapons (NPT) initiated in 1970, the US and Russia have stockpiled thousands of nuclear warheads  and seven other nations each have at least a handful of them.

The argument that nuclear stockpiling serves as a deterrent no longer applies. With the increasing splintering of stable governments into fragments and factions, the risk of nuclear weapons falling into unstable hands grows. It seems likely that the deterrent argument is used nowadays primarily to perpetuate the economic engine of the nuclear portion of the military industrial complex wherever it exists in the world.

The Iran nuclear deal is like a peace dove, and like the mother and daughter on their balcony it’s in a perilous position. To restore the Middle East would mean healing the shame of war. Whoever chooses to do this is protecting and enriching the inheritance of all of our children. No matter in what small way, each step is important and worthwhile. For only in offering supports to openness, freedom, forgiveness and humility can we make sure that all little girls and boys, their mothers, fathers, grandparents aunts and uncles survive and that we surround the balcony with more balconies instead of more rubble.

Last night, I was asked to speak from the humanist point of view on a panel addressing the question of what the Iran nuclear deal means for the Middle East and the world. On the Neutron Trail, my cultural inquiry project, promoting dialogue about our shared nuclear legacy, I usually visit the places I talk about, but I haven’t travelled much in the Middle East and have never been to Iran. 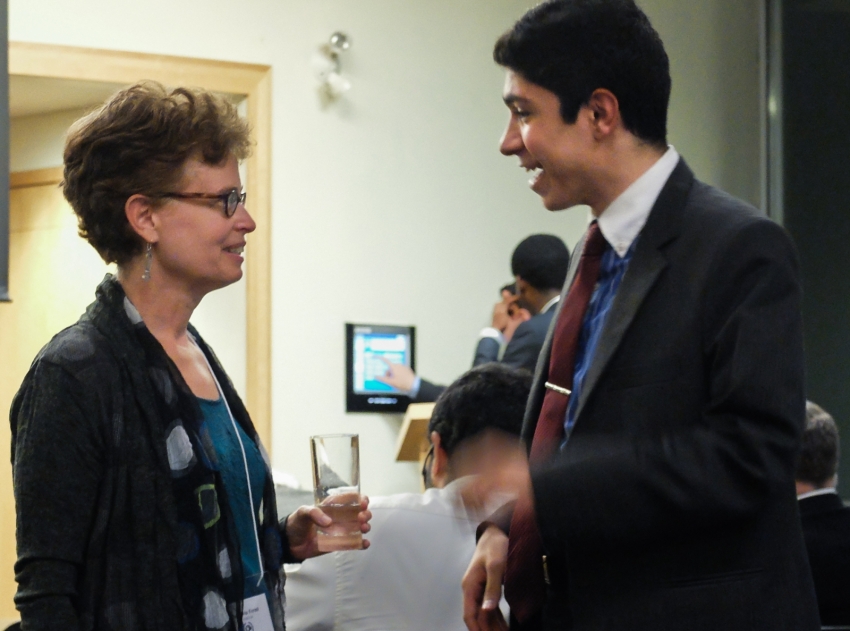 So instead, I began to read about the deal and talk to those in my circle who are knowledgeable about some of the complexities in the region. I was also fortunate to speak at length with a number of Iranians, which greatly deepened my understanding of how important the deal is for young people wanting to be part of our global community.

My 15-minute talk on the Iran deal from a humanist point of view, was part of a University of British Columbia International Relations Students Association (IRSA) Diplomacy 101 event at UBC on October 8, 2015.

UPDATE Oct 17, 2015. Thanks to everyone who responded by email or on my Facebook with your thoughts on this post. Many of you expressed enthusiasm for what I wrote and for the deal. Some readers seem to have a misunderstanding about my message, which I’d like to set straight right now. While I do believe the Iran nuclear deal is a good small step toward peace, stability and dignity for Iran, the region and the world, I did not say nor do I in fact wish to express support for any particular government. The post is about the universal experience of loss in war and about how diplomacy might move us toward better relations and healthier interactions. Stay tuned  — I’ll be posting more about how the situation in the Middle East is ripe for positive change. 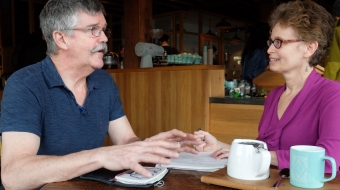 “I’m going to grab you by the scruff of the neck and take you up to the Transit Authority, when we get to Lougheed,” I heard the man behind me threaten.  It was early evening on January 5, 2016...
Olivia FermiJan 25th, 2016
Speak up about this article on Facebook or Twitter. Do this by liking Vancouver Observer on Facebook or following us @Vanobserver on Twitter. We'd love to hear from you.