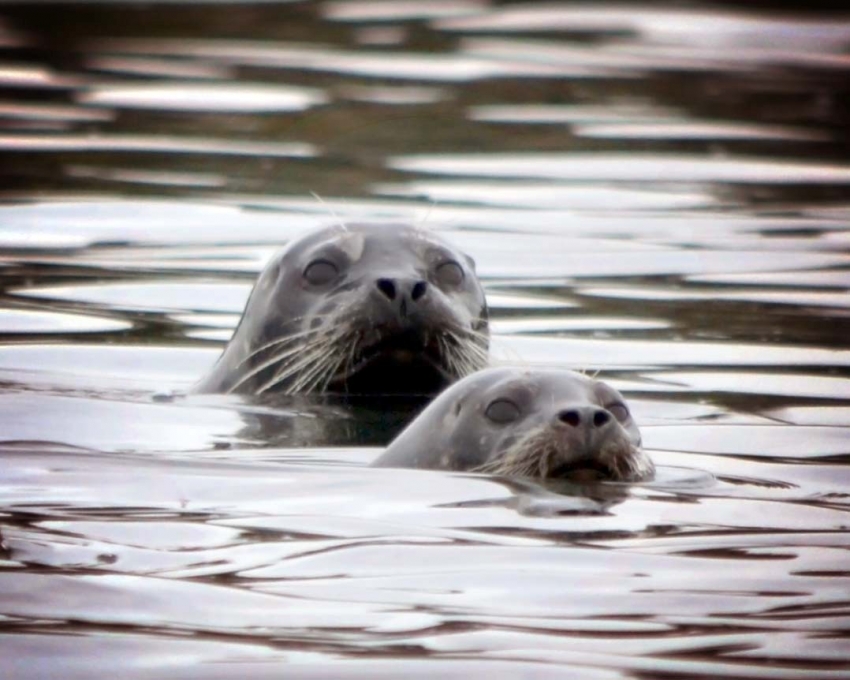 It’s official: Powell River (or Powtown, as it’s known to its denizens) is now the “least polluted city in the world.” So says the Guinness Book of Records.

My nose confirms the good news almost as soon as I reach the town of 13,000 some 180 road-and-ferry kilometers north of Vancouver along the Sunshine Coast. Cresting the wooded bluff of Marine Avenue out of the Westview suburb, I’m greeted with a whiff of pristine air, faintly scented with sea-spray and cedar.

All the more incongruous, as the unfolding vista of the historic, original Townsite district is dominated by a sprawling paper mill – Powtown’s original raison d’être – sending up 100-metre billows out of multiple vents. 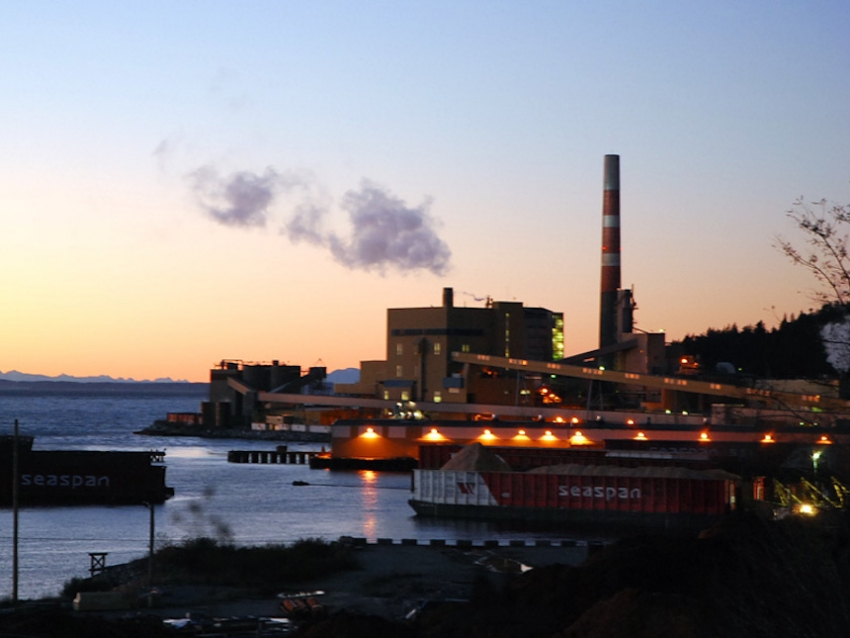 In the decades up to the 1960's, when this factory ranked as the worlds largest pulp and paper mill (by output), those stacks would have smothered the paternalistically planned company town in an acrid miasma of wood pulp smoke. But now they belch nothing but harmless steam from the mill’s state-of-the-art wood-fuelled power plant.

So limpid is the gaseous and liquid effluent that the erstwhile log-pen has become a favourite roosting place for seals and sea lions. You can hear them keening and quarrelling all the way from the Marine Avenue overlook, a kilometre away. But the sound is most striking right down at the water’s edge, where it echoes off the eerie, moss-grown Hulks that comprise the log-pen breakwater.

Back in Gibsons, when we started this road-trip, local artist Liz Williams complained that provincial and municipal officials were treating her live-in, flower-bedecked barge as “just an eyesore hulk” to be squeezed for tax revenue. But up here in Powell River, The Hulks are cherished as the town’s most distinctive icons.

These 1940’s-vintage ocean-going freighters, scuttled and anchored offshore, once served to shelter the mill’s log-raft feedstock from the waves of the Malaspina Strait.

Cast in concrete due to World War II steel shortages, the ships still rate as a quirky living museum for nautical history buffs. One of the Hulks, the S.S. Quartz, was even pressed into service for the first atom bomb tests off Bikini Atoll (and was pronounced contamination-free before being towed to Powell River in 1947). 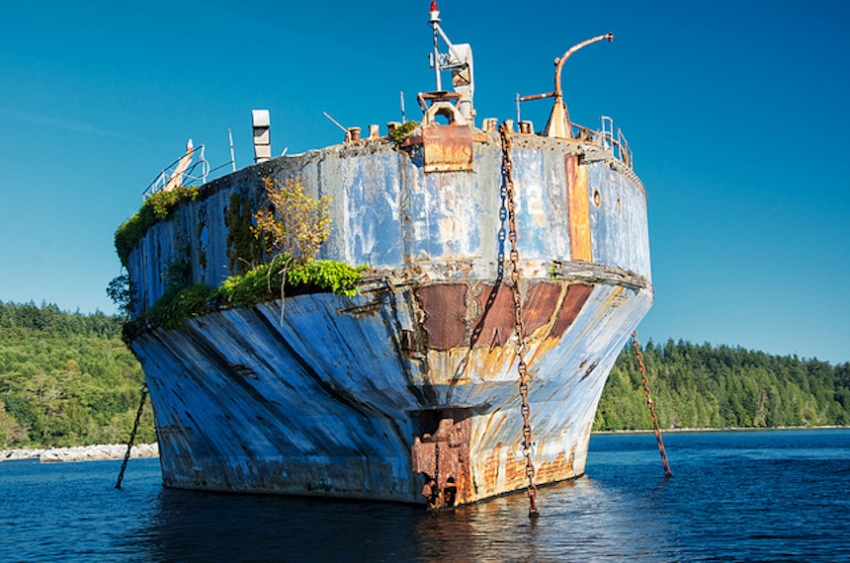 But now that the drastically downsized plant no longer processes raw logs, the breakwater has outlived its utility (except to its resident pinnipeds). Plans are afoot to sink four of the Hulks on a barren stretch of seafloor midway between Westview and Townsite to make an “artificial reef” underwater park.

Sportsdiving tourists flock here in the summer to frolic with 12-foot octopodidae and other charismatic marine fauna. In the winter, though, tourists of any sort are scarce, so Powtown’s charismatically local terrestrial fauna – especially the human ones – are left to frolic on their own.

We join a queue of them outside the Patricia Theatre, North America’s oldest continuously operational movie house, for opening night of the Powell River Film Festival.

Given the city’s blue-collar antecedents, who would have expected such an artsy and international roster of movies? Some of them have already featured separately in the Vancouver Observer’s Film section; for the rest, watch this space.

Especially striking how much of the queue is made up of Powell River lifers: Baby Boomers with decades – if not generations – of background in the town and the mill. Not so surprising, though, to Jim Dickenson, 78, waiting patiently in line at the glassed-in Art Deco ticket kiosk. “I’m kind of a Hulk, myself. I've been coming here since I was a kid, when I'd blow my whole week's allowance at a go: 15¢ for the movie and an ice cream next door for a dime.”

Comfortably pensioned off when the factory slashed its payroll from over 3,000 to the present few hundred, Dickenson – like most Powell River Mill retirees – saw no reason to move away. But, with decades of leisure for self-cultivation, his film tastes have by now grown worldlier. So he looks forward to the Festival as an annually recurring treat.

Powell River Film Festival: Bringing a world of film to the Sunshine Coast