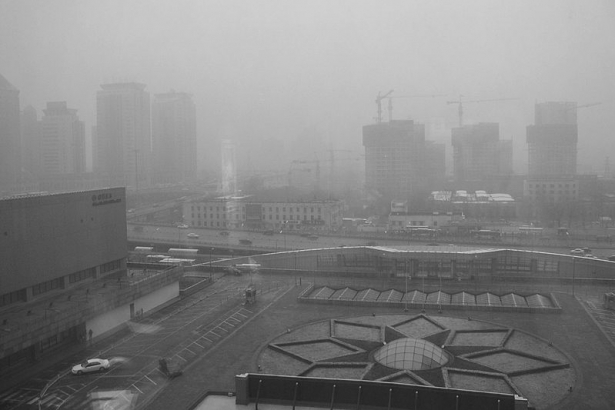 Chinese netizens are looking to Canada for environmental integrity, after Beijing pollution levels reached such hazardous highs this week that even heavily censored state-owned news agency Xinhua had to report on a phenomenon causing significant public unrest.

“The air quality in Beijing Municipality fell to dangerous levels again on Saturday after only a few days of blue skies,” the government mouthpiece reported today.

Hoards of people complaining of respiratory and heart complications related to the pollution flooded Beijing hospitals. Xinhua published a series of articles on the pollution and netizens took to Chinese social media site Sino Weibo, crying out against the kind of environmental degradation that is now having very real health impacts on the Chinese public.

An article featured in People's Daily, another state-owned publication, reported that of the roughly 10,000 outpatients it had seen daily in the past week, 30 percent were suffering from respiratory diseases.

A Chinese-language article – citing two-year-old World Health Organization (WHO) statistics – came out this past week and received significant shares on Sina Weibo, amid China's own national discourse on pollution.

Canadian environmentalists are the first to say that the oil industry's gestures to delve deeper into dirty tar sand fuels is jeopardizing the nation's spot at the forefront of environmental protectionism and public health. But in 2011, a WHO study determined that Canada had the third-cleanest air in the world – tying with Australia.

Canada and China are similar in that they are, as one Bloomberg article says, “blessed and cursed” with large reserves of 'dirty' fuels. In China, it's large coal deposits. In Canada it's unconventional tar sands oil – the object of various international energy corporations' attention: a major business opportunity tempered by what many analysts say is a major environmental threat.

Some Sina Weibo users are expressing a desire to move to Canada for a change of air. But it seems they aren't only thinking about themselves.

“Beijing air quality is so terrible this year. I hope corrupt Beijing officials scurry to Canada to clean out their lungs,” user Menghyli joked.