Post-tsunami reconstruction and radiation cleanup could take 10 years, but officials say something has been permanently lost.

In Odaka, 148 people died, and there were more than 300 fatalities in Minamisoma as a whole. But now around 53% of Odaka residents have returned home, a total of 6,800 out of a pre-disaster population of 12,800, Murata said.

Nobody has died directly as a result of the nuclear disaster, but a close eye is being kept on the incidence of thyroid cancer in children, following the experience of Chernobyl.

The biggest issues the local administration now faces, following the rehousing of residents in temporary accommodation, are the demolition of unsafe houses, replacement of infrastructure and services, including roads and school playgrounds, and the decontamination and desalination of buildings and land.

"To decontaminate one house and garden takes 10 to 14 days," Murata said. "We have to remove surface soil, cut the trees, wash the roofs, clean the rain gutters. The house owners are responsible for cleaning inside. The city and the government help with the rest."

At least in Odaka there is something to clean and repair. In Ukedo, the part of Namie municipality closest to the Pacific ocean, the devastation is total. Hardly a single house was left standing by the tsunami, which reached 17m in height in some places, Murata said – a vast wall of water that devoured all in its path.

Wrecked fishing boats still lie stranded miles inland and there are vast piles of scrap metal, smashed cars, bits of concrete bridges and broken wooden house frames where once a thriving village stood. An abandoned elementary school, 500m from the sea, looks as though it has been bombed.

But even in Ukedo, a long line of displaced local resident volunteers can be seen picking up and sorting debris on a wintry afternoon, gradually clearing the land where homes formerly stood. With impressive organisation, the local authorities are recycling everything they can, bagging it up in vast compounds erected amid the bleak, salty flatlands that were once rice paddy fields.

Tetsurou Eguchi, the deputy mayor of Minamisoma City, said the radiation-related cleanup was likely to take another five to six years and could cost as much as ¥350bn (£2bn), much of which would come from the national government. Post-tsunami reconstruction would take up to 10 years. But something intangible had been permanently lost, he said. "When it comes to the economy, and individual and social life, it is very difficult to recover this, compared with how it used to be."

The most challenging problem, he said, was decontamination. "Basically [the radioactive fallout] is not in the air any more. It's in the soil." The area was dependent economically on small businesses, agriculture, fishing and tourism, including the famous annual Soma Nomaoi samurai festival, he said. All had been seriously affected.

"People don't believe it is safe to visit here. They won't believe our produce, our livestock, our fish are safe. There is a blight. This will take a long time to change."

Much had been said by the national government about supporting Fukushima prefecture in its efforts to get back on its feet, but the reality is different, Eguchi said.

"It is a fact that we have received quite a lot of support, but is it sufficient? That is difficult, because it's not just a question of reconstruction. Politicians in Tokyo say if Fukushima does not recover, Japan will not recover, but I'm not sure they really mean that.

"I don't think Fukushima is fully supported by the whole country. And that's what the citizens here think." 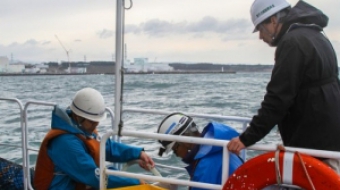 An older, divorced, dark-skinned woman is portrayed as the blushing bride in a bold new ad that has been making waves in India.
Jenny UechiNov 4th, 2013 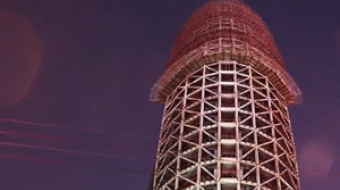 People's Daily building: This had to be on purpose.
Jordan Yerman May 4th, 2013
Speak up about this article on Facebook or Twitter. Do this by liking Vancouver Observer on Facebook or following us @Vanobserver on Twitter. We'd love to hear from you.

At Fukushima Daiichi, amateurs left to clean up the mess