Is Canada prepared for a nuclear disaster?

Ottawa's invested too much and grown too close to act as an independent regulator, critics say. 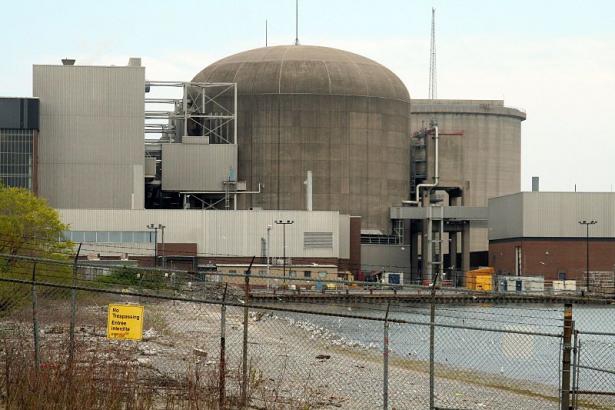 Ottawa is too involved in Canada's nuclear industry to effectively regulate it, critics say. To tackle the problem, they're calling for a non-partisan royal commission inquiry into the future of the country's nuclear power industry.

Gordon Edwards, president and co-founder of the Canadian Coalition of Nuclear Responsibility, said the federal government is "completely dependent on the nuclear industry to tell them what to do."

“If we were to have a nuclear emergency in Canada, we would be at the mercy of industry,” he said. “We have not developed alternative nuclear experts who we can turn to."

There are five nuclear power plants in Canada, all in the east. Two of them are in earthquake zones: Chalk River Laboratories in Ontario and Gentilly 2 in Quebec.

In March, when an earthquake and tsunami hit Japan and led to an ongoing nuclear crisis there, vigorous debate broke out in the U.S.; Germany shut down older nuclear reactors. But in Canada, the provinces simply reaffirmed support for nuclear power plants, with even oil-rich Alberta saying it would not rule out the nuclear option.

But critics say that's not enough. They're calling for more outside inspection of the safety of Canadian nuclear power plants.

Canada has a long history with nuclear power. Since the end of the Second World War, the government has poured billions of dollars in research and development to build a nuclear power program, which the government bills as a "clean, affordable, reliable" source of energy.

Estimates vary, but Prime Minister Stephen Harper's office said in 2009 that the government-run Atomic Energy of Canada Limited (AECL) had received 30 billion dollars in public funding since 1952. Of the country's nuclear power operators, Bruce Power is the only private-run company; the rest are owned by government.

Aurèle Gervais, a spokesperson for the CNSC, confirmed that his organization is currently the sole regulator of Canada's nuclear activities, and argued that there is no need for additional groups to be involved.

"We've heard about the royal commission, but feel it's unnecessary," he said. "We feel that our commission is independent as it is."

"All plants have CNSC on site staff," Gervais said. "We have inspectors (at the facility) to oversee that the operators are meeting requirements of the licence, and the Nuclear Safetey Act."

Is Lower Mainland monitoring for nuclear fallout from Japan?