The royal newlyweds' tour prompts memories of Charles and Diana 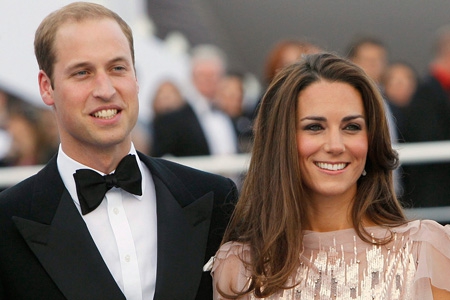 Royal newlyweds Prince William and Kate Middleton, otherwise known as the Duke and Duchess of Cambridge. Photo from Starpulse.com

TORONTO -- Tens of thousands of Canadians are expected to flock to see the newest royal couple as their tour kicks off next week, prompting many memories of the time another prince brought his young bride to this country.

Prince William and his wife Kate are set to arrive in Ottawa on June 30, travelling to Quebec, Prince Edward Island, the Northwest Territories and Alberta before leaving July 8 for California.

Just as William and Kate -- also known as the Duke and Duchess of Cambridge -- are expected to draw large crowds, hordes of people tried to catch a glimpse of Prince Charles and Diana as they embarked on their first tour of Canada in 1983.

Having been married for just two years at the time, their story was still very much a fairy tale and Canadians wanted to be part of it, said Richard Berthelsen, an expert in royal tours.

"People were really very excited about it from that point of view, and I think a bit idealistic.'' 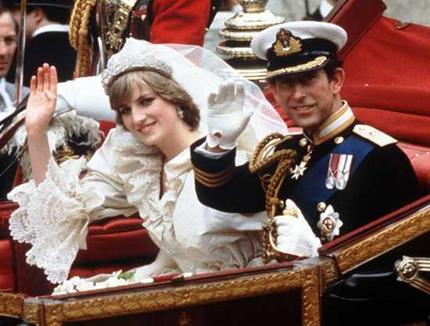 Diana and Prince Charles on their wedding day in 1981

Even though Charles is the heir to the throne and he did all the public speaking on the tour, Diana was clearly the focus of the media attention, said royal expert Carolyn Harris.

Because Diana didn't speak publicly, reporters became fiercely interested in what she said during informal conversations with Canadians who attended their events and began analyzing her every move, Harris said.

The defining moments of that visit in 1983 were Diana's gestures, she added -- breaking with royal protocol and bending down to speak to children, or stooping to pick up an object dropped by someone in the crowd.

"Those kinds of small touches were getting much more attention than, say, Charles making his speeches, which I think was a point of tension in their marriage,'' said Harris, a Queen's University PhD student studying British royalty.

"The Duchess of Cambridge is not going to be doing any public speaking on this particular tour, so it will be interesting to see whether a similar phenomenon arises.''

All eyes will be on Kate, 29, to see how she handles the frenzy and the scrutiny of a major royal tour, but experts predict she'll be better equipped than Diana, who turned 22 on the last day of her Canadian visit.

Kate already has more of a voice in the upcoming tour than Diana did in hers, Harris said. It's unusual for the royal spouse to have much of a say in the itinerary, but Kate's love of the book "Anne of Green Gables'' is said to have influenced the decision to visit P.E.I.

Both William and Kate are expected to bring Diana's informal and friendly approach to their first royal tour. They are travelling with a relatively small entourage and in general they seek to live life as normally as possible, doing their own shopping, cooking and washing up, said Joe Little, managing editor of Majesty magazine.

"I think William and Kate are going to be a very different ball game to Charles and Diana,'' he said.