New study says reasons for not casting a ballot ranged from from "too busy" to "not interested". 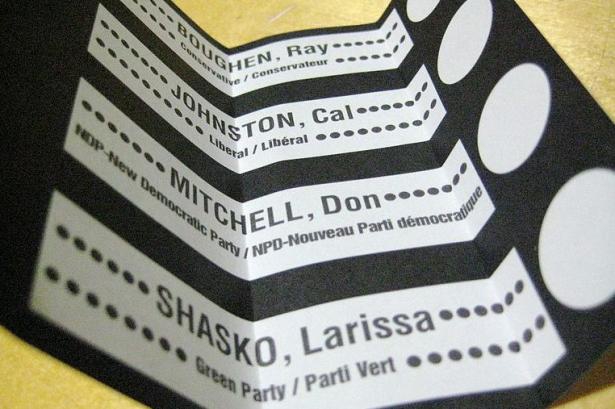 Wondering why the turnout in the spring federal election was so low? A new look at voters who didn't cast their ballots has some surprising answers.

Canadian Press has the details:

OTTAWA -- A new study suggests more than a quarter of the 7.5 million eligible voters who did not cast a ballot in the May 2 federal election said they did not do so simply because they were not interested in voting.

Statistics Canada found another 23 per cent of the non-voters it surveyed said they were too busy to vote.

The most common response for not having voted was that they were "not interested in voting'' (28 per cent), which also includes feeling their vote would not have made a difference in the election results.

The 23 per cent who said they were "too busy,'' includes having family obligations or having a schedule conflict at work or school.

Another 10 per cent told StatsCan they were out of town or away, while eight per cent reported they did not like the candidates or campaign issues.

About 29 per cent of male non-voters said they did not vote because they were not interested, compared with 26 per cent of women.

Men were also slightly more likely to report that they were too busy to vote. However, female non-voters were more likely than men to indicate they did not vote because of an illness or disability (11 per cent versus six).

Reasons for not voting differed across age groups.

The most common reason among young people aged 18 to 24 who did not vote was that they were not interested in voting -- 30 per cent. Another 23 per cent reported they were too busy, while 11 per cent said they were out of town or away.

For adults aged 25 to 34 who did not vote, 31 per cent indicated they were not interested in voting, while 30 per cent said they were too busy.

The proportion of people who did not vote because they were not interested or they felt their vote would not have made a difference was above the national average in four provinces: Newfoundland and Labrador, Nova Scotia, Quebec and Saskatchewan. The percentage was highest in Quebec (35 per cent).

We get the government we deserve