Work must be "science-based and science-led". 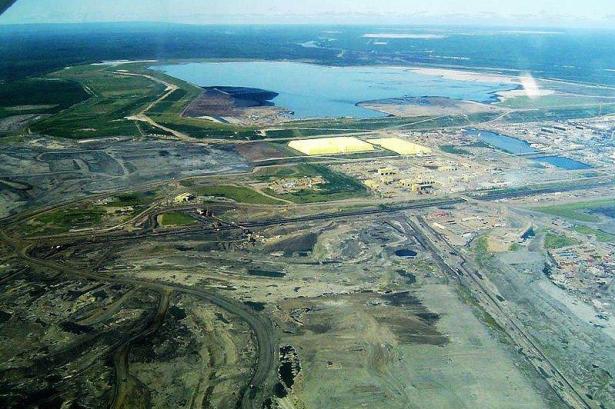 As the debate continues in British Columbia about opening our coast to tankers transporting Alberta crude, there's a debate under way in Alberta too -- about how best to monitor the environmental impact of the oilsands work there.

An independent panel has just recommended that an arm's-length commission be set up to do that work.

EDMONTON -- Alberta should create an arm's-length commission to monitor the environmental impact of oilsands development, an independent panel told the provincial government in a report released Tuesday.

The work would need to be "science-based and science-led,'' said Howard Tennant, one of the panel's leaders and a former president of the University of Lethbridge.

"This is extremely important if we want to make sure that measuring, recording, reporting and interpreting actually takes place,'' Tennant told reporters.

The report is not meant to slam Alberta's current efforts, but rather find ways to better organize them, said Hal Kvisle, the other panel leader, and former chief executive of pipeline giant TransCanada Corp. (TSX:TRP).

"The suggestion that oilsands activity is proceeding without any environmental monitoring is preposterous,'' Kvisle told reporters.

"There's a great deal of environmental monitoring, but it's being done by multiple agencies by multiple organizations and departments, and the answers don't always knit together quite as well as we think they should.''

The commission must also co-ordinate its environmental monitoring efforts with other provincial and federal departments, as well as with universities and other institutions that can contribute their expertise, Kvisle said.

There is also room to improve reporting, he added.

"There are actually many excellent programs that are being operated and conducted in Alberta today, but sometimes the information from those programs is either not made available to the public or is made available in a way that is less than transparent and clear.''

The panel calls for increasing Aboriginal input in the design of the monitoring system. The group's work would begin with the Lower Athabasca Region.

Renner said he's releasing the report in advance of an in-depth government review in the interest of transparency. He declined to give a time-line for when the government would decide whether to adopt the recommendations.

"I want to make it very clear that we have no intention of leaving this report on the shelf. There needs to be a vigorous, rigorous review of the recommendations and we need to move forward as quickly as we possibly can,'' Renner said.

Greenpeace campaigner Mike Hudema said while he hopes the panel's recommendations are implemented as soon as possible, preventing damage from the oilsands in the first place would be more worthwhile.

"Better monitoring on its own only measures how bad the damage from the tar sands is; it doesn't prevent that harm,'' he said in a statement.

"The Alberta government has been forced to take this first step, but we now expect it to take the next step and actually start living up to its responsibilities to protect Alberta's communities, waterways and wildlife from tar sands pollution. It is time for this government's track record of failure on environmental stewardship to end.''