A staple of Calgary Stampede style gets a royal twist 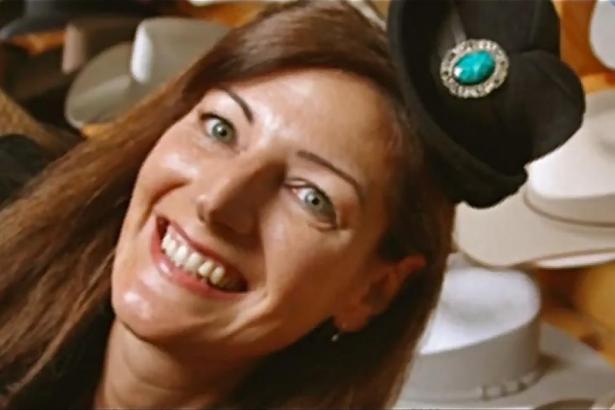 Remember the endless debate about those odd little mini-hats -- known as "fascinators" -- that turned up at the royal wedding of Prince William and Catherine Middleton?

Well, it's about to take on a whole new Canadian flavour, thanks to a Calgary woman who has downsized the Stetson just in time for the royal newlyweds' visit to the Stampede City.

CALGARY -- A staple of Stampede style is getting a royal twist to welcome the arrival of Prince William and his hat-loving bride Kate to Calgary.

While the Duke and Duchess of Cambridge will participate in a special white-hatting ceremony tonight, it's miniaturized versions of cowboy hats with a touch of British flair that are generating buzz in advance of their visit.

Nancy Cherniwchan and her friends are behind Stampede Fascinators -- a playful tip of the hat to the fanciful headgear favoured by Kate.

But unlike typical fascinators, which can feature avant-garde embellishments or adornments, the Stampede version keeps things simple with its western spin on the concept: little cowboy hats attached to headbands. The Stampede Fascinators are selling at a trio of local retailers for $19.99 and even have their own dedicated Facebook page.

Cherniwchan said the idea was sparked about a month ago when she heard the royals would be in Calgary to kick off the Stampede parade on Friday. With a background in fashion marketing, she started thinking about what look would befit a royal spectator.

Cherniwchan and friends Jennifer Doepker and Anne Fraleigh, who are partners in the project, volunteer on a Stampede committee. While attending a meeting, they raised the idea of the cowboy hat fascinator.

"Everybody was like, 'You gotta do this,''' Cherniwchan said in an interview. From there it was born, really.''

The hats were meant to pay tribute to the couple and their Calgary visit, she added.

"It wasn't meant to be in anyway disrespectful. It was meant to be a fun way of saying, 'Welcome to Calgary,' and blending the sort of British fashion item of the year ... with our Calgary heritage and the significance of the cowboy hat here.''

They snapped up as many of the pre-manufactured mini-hats they could get their hands on and have their fingers crossed that they'll be able to get more prior to the Stampede parade.

One Calgary retailer, Cobblestone Corner, sold out of the 100 fascinators they had in stock and hope to have an additional 500 in by the end of the week. Another shipment is expected in stores by noon local time today.

They haven't tried to send one to Kate, Cherniwchan said -- having her wear it isn't really the point.

"I think our success will be the morning of the Calgary Stampede parade to see hundreds of people wearing cowboy hat fascinators as a little tribute to her, and hopefully have lots of people even with their own homemade ones, or whatever style that looks like,'' she said.

"So hopefully we've got lots of people in Calgary here that will wear their own Stampede Fascinators in just the same light: classy and with elegance.''

Cherniwchan said they'll be doing their own "market research'' during the Stampede to see if there's broader interest in the specialized fascinators.

"I guess I sort of see a lot of maybe younger girls wanting to wear it in future years,'' she said.

"But if it's a one-hit wonder and it's just because all the worlds collided with the royal wedding, the Calgary Stampede and the Duke and Duchess of Cambridge coming to Calgary this year, then you know what? It's been a fun ride.''