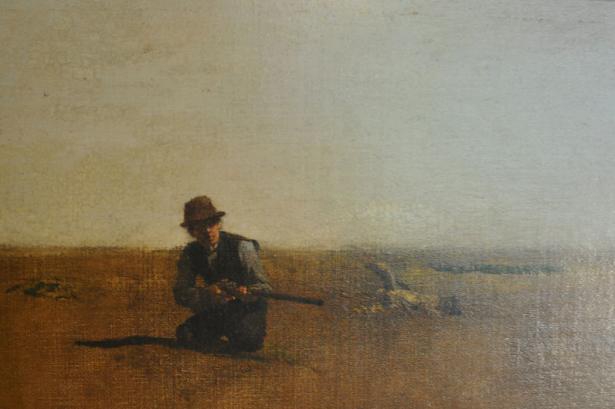 With Ottawa poised to scrap the federal long-gun registry, the province of Quebec is considering setting up one of its own.

If it does, it will have to get by without money from Ottawa, or any of the data now held in the registry, the federal government says.

British Columbia has been silent on whether or not it might move in the same direction that Quebec is contemplating.

MONTREAL -- The federal government says it won't offer any help to provinces thinking of creating their own long-gun registry, whether in the form of cash or even records from the soon-to-be-dismantled federal database.

Ottawa reacted Monday to a report that the Quebec government has a so-called "Plan B'' -- to set up its own registry -- if the federal program is scrapped.

"The information was collected by the federal government for one specific purpose where people understood what was going to be done with that information,'' Michael Patton said.

"The minute you try to repurpose something for something else, then you can't share the information because of the Privacy Act.''

A government source, who did not want to be named, also said the Tories will not be offering any money for the creation of provincial gun registries, either.

The Conservatives have long promised to abolish the program, which they call ineffective and wasteful.

With their powerful majority mandate in hand, the Tories outlined their intention to eliminate the long-gun registry in last month's throne speech. Prime Minister Stephen Harper's legislative majority would have no trouble killing the registry.

His plans have met the stiffest resistance over the years in Quebec, which became a hotbed of the gun-control movement after the massacre of 14 women at Montreal's Ecole Polytechnique in 1989.

Patton said Quebec or any other province remains free to build its own registry from scratch.

"We're getting rid of the gun registry, but provinces are entitled to do whatever they want to do,'' he said.

"Canadians gave our government a strong mandate to end the long-gun registry once and for all and that is exactly what we intend to do.''

Supporters of the registry say it saves lives, particularly in reducing the use of firearms in domestic disputes, suicides and attacks against police.

Quebec Public Security Minister Robert Dutil told The Canadian Press that civil servants are considering a provincial registry if the Conservatives deliver on their promise to ditch the federal one.

But Dutil said his priority is focused on convincing the Conservatives to keep the registry alive.

The Quebec government has long supported the registry. During the 2008 federal election campaign, Premier Jean Charest urged the parties to maintain it and reinforce gun-control regulations.

A spokesman for Dutil said Monday that provincial civil servants are studying a range of potential solutions to the likely abolition of the federal gun registry.

"It's too early to know if, yes or no, there will be a Quebec gun registry,'' said Mathieu St-Pierre.

"If there are elements that we need -- records or other things -- the (civil servants') study will say whether it's one of the proposed solutions.''

There are about 1.7 million registered firearms in Quebec -- the second-most in any province -- according to recently released statistics from the Canadian Firearms Program.