Oilsands will be exploited in socially, physically responsible way: Minister

Statement issued as debate continues over how energy policy should be shaped. 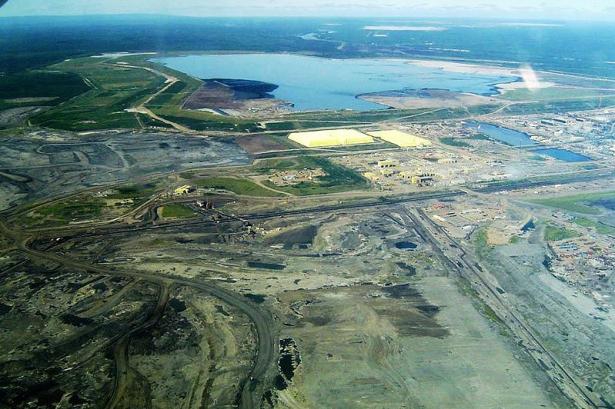 As energy ministers meet to hammer out an apporach to energy development and debate continues over how that policy should look, Canada's Natural Resource Minister Joe Oliver has weighed in with his own thought.

The oilsands should be developed in a socially and environmentally responsible way, he says.

KANANASKIS, Alta. -- Energy ministers began meeting in Kananaskis on Monday to start laying the groundwork for a national energy strategy -- but there are widely diverging views about what such a policy should look like.

Federal Natural Resource Minister Joe Oliver and some of his provincial and territorial counterparts visited oilsands sites in northern Alberta on Sunday and Monday before heading to the picturesque Rocky Mountain retreat.

Oliver said the tour reinforced his view that the oilsands can be developed in a sustainable way, and that doing so is a "tremendous, tremendous'' benefit to Canada.

"The government of Canada and my provincial colleagues are concerned that we exploit this resource in a socially and environmentally acceptable way, but that we do exploit it for the benefit of Canadians,'' Oliver said.

"So I am impressed at the way industry has been moving with an understanding that it's good for business to be environmentally and socially responsible.''

Oliver made his remarks on the tarmac of a small airport just outside Calgary, where the ministers were to catch a bus to Kananaskis, just over an hour's drive away.

Then they visited the massive Syncrude Canada Ltd. oilsands mine, where an empty mine pit has been filled up and covered with vegetation. They also toured Canadian Natural Resources Ltd.'s Horizon oilsands mine, and did a fly-over of the huge development.

"Ideally you would want everyone, but we had a very good turn out and it was an excellent trip,'' Liepert said.

Environmental groups have used video and pictures in their campaigns against the oilsands, also known as tar sands. A year ago, for instance, a billboard campaign designed to spook away U.S. tourists from visiting Alberta showed side-by-side pictures of oil-soaked birds to highlight the impact of ponds created by water from oilsands extraction.

The province and oil industry have responded with publicity campaigns to highlight efforts to minimize further environmental damage and reclaim areas.

Ed Whittingham, executive director of the environmental think-tank the Pembina Institute, said he's not necessarily opposed to the politicians taking a tour of the oilsands, so long as the information they got was balanced and touched on some of the environmental challenges.

"I would sure love them to be touring say, an Alberta wind farm or perhaps a biodiesel refinery to say 'here's the opportunity associated with cleaner sources of energy,''' said Whittingham, who sat in on an open session with the ministers Monday.

Earlier, Liepert reiterated his view that Canada must find more markets for its crude oil if it is to become a global energy superpower. With a more streamlined regulatory process, he has said it's less likely delays will hamper major projects like Enbridge Inc.'s Northern Gateway pipeline to the West Coast and TransCanada Corp.'s Keystone XL pipeline to the U.S. Gulf Coast.

"Currently we really only have one customer and that's south, and you're not going to be a global energy superpower with one customer. So to me, that's a natural starting point,'' Liepert said.

Meanwhile, a coalition of environmental groups took out a full-page ad in the western edition of The Globe and Mail newspaper, asking if the meeting would be "All Hat, No Cattle'' -- a metaphor for empty talk.

"There's been a lot of chatter from the oilpatch and from the Alberta government about the need for a national energy strategy. The idea may have some merit if done well,'' the ad said.

"But if it's just an excuse for more global warming pollution from more oil expansion and more pipelines, then it will be a bunch of empty talk -- all hat and no cattle.''

The ad goes on to say a real energy will help Canada reduce its fossil fuel use, and focus more on renewable energy.

An alliance representing forestry, agricultural, forestry, renewable energy and biotechnology industries said Monday a broad range of natural resources should be included in a national energy strategy -- not just oil and gas.

For example, Avrim Lazar, head of the Forest Products Association of Canada, said Canada should make full use of biomass waste from the forestry industry.