General approach won't be fleshed out with details for some time, they admit. 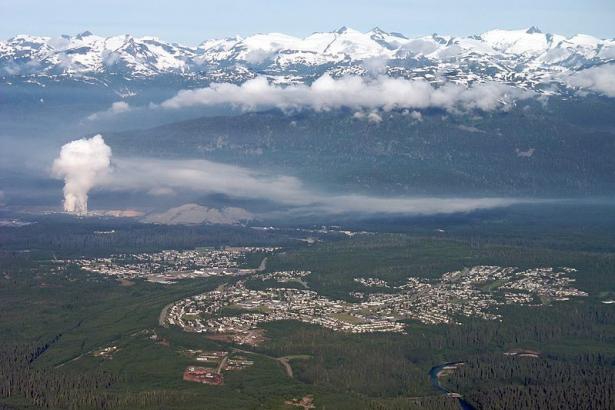 There was widespread agreement and a short list of key goals as Canada's energy ministers met to thrash out a new approach to energy development -- but there weren't a lot of details on how to proceed.

And there won't be for some time, they admitted.

KANANASKIS, Alta. -- Ministers emerged from a summit on Tuesday with a rough outline of what a pan-Canadian approach to energy will look like, though it's likely to take many more such gatherings for them to fully flesh out all the key details.

"There were expectations by some that we would come out of this conference with all of the details that would set energy policy for this country for the next several decades,'' Alberta Energy Minister Ron Liepert told a news conference at a picturesque Rocky Mountain lodge southwest of Calgary.

"I can tell you that if there's one recipe for failure, it's trying to do too much at once and get into too many details in the beginning.''

The federal, provincial and territorial ministers agreed to a series of priorities, including expanding the market reach of Canadian energy exports, and streamlining the regulatory system.

In a communique, they also said they plan to boost energy efficiency, improve electrical grids and support Canadians' awareness of energy issues.

"It's very encouraging that we have governments who are issuing this document together. The votes were unanimous in all occasions,'' said federal Natural Resources Minister Joe Oliver. Ministers for British Columbia and Ontario were not present at the meeting.

"We have a really good basis to move forward, and it's incumbent upon all of us to continue the dialogue with Canadians.''

Liepert has long been urging a strategy that would allow Alberta crude to flow to markets outside the United States, overwhelmingly the biggest buyer of Canadian energy exports. In recent days, his federal counterpart has been pounding the same drum.

"America is a great customer, but 97 per cent of our energy is being exported to the United States, and we want to diversify to other markets,'' Oliver said.

"Asia is growing. China, in particular, is now the largest consumer of energy in the world.''

Oliver said Ottawa is supportive of Enbridge Inc.'s Northern Gateway project, a controversial proposal to ship oilsands crude to Asia via a pipeline to the West Coast.

The focus on "one project, one approval'' for new energy and mining developments was appealing to the resource minister for Saskatchewan, a major producer of oil, uranium and potash.

"We've had some delays in projects as a result of two regulatory processes -- federal and provincial,'' Bill Boyd said in an interview.

"We want to try and address those. So think there was good movement in that area.''

Environmentalists applauded the goal of focusing more on energy efficiency and better electrical grids. But they said the ministers' continued support for development of the oilsands -- also called tarsands, mainly by critics -- is the wrong way forward.

"Non-renewable, high-carbon sources of energy are by their very nature unsustainable. Canada needs to plan for a transition away from depending on exports of such sources, like the oilsands,'' said Ed Whittingham, executive director of environmental think-tank The Pembina Institute.

Steven Guilbeault of Equiterre said "it seems that the oil industry got what it paid for -- tacit support for the rapid expansion of the tarsands.'' Environmental groups have been critical that several industry lobby groups and energy companies sponsored the event.

Liepert said the ministers recognize energy and environmental issues are intertwined, but there's little chance of success if they take on too much at once.

"So as we move down this path, as we start on some of these action items, ultimately it's going to unfold that it becomes a joint energy-environment initiative going forward. But let's not set ourselves up for failure.''

The Canadian Association of Petroleum Producers, an industry lobby group, said governments have an important role to play in a Canadian energy strategy.

"The strategy must, however, be grounded in a fundamental view that market forces are the key determinant in decisions on energy supply, transportation and use, both domestically and in Canada's trading relationships,'' the group said in a statement Tuesday.

The next meeting of natural resources ministers will be held in Charlottetown in September of 2012.