Environmentalists pull out Hollywood star power to argue that oilsands crude is too dirty a deal for American refineries. 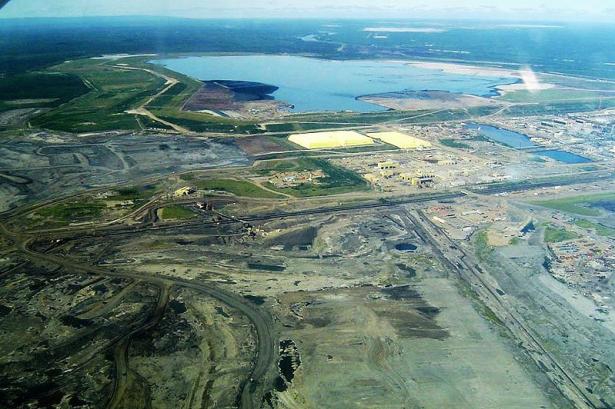 Canada and its oilsands -- known to critics as tarsands -- will be much in the news in the U.S. this weekend as protesters take a massive demonstration to the steps of the White House, arguing that the crude is too dirty to ship south to American refineries.

WASHINGTON -- With the U.S. State Department expected to release within days its final environmental analysis of TransCanada's Keystone XL pipeline, environmentalists are cranking up their protest efforts by employing some Hollywood star power.

Mark Ruffalo, the Oscar-nominated actor, is the latest Hollywood figure to get involved in organized opposition to Alberta's oilsands, asking people to participate in a series of sit-ins outside the White House that begin on Saturday and continue to Sept. 3.

Organizers say some 1,500 people have signed up to participate in the protests.

Ruffalo won't be at the White House on Saturday, but "is likely to join some time in the following two weeks,'' a spokesman for Tar Sands Action, the environmental group behind the protests, said Friday.

In a YouTube clip posted earlier this week, Ruffalo calls on Americans to "put your principles into action.''

"Up north where the tarsands are located, native people's homelands have already been wrecked,'' says Ruffalo, who has also opposed "fracking,'' a controversial process for extracting natural gas, in upper New York state, where he has a home.

Bill McKibben, a journalist and environmentalist who writes about climate change issues, is among those who will court arrest on Saturday. He described the next two weeks as "the biggest organized civil disobedience protests of the climate change movement.''

"We've got people coming to get arrested from all 50 states,'' McKibben said in an interview Friday.

That includes Margot Kidder, the Canadian-born actress who's now an American citizen living in Montana. Kidder will travel to D.C. with three other Montana women, all of whom describe themselves as concerned grandmothers, early next week.

In a recent interview, Kidder didn't have much good to say about the environmental record of her native land, alleging there are few regulatory standards in Canada.

"One of the real horrific results of letting this happen is that we're going to quadruple and quadruple again the output of the tarsands in Alberta because there is basically no governmental control, environmentally, in Canada over the oil and gas industry, far less than there is here,'' Kidder said in an interview this week with the Livingston Weekly, an alternative Montana newspaper.

"The tar sands is the biggest carbon emitter on the planet ... it's using up something like 20 per cent of Canada's allowed emissions alone.''

"The most recent Environment Canada National Inventory Report shows the oil sands are responsible for 6.5 per cent of Canada's greenhouse gas emissions ... and they represent approximately one-tenth of one per cent of global emissions,'' Cooper said.

"The claim that they are the largest emitter in the world is even more ridiculous. The U.S. coal industry emits some 60 times as much.''

Ruffalo and Kidder aren't the first to lend their celebrity to the movement. Danny Glover will also participate in the protests, while "Avatar'' director James Cameron even visited Alberta last year to tour oilsands facilities and nearby communities.

The goal of the sit-ins is to convince the Obama administration to snuff out TransCanada Corp.'s $7-billion proposal to build a pipeline that would carry millions of barrels of oilsands crude weekly through the American heartland and to a Gulf Coast refinery in Texas.

The U.S. State Department is tasked with making a decision on the pipeline because it crosses an international border. After it produces its assessment, U.S. President Barack Obama will have 90 days to determine whether approving the pipeline is in the national interest.

"Here is a decision that gives Obama complete independence from Congress. He can do this all on his own, he can stop the pipeline without any congressional interference,'' McKibben said. "So hopes are high among his base of supporters.''

But with a presidential election just 15 months away, politics is entering the equation like never before. Obama's liberal base is opposed to the pipeline, whereas his most bitter foes in the Republican-controlled House of Representatives -- the people he'll be campaigning against -- are passionate supporters of the project.

There have already been some ominous signs for TransCanada.

Delays in the approval process resulted when the Environmental Protection Agency successfully urged the State Department to conduct the environmental assessment. State's decision to hold hearings in a half-dozen states in the path of the proposed pipeline also made its proponents nervous.

Canadian embassy officials have been devoting long hours to lobbying efforts. One lobbyist says cooler heads are prevailing for the moment, but that full-fledged panic will set in among pipeline proponents if there are any further delays in the process.

The oilsands lobbyists have adopted a relatively new tactic: they're suggesting the pipeline will create thousands of jobs as the Obama administration struggles to bring down the country's stubborn nine per cent unemployment rate.

Environmentalists scoff at that those claims, pointing out they're now vastly higher than they were in TransCanada's original permit application. But at least one observer thinks it's a message that can't help but resonate with the Obama administration as it faces intense criticism that it isn't doing enough to create jobs.

"The damage in terms of job losses, increasing gas prices -- all of it's bad, and it's going to be very tough for the president to rule against the pipeline,'' Chris Sands, a Canada-U.S. relations experts at the Hudson Institute, said Friday.

Sands said he suspects the Obama administration, cunningly, has deliberately done the environmental movement a favour by delaying the approval process.

"It's hard to raise money in this economy, and Keystone XL has given environmentalists a cause. They're raising money, and the delays have given them time to raise even more money. And if they can't raise money, they can't give money to the president's re-election campaign.''

McKibben wouldn't speculate about whether the environmental movement would punish Obama if he gives the pipeline the green light by refusing to support his re-election campaign.

"I'd flip that around: If he stops the pipeline, there will be a jolt of electricity that's sent through his base. And people will say: 'Oh yeah, now I remember why I voted for this guy.'''