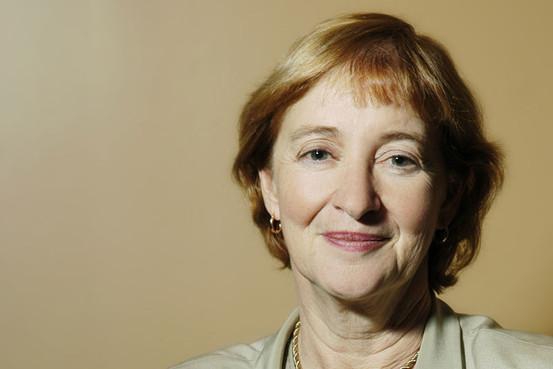 Maude Barlow, head of the Council of Canadians, was arrested in Ottawa for protesting a pipeline to carry tar sands oil from Alberta to Texas.

Arrests are being made in Toronto right now of people protesting the Keystone XL pipeline. Maude Barlow, head of the Council of Canadians, and David Cole, president of the Paperworkers Union of Canada, were the first prominent people to be arrested for protesting the oil sands pipeline, among about 150 unnamed people.  The protesters apparently crossed a barricade at the Peace Tower.  The proposed pipeline would transport oil from the Alberta tarsands to Texas.  Barlow served as the United Nation's first senior adviser on water issue

And a number are continuing to use  a small stool to step across a waist-high fence and are being arrested.

One of the first to be cuffed with plastic ties was Dave Coles, president of the Communications, Energy and Paperworkers Union.

Those seeking to be arrested are moving forward in orderly lines of six or seven at a time, waiting patiently for the police to act.

The demonstration was organized by Greenpeace and other groups who say the 2,700-kilometre pipeline from Alberta to Texas is harmful to the environment in both Canada and the United States.

Brigette DePape, who blogs for The Tyee and became famous when she held up a "Stop Harper" sign in Parliament, addressed the crowd.

She asked people to imagine what the outrage would be "if it was Harper's water made poisoned," or "if the Ottawa river was a tailings pond," and characterized the protest as a last resort.

With files from Canadian Press