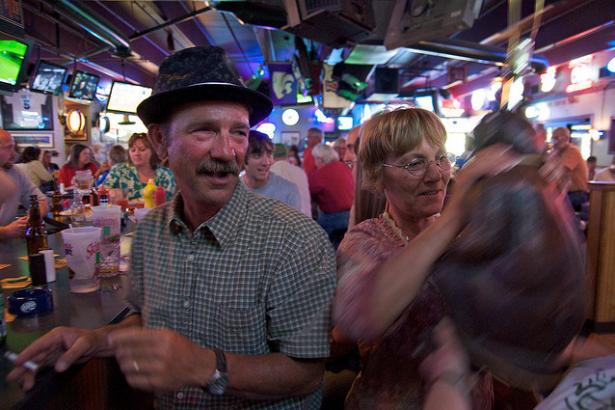 The Human Early Learning Partnership at the University of British Columbia released a report Tuesday calling for the government to spend $22 billion to fix social programs for young families.

The report identifies baby boomers as the wealthiest generation to retire and highlights the intergenerational tension cased by the Occupy Wall Street movement.

SASKATOON - A Canadian research institute says baby boomers are retiring as the wealthiest generation in history while couples with young children are stuck in an economic squeeze.

The Human Early Learning Partnership at the University of British Columbia released a report Tuesday calling on federal and provincial governments to spend $22 billion on social programs to fix a declining standard of living for young families.

It recommends funding a system that prevents parents from spending more than $10 a day on child care and allows for 18-month parental leaves from work.

Public policy professor Paul Kershaw, a self-professed crusader for families, released the findings in Saskatoon with colleagues from the University of Saskatchewan. He said he wants the report to be part of the Nov. 7 provincial election debate in Saskatchewan.

"If we really want to make sure the family remains at the heart of Canadian values, then we have to start talking about serious policy innovation and substantial reallocation of resources,'' Kershaw said.

"We have a generation that's squeezed.''

Occupy Wall Street movements have recently spread around the globe denouncing corporate fat cats and the widening gap between haves and have-nots. Kershaw said the protests show people care about economic parity. But they're forgetting that "intergenerational tension'' also plays a role.

Baby boomers won the economic lottery and are soon to retire "as the wealthiest generation we've ever seen,'' he said.

Accounting for inflation, young couples on the other hand are bringing in nearly the same household income as those before them did 30 years ago, even though there are more women in the workforce, he said.

His report blames skyrocketing housing prices and expensive and elusive daycare. It said the average housing price in Canada has jumped 76 per cent since 1976.

Although Quebec is ahead of other provinces by providing $7-a-day child care, there also need to be national requirements for quality care, Kershaw suggested. Child-care workers need to be appropriately trained and paid.

"People leave the child-care sector, because they can make better wages at Tim Hortons.''

Kershaw added that parental leave should be increased to 18 months from 12, especially to give dads more time at home with their children. The report recommends insuring 80 per cent of parental income, up to $60,000 a year, double the existing benefit.

The report also said the federal government should give employers incentives to reduce the work week by three to five hours for those working more than 40 hours a week, so they can spend more time with their families.