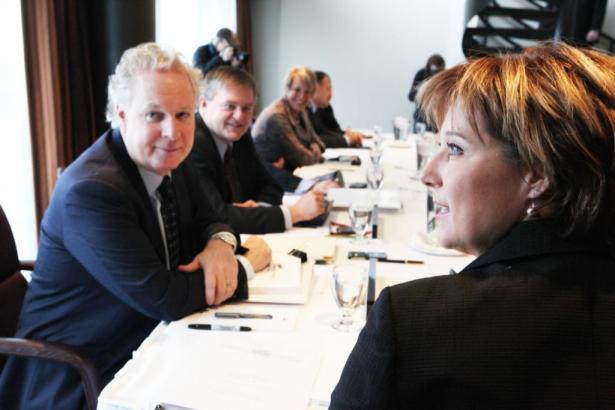 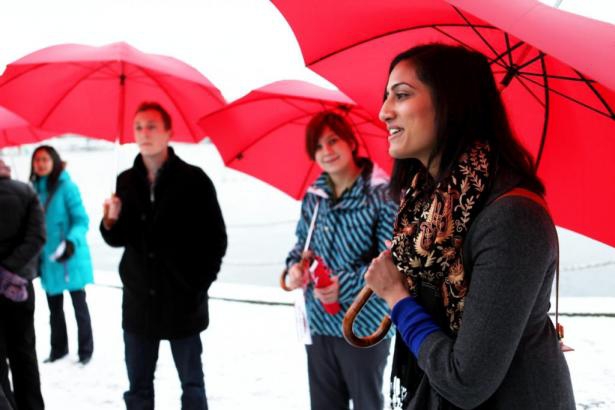 As premiers met in Victoria, red umbrellas represented the public health care system this morning, at a demonstration held by Canadian Doctors for Medicare. Photos by David P. Ball

Only hours after Quebec's leader offered the strongest rebuke yet to a new federal medicare formula, B.C. premier Christy Clark announced that premiers have reached consensus on rejecting Ottawa's unilateral decision to cut funding and step back from medicare.

Premiers are meeting in Victoria until tomorrow to come to an agreement on how to respond to the Conservatives' funding package – announced last month by federal finance minister Jim Flaherty – which will see substantially reduced transfers to provinces relative to expenses, as well as a no-strings-attached approach that signalled Ottawa is stepping back from medicare.

“Premiers were unanimous that the federal government's decision to unilaterally decide funding is both unprecedented and unacceptable,” Premier Clark, chair of the Council of the Federation meetings, told reporters. “We want to be constructive, not confrontational.