Opposition vote-stealing allegations are unproven, but misleading election phone calls are now reported in up to 200 ridings - some of them razor-thin Conservative wins as low as 18 votes. VO crunches the numbers to bring you 11 "Tory majority" fraud-call ridings to watch. 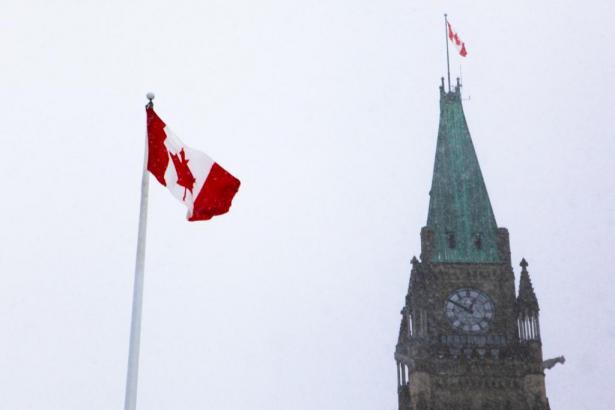 Parliament Hill will be the site of a heated debate during Question Period today over alleged electoral fraud. Photo by David P. Ball

The vote suppression scandal from the 2011 election continues to deepen, with the number of ridings allegedly targeted ballooning to 200 - nearly two-thirds of all Canadian districts - according to Elections Canada's testimony in Parliament. That confirmed a 100-riding media-based tally on the Sixth Estate blog (significantly higher than the National Post's 57-count).

The tightest race alleged to have been affected by fraudulent calling was northern Ontario's Nipissing-Timiskaming, where Conservatives squeezed in with only 18 votes - it was added to the robo-call list on February 28. The top 11 "robo-call" ridings - the number needed for the Conservative majority - amount to a 7,735 vote margin - 0.05 per cent of voters. Now, roughly two-thirds of Canadian ridings have reported illegal calls.

The Liberal Party joined the NDP in alleging that Conservatives may have stolen dozens of ridings with illegal phone calls – both rudely impersonating opposition parties, or sending voters to wrong voting stations – and have called for a public inquiry and criminal investigation. The Conservative Party continued to state the incidents were isolated and not sanctioned by the party in any way.

With only 11 House of Commons seats buffering their majority rule, just how close were the Conservative-won ridings in question, and are allegations of vote-stealing in any way feasible?

The Vancouver Observer crunched the numbers to bring you this list of the top 11 closest Conservative victories alleged to have been targeted by fraudulent calls – which may have discouraged or disenfranchised voters. We will add new ridings as they are added to the list – others could be even more tighter victories – in any case, opposition parties and some experts are suggesting the possibility of criminal charges, or even by-elections in the future.