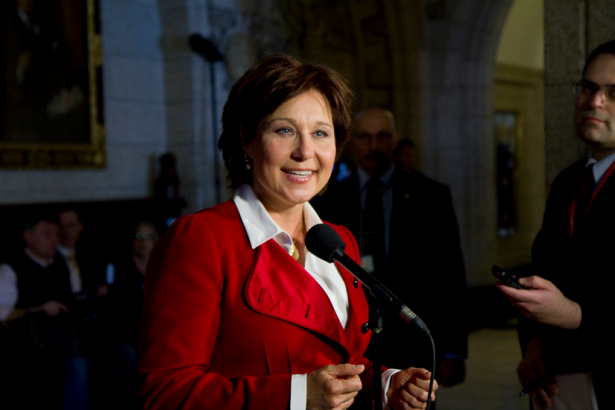 Photo from BC government site

Premier Christy Clark’s government is caught up in the scandal surrounding the Ontario Liberal government over the billion dollar-and-rising cost of cancelling two planned natural gas electricity generating stations in that province in 2010.

A committee of the Ontario Legislature wants to question the executive director of the BC Liberal Party, Laura Miller, about the most explosive part of the scandal—allegations that last year, her partner, Peter Faist, destroyed electronic documents in the case under the direction of McGuinty's former chief of staff, David Livingston.

The scandal has exposed the very close personnel ties between Clark's party and government and the Liberal Party of disgraced former Ontario premier Dalton McGuinty.

The proposed generating stations were both located in the Toronto region. The cancellations were decided by McGuinty in response to environmental protests and other concerns.

One of the reasons for the exceptional cost of the cancellations is that the McGuinty government decided to richly compensate the builder-to-be of one of the gas plants, in Oakville, none other than the TransCanada Corp. of Energy East tar sands pipeline fame. Ontario Auditor-General Bonnie Lysyk recently concluded there was no need to compensate the company so heavily.

Peter Faist is an IT professional who accessed four computers in the Ontario premier's office last February 6 and 7. He was under contract to provide IT services for the government caucus and the Ontario Liberal Party. Both contracts have ended and the Globe and Mail reports that Faist has recently moved to British Columbia.

Livingston is alleged to have obtained the all-access password to the computers for Faist. Ontario Premier Kathleen Wynne says none of the players had access to her office after she was sworn in to replace McGuinty last Feb. 11.

Miller, Livingstone and Faist are also refusing to speak to Ontario Provincial Police investigators. Miller says police will not provide assurance that any information she provides will not be used against her later.

An NDP member of the Ontario legislature committee, Peter Tabuns, has penned a letter to Premier Clark asking that she allow Miller to testify. "I would expect that the premier of B.C. respects rule of law and wants to see it respected by her staff and her colleagues," Tabuns told the CBC last week.

Premier Clark responded that Miller "needs to make her own decisions" about whether to co-operate with the OPP. "She is a person of absolutely sterling character and she works incredibly hard for our party and for our province," she said.

Sharon White, president of the B.C. Liberal Party, has also defended her party operative. In an emailed statement to CBC last week, she said, "From here, it looks like they are gearing up for an election. I'm not going to comment on their politicking. I will say that if Laura decides to attend committee in another province, it will be her own decision."

Miller served on the B.C. Liberals' election campaign team last year, as did McGuinty's former top strategist, Don Guy. Dalton McGuinty resigned as premier of Ontario in 2012. Last year, he resigned as an elected member of the Ontario legislature.