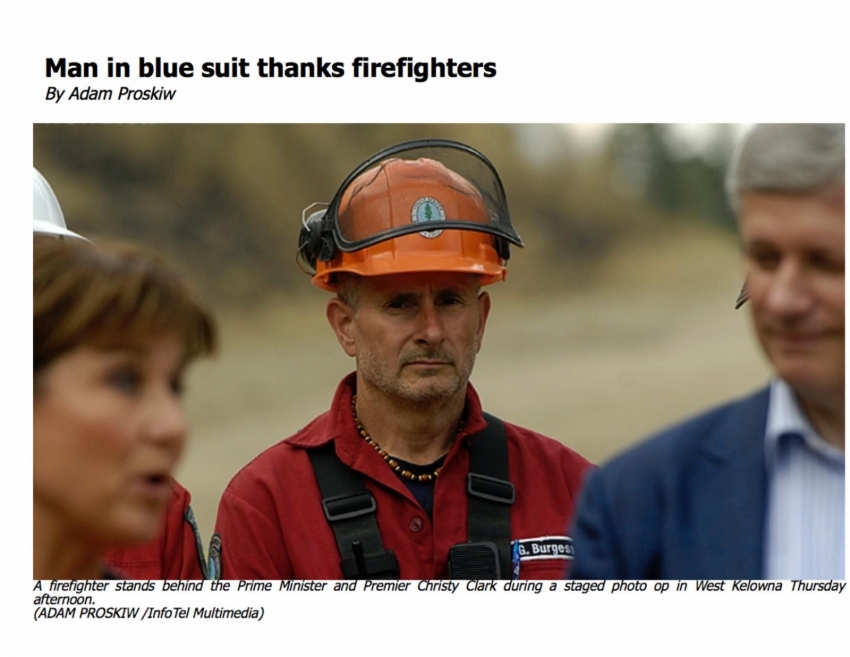 Local media in B.C.'s Thompson Okanagan region scorched Stephen Harper on Thursday. As fire-fighters battling a wildfire near Kelowna were interrupted for a photo-op with the prime minister and Premier Christy Clark, Infonews.ca published a story under the headline "Man in blue suit thanks firefighters".

Declining to cover the prime minister's appearance as a straightforward news story, reporter Adam Proskiw instead reported on the disruption caused to firefighters by political appearances.

Noting that firefighting is not a federal responsibility, Proskiw reported:

Handlers for the federal and provincial leaders promised reporters a chance to ask questions but B.C. Premier and local MLA Christy Clark answered only two, while the Prime Minister declined to answer all but one question. He made various statements about firefighting efforts, including a possible discussion sometime in the future about sharing in firefighting efforts. 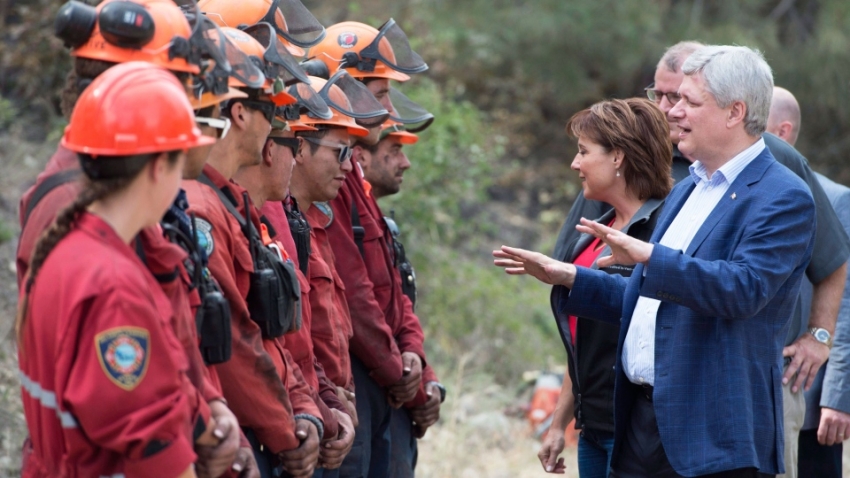 Infonews.ca editor Marshall Jones told the Huffington Post that the photo-op "wasted a lot of time for everyone involved," and commented that politicians can thank firefighters without taking a photo-op.