CNOOC optimistic about Nexen buy amid FIPA controversy: The SinoFile

The company cites Chinese politics and economy as a reason why the deal may not end up as planned. 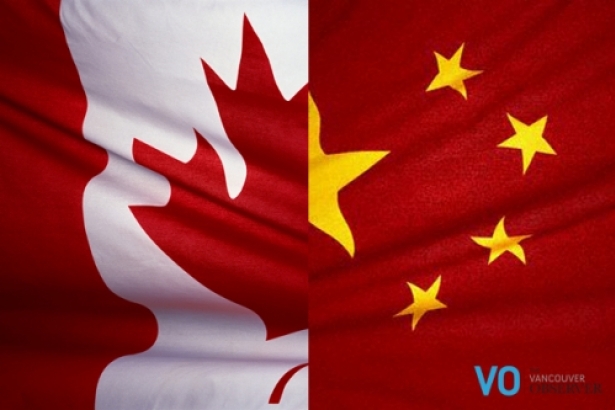 Chinese state-owned offshore oil and gas producer CNOOC (Chinese National Offshore Oil Corporation Ltd.) announced Tuesday that it has completed its acquisition of Canadian natural energies company Nexen, after a long battle with Canadian environmentalists that did not prevent regulators from approving the deal.

The company is waxing optimistic about the economic prospects in its acquisition of a company with international holdings, from the United States to Africa.

“The company is delighted to acquire a leading international platform through the acquisition of Nexen. We strongly believe that this acquisition is a good strategic fit for us and will create long-term value for our shareholders,” said CNOOC chair Wang Yilin in a release.

The company's chief executive officer, Li Fanrong, lauded CNOOC's acquisition of a “diverse company with attractive growth prospects,” in a deal that cost the company a whopping US $15.1 billion for the Canadian enterprise's common and preferred shares.

But the excitement is tempered by a series of prospective challenges a Beijing-owned company may face at the helm of an energy company headquartered in Canada – what is the epicenter of a series of global environmentalist movements.

A “Note to the Editors” below Tuesday's CNOOC press release – longer than the actual release itself – offered the anglophone presses something of an English lesson.

Among the reasons why the Nexen deal may not pan out, according to the disclaimer, are “economic and political conditions in the People's Republic of China.”

An editorial published today by China's national Xinhua News Agency, entitled Challenges ahead as CNOOC acquires Nexen, noted that although regulatory bodies -- in Ottawa as well as Washington -- have approved the deal, CNOOC has “made commitments regarding transparency, disclosure, commercial orientation, employment and capital investment” designed to enrich the Canadian economy.

In the article, a professor at China University of Petroleum, Wang Zhen, predicted that the company's operations would be tempered by environmentalist concerns.

“As environmental awareness expands worldwide, CNOOC should also shoulder its due social responsibilities in its global operations,” Wang told Xinhua.

The Hupacasath, a British Columbia-based First Nation, is currently engaged in a legal battle against the Canada-China Foreign Investment Protection Agreement (FIPA), a treaty between Ottawa and Beijing that would enable Chinese businesses to sue Canada for legislation and regulatory measures deemed prejudicial to its interests.

Various analysts have noted that CNOOC would likely find it much easier to bypass environmentalists, lobbying against its interests, if the FIPA were passed.

The Hupacasath have filed an affidavit in their case against the FIPA, which they say would infringe on their pre-existing Aboriginal right to resources – The band has accused the government of neglecting to consult with First Nations in the treaty, as Ottawa is bound to by Section 35 of the Canadian constitution.

CNOOC Ltd. Shares fell by 1.7 percent, closing at about US$1.94 on the Hong Kong Stock Exchange (HKSE) after Tuesday's announcement.

Vancouver's Chinese pop star to draw in tourism: The SinoFile

Beijing says you CAN get married in the Year of the Snake: The SinoFile