A BC 'David' formally launches its campaign against 'Goliath' in faraway Ottawa -- and Beijing. 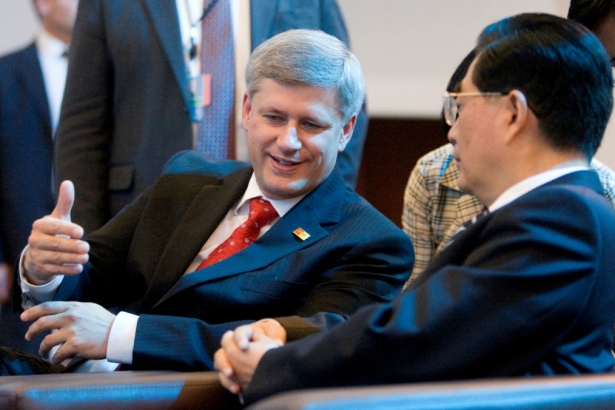 If Canadian legislators do sign a pending 31-year trade agreement with China, it likely won't happen anytime soon – not if First Nations and other Canadians across the country have anything to say about it.

A BC First Nation has formally launched its campaign to prevent Ottawa legislators from signing a trade agreement with Beijing that would enable Chinese businesses to sue Canada for legislation deemed prejudicial to their interests.

The Hupacasath First Nation filed affidavits Friday in its case against the Canada-China Foreign Investment Protection Agreement (FIPA), which the band maintains will infringe on preexisting aboriginal rights to resources.

The government now has one month to compile evidence and file its own affidavits, at which time authorities will set a court date. But the Hupacasath are prepared to file affidavits in response to the Harper administration's, lengthening a judicial process that it hopes will stave off any formal decision by the government.

“It would look really bad if they did proceed to sign the FIPA,” Hupacasath  councillor Brenda Sayers told The Vancouver Observer, “I would hope that they would honour the crown and not sign the FIPA during this process, but as we know, this government is unpredictable.”

Sayers spoke with The Vancouver Observer one day in advance of a press conference with Canadian national media about the affidavits filed and a battle between a small First Nations band and two of the world's leading economies – which Sayers herself has qualified as a kind of “David and Goliath.”

In essence, the Hupacasath  – few in number – are coming up against the business interests of a 1.3 billion people-strong country. But they maintain this isn't about Beijing so much as Ottawa.

“The fight isn't with China – it's with the federal government, which failed to consult with First Nations on the Canada-China FIPA as it should have according to section 35 of the Constitution,” Sayers said.

Although the Hupacasath are adamant that their battle against the FIPA is not at all about China, many across the nation fear that the trade agreement would drastically increase extraction of natural fuels and irritate various problems associated with Chinese companies doing business in Canada.

A recent dispute over a company with Chinese holdings outsourcing Canadian jobs to the People's Republic has prominent syndicalists behind the Hupacasath. Representatives of the BC Federation of Labour and the Canadian Auto Workers Union are expected to attend tomorrow's press conference.

Since Sayers announced the Hupacasath's pending legal action to Canadian national media in late January, the band has worked to raise funds for their legal action which are estimated to range in the hundreds of thousands of dollars.

Not only has the Hupacasath started to receive donations from across the country, but citizen advocacy organization Leadnow.ca recently presented the band's chief councillor with some 2,500 letters of thanks and solidarity from across the nation – they were a mix of First Nations and non-First Nations, from Vancouver to further east in Quebec.

“The letters inspire me. They indicate some of the hopelessness Canadians are feelings because of things certain parties are imposing on the people of Canada," Sayers said.

The messages, some of which Sayers shared over the phone, are from old and young. One First Nations grandmother said that her children will sing the Hupacasath's praises for taking a stand on aboriginal rights for generations to come.