Stephen Harper responds to questions about the group of Canadians taking their citizenship woes to court. 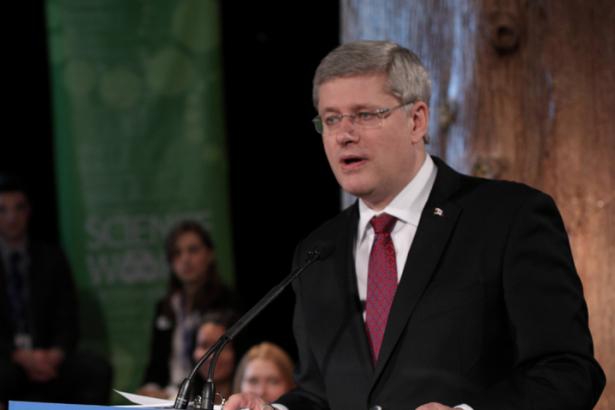 During a press event last week, Prime Minister Stephen Harper responded to questions about a group of Canadians being denied their rightful citizenship due to complexities in the country’s Citizenship Act.

These individuals – the Lost Canadians – are currently in the midst of filing an appeal to federal court for a judicial review, in the hopes that the government will at last grant them citizenship.

"This government had brought in some legislation some time ago to try and deal as best we could with the lost citizenship situation. There are some cases that present some anomalies,” said Harper.

“Because, as you say, certain individuals are taking this matter to court, I obviously can't comment on any specific cases."

The victims of this legislative injustice have been left out for reasons ranging from gender or date of birth to their parents’ marital status. In 2009, Bill C-37 was implemented and recognized over 750,000 Lost Canadians with their citizenship, but the law still left out a smaller group born in particular circumstances.

Some individuals have since been granted citizenship on a case-by-case basis, after filing for special grants through a long and difficult process.

But the group taking legal action now is asking that all residents who lived in Canada before 1947 be granted citizenship.

The current law counts anyone born or living in Canada before that year as a British subject, and as a result many children born pre-1947 inside or out of Canada to Canadian mothers and non-British subject fathers are still not legally “Canadian”.

To read more about the Lost Canadians and their personal stories, see the Vancouver Observer’s award-winning investigative series.