After years of reporting by the Vancouver Observer on injustices suffered by Lost Canadians, it looks like feds are poised to right the wrongs. 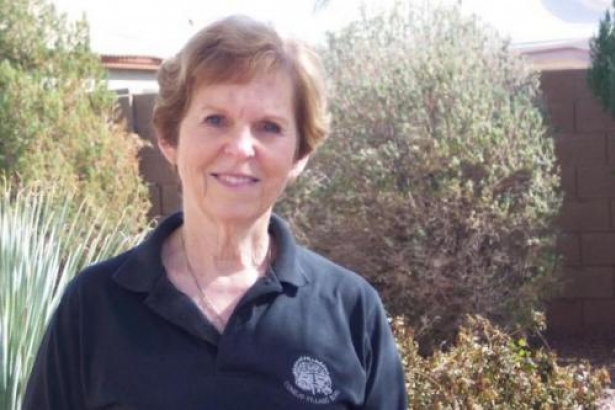 Lost Canadian and war veteran daughter Jackie Scott, who has been fighting a decade for her citizenship.

After years of delays and denial by the federal government, Citizenship and Immigration Minister Chris Alexander said last week he will work on legislation to grant Canadian citizenship to a group of disenfranchised people known as the "Lost Canadians".

It's been a long time coming.

"We want to make sure that those loopholes that have done great injustice to a few people for all of those decades are closed and that Canadian citizenship embraces all of those it should have embraced from the beginning," he told the CBC.

"Some are children of war brides, some have other complicated circumstances which should never have barred them from citizenship, and we have to fix the legislation," the minister said.

Exposing the problem, story by story

The Vancouver Observer has, to date, published more than 60 articles exposing grave injustices in the citizenship laws that leave thousands of legitimate Canadians stripped of citizenship, often for discriminatory reasons including marital status, gender, race and age.

These flaws were ostensibly fixed in 2009, when federal government passed a bill to give citizenship to a large number of Lost Canadians. But some Canadians were still left behind and without full rights.

Incredibly, some of these remaining Lost Canadians had lived, worked and paid taxes for decades in Canada, only to find when they applied for their Canadian pension fund and passport renewals, the government didn't consider them citizens.

Over the last four years, the Vancouver Observer repeatedly asked the federal government why thousands of Canadians remained disenfranchised, and continued to draw public attention to an injustice that many Canadians had never heard about.

"It's the worst feeling in the world, to be told by your own country you're not wanted," said Jackie Scott, a Lost Canadian and daughter of a Second World War veteran and British war bride mother. "When will we be able to cheer and legally and proudly call ourselves Canadian citizens?  I’m excited and impatient to be able to do that, to be able to enjoy that before I die."

Scott grew up in Ontario and didn't find out until her late fifties that the government didn't consider her a Canadian citizen.

The primary reason for her exclusion was because her mother and father weren't married at the time of her birth. Gender discrimination in laws at the time deemed that when children are born in wedlock, they would have to take on the citizenship of their father. Had Scott's father married her mother, she would have been a citizen. At the same time, children born to Canadian mothers and foreign fathers could not receive citizenship through their mother either.

The final straw came for Scott after authorities sent her a letter explaining that she was rejected because father--a soldier sent to England during the war--was not technically a non-citizen.

The Green Party of Canada is calling on the Citizenship and Immigration department to exercise restraint and to ensure that due process is followed in the case Richard Germaine, an elderly First...
Vancouver ObserverDec 13th, 2013
Speak up about this article on Facebook or Twitter. Do this by liking Vancouver Observer on Facebook or following us @Vanobserver on Twitter. We'd love to hear from you.