Disabled children in Iraq struggle to survive amid Mosul fighting

UNHCR, the United Nations Refugee Agency, is a lifeline for people displaced by violence, conflict and persecution—helping them survive, recover and build a better future. Donate today to help the people of Mosul. 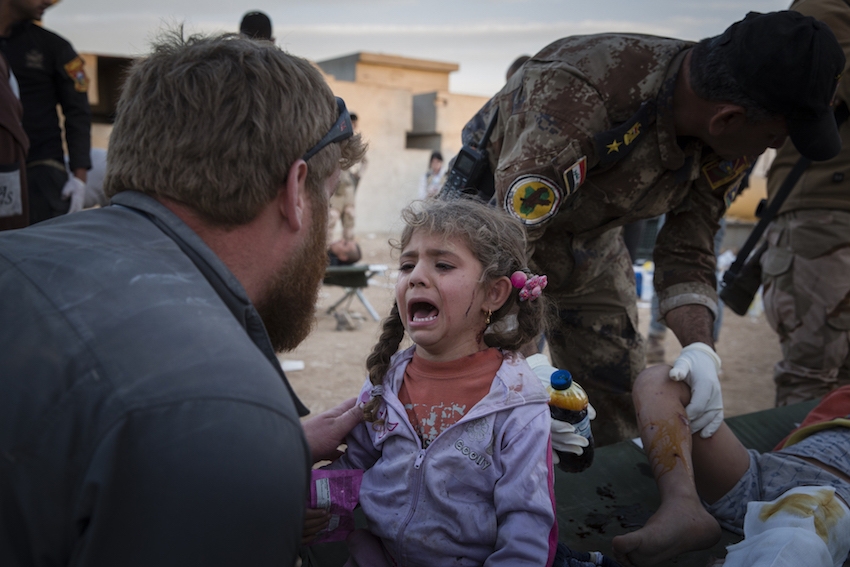 Young children are treated at a first-aid station in the Gogjali neighbourhood of Eastern Mosul after they were injured by a mortar round while trying to flee their homes. Even when people decide to flee their homes in Mosul they must traverse areas that are still within mortar range of nearby militants and are regularly shelled causing civilian casualties. Image: UNHCR/Ivor Prickett 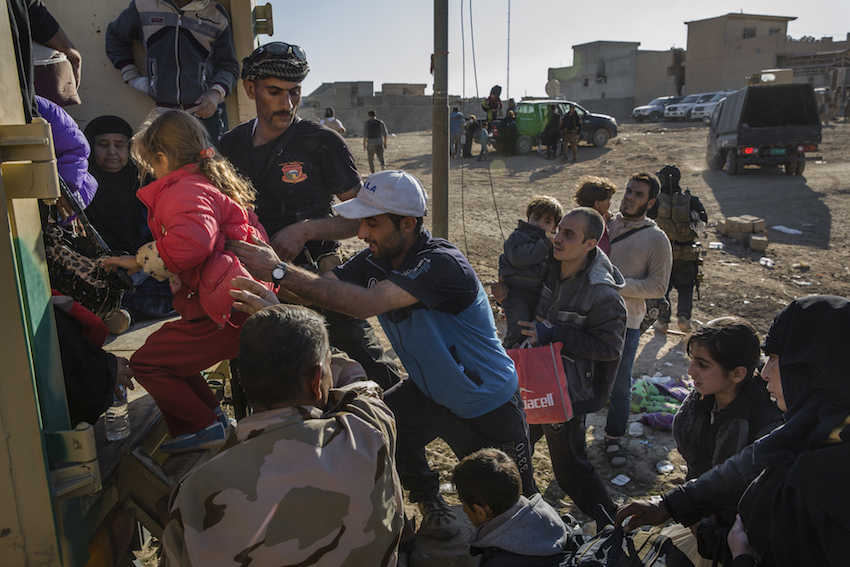 Iraqi families from various neighbourhoods in the East of Mosul flee their homes amidst heavy fighting between government forces and militants and arrive at an Iraqi Special Forces outpost in the Samah neighbourhood. Image: UNHCR/Ivor Prickett

Before they fled from their village just north of Mosul, Fatima’s family struggled to stay alive in their home. “I sat my mother on a rug because she couldn’t move,” says Fatima’s daughter and caregiver, 48-year old Fathiya. “As we heard shelling and the sounds of gunfire all around us, I pulled her from room to room to protect her from bullets that might come through the window.” 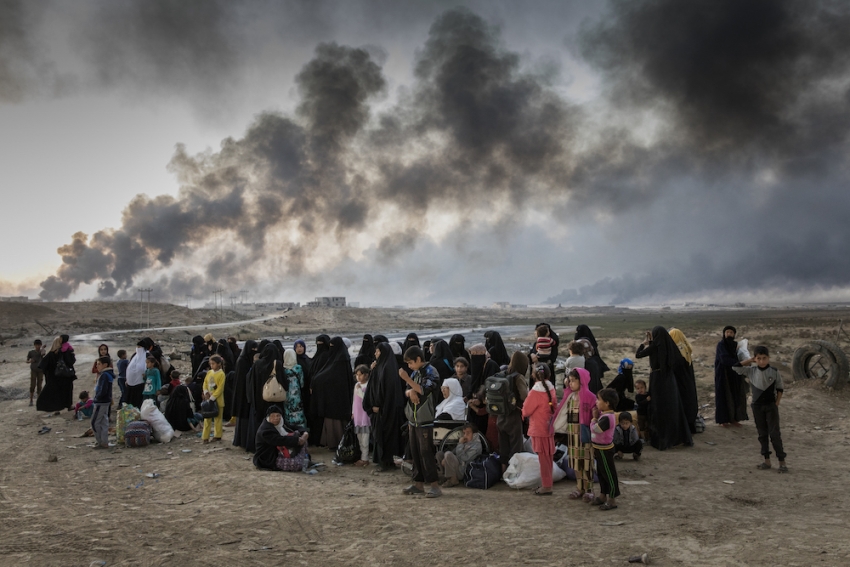 Iraqi internally displaced people (IDPs) in the village of Shora, 25km South of Mosul, reach an Iraqi army checkpoint on the Northern outskirts of Qayyarah. Qayyarah was liberated from ISIS over two months ago but is still engulfed in thick black smoke from oil wells set ablaze by the retreating militants. IDPs who reach Qayyarah are taken to Ja'dah IDP camp. Image: UNHCR/Ivor Prickett

On October 17, U.S.-backed Iraqi government troops and Kurdish security forces began a massive offensive to drive Islamic State fighters from Mosul, the group’s last major stronghold in the country. The result is a major displacement of Iraqis fleeing the fighting, many of whom have been surviving under brutal militant rule for two years.

With six camps already built, the United Nations Refugee Agency (UNHCR) is planning for a total of 11 camps, with a capacity of 120,000 people. The Agency says that more land and further funding must be found to shelter and feed traumatized displaced residents. 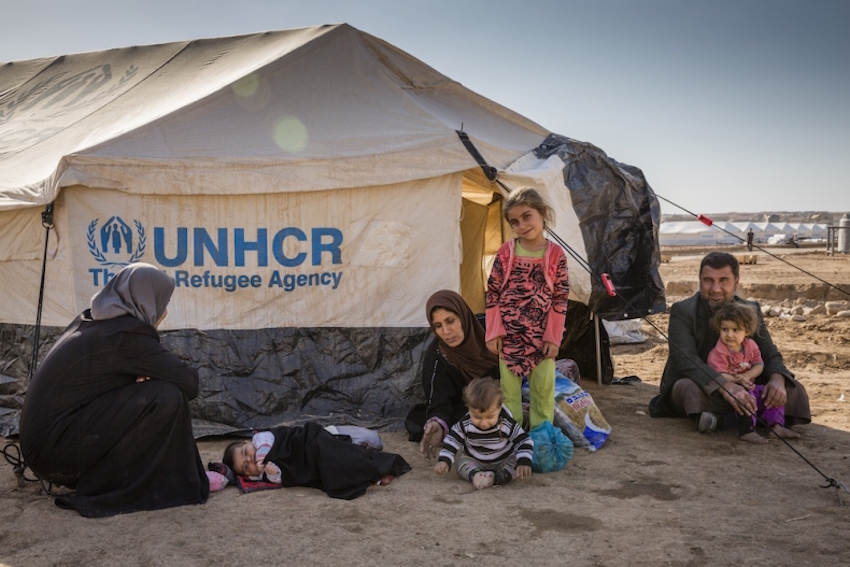 Iraqi IDPs, mainly from Gogjali on the Eastern outskirts of Mosul, arrive at the UNHCR run Hasansham camp, which opened in light of the huge number of arrivals in the past 24 hours. Image: UNHCR/Ivor Prickett

Although she is happy to be safe in the camp, Fatima’s disability makes an already harsh and spare existence—living in a basic tent with communal washrooms—even more of a struggle. That struggle is heightened by the fact that it is now winter—tents are often coated with ice during the night.

“It is difficult to look after my mother here,” says Fathiya. “My sister and I have to carry her to the toilet and she hasn’t had a shower since we arrived.” The family had a wheelchair, but it broke down, and at $200 U.S., a new one is financially out of reach.

When the Qaymawa Camp first opened in October 2016, UNHCR identified more than 20 people with disabilities. More than 4,500 people now live there, with more arriving every day. 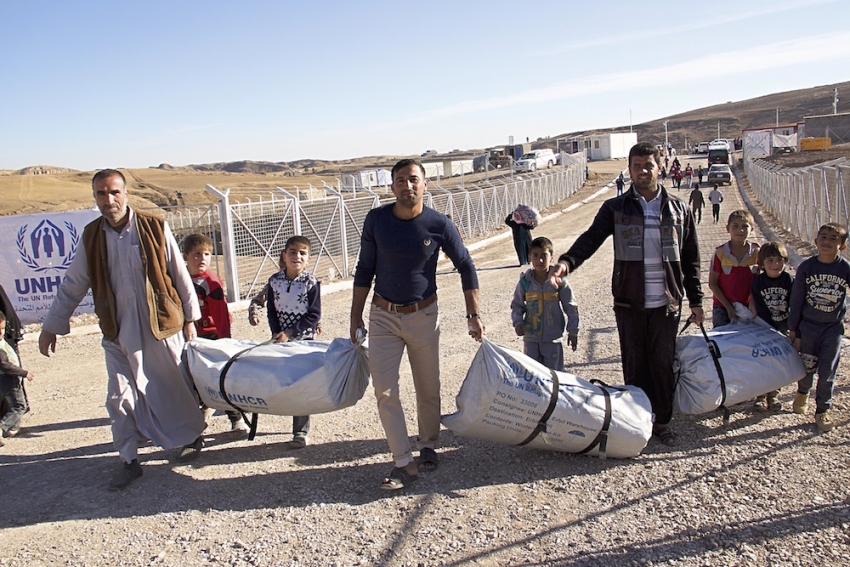 “UNHCR protection officers are currently making a map of the camp to identify those with special needs, so we, along with the Department of Health and other NGOs, can properly respond, including the distribution of wheelchairs,” says Djamal Zamoum, UNHCR Senior Emergency Field Co-ordinator in Iraq.

Fathiya believes that even small measures would help her mother, and other disabled people.

“It would really help if we had a mobile toilet for her, and if there was an empty tent with a bucket of water where my sister and I could wash her,” she says. “My mother misses the light. She asks me to take her out so she can see people and enjoy some fresh air. But it isn’t possible,” she adds.

UNHCR, the United Nations Refugee Agency, is a lifeline for people displaced by violence, conflict and persecution—helping them survive, recover and build a better future. Donate today to help the people of Mosul. 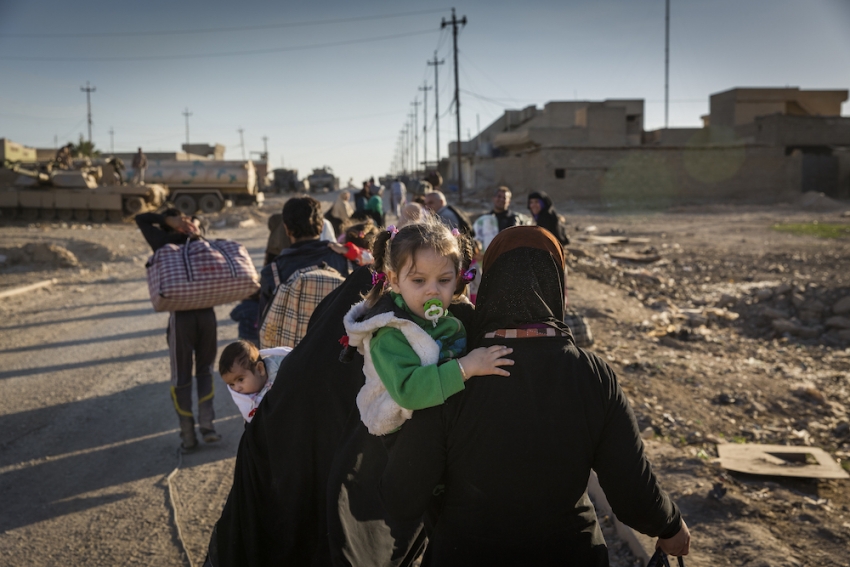 Iraqi families from various neighbourhoods in the East of Mosul flee their homes amidst heavy fighting between government forces and militants and arrive at an Iraqi Special Forces outpost in the Samah neighbourhood. Image: UNHCR/Ivor Prickett 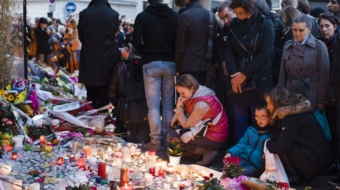 Speaking with those in Paris during the attacks and a friend from the Middle East — give human context to a terrible event.
Olivia FermiNov 23rd, 2015 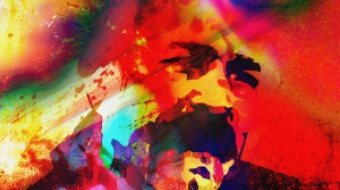 Why China should still care about a restive Arab World: The SinoFile

There are plenty of Bouazizi's in Beijing.
Massoud HayounFeb 8th, 2013 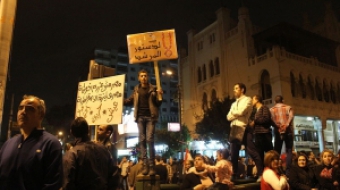 Egypt teeters between winning back revolution and total chaos

With so many factions bumping elbows on the streets of Cairo, can Egyptian youth take back their revolution?
Nancy SalemFeb 7th, 2013
Speak up about this article on Facebook or Twitter. Do this by liking Vancouver Observer on Facebook or following us @Vanobserver on Twitter. We'd love to hear from you.