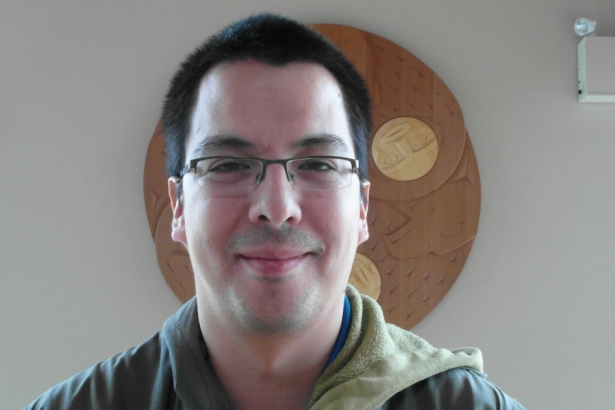 Musqueam councillor Wade Grant of the Musqueam Nation stands in front of the spindle whirl at the Musqueam Cultural Pavilion. Photo by Beth Hong.

On an overcast day, Musqueam councillor Wade Grant greeted The Vancouver Observer at the Musqueam Community Centre with an easy smile. In jeans and a windbreaker, the 34 year old father of two said he wasn't prepared for the letter from MP Wai Young notifying him that he had been awarded the Queen's Diamond Jubillee Medal for "contributions to citizens, community, and country." He was awarded the medal on November 14.

"I feel honored, it's something that was unexpected but I've done a lot to try to enhance the image, not only my community, but of First Nations outside of our regular interactions with different groups. I think that in order for us to move forward positively we need to start different relationships," he said. "To be recognized for that effort, it was quite humbling."

One of Grant's main focuses is creating connections between Musqueam and other community groups, particularly new immigrants to BC. Grant's mixed-race heritage informs his outlook and approach.

His mixed heritage has a definite influence his outlook in his professional life as a Musqueam councillor, Economic Development Coordinator. Grant co-chairs the Vancouver Urban Dialogues Project, and is a board member at the Vancouver Police Board, Aboriginal Tourism BC, the Laurier Institute, and the Canadian Blood Services National Blood Bank.

"I think creating relationships with not just our neighbours but new Canadians and one of the bigger things I've sat on was the Vancouver Dialogues project that have allowed for First Nations Urban aboriginals and new immigrants to interact and learn about each other," he said.

"I think things outside of my community that I am most proud of is creating a greater sense of who we are outside of Musqueam," Grant said about his focus on creating intercultural partnerships.

A vision for Musqueam in modern times

Grant said that another major focus for his community looking forward was to maintain future generations' connections to thousands of years of culture and history, while ensuring that the community looks forward with an entrepreneurial spirit.

Later, Grant paced the room with high ceilings in the Musqueam Cultural Pavillion, constructed as a legacy project of the 2010 Winter Olympics. A portion of the building was showcased as the Four Host Nation Pavilion on the plaza of the Queen Elizabeth Theatre in Vancouver. The Pavillion also houses original Musqueam art and artifacts.

Grant said there are many projects in coming years, some of which are located off reserve such as developing the UBC golf course to create jobs, real estate, and wealth for Musqueam. There's also work to develop a marina.

When asked what his legacy would be, Grant paused to think.

"At this point, the legacy would be the creation of an understanding of Musqueam from the outside looking in, but also trying to build strength in our community that we are good enough to take our rightful place as part of the community that makes up Vancouver, and we have the ability to really help shape the city." 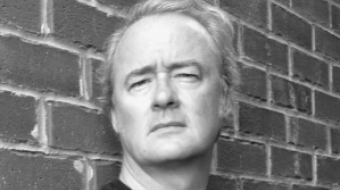 A Liberal spin doctor on how to fight the right 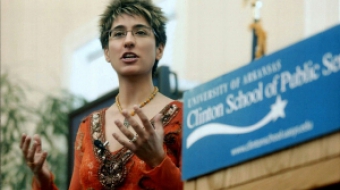 At four, Irshad Manji arrived in Montreal with her family, wearing clothes so unsuitable for Canadian weather that the immigration agent sent the family to Vancouver. “The closest thing we have to a...
Joanna ChiuNov 5th, 2012 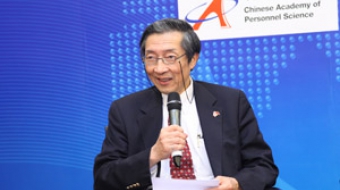 Ready or not, China will be Canada's next major trading partner and the primary destination for many brave new entrepreneurs. The Canada-China Foreign Investment Promotion and Protection Act...
Beth HongOct 24th, 2012
Speak up about this article on Facebook or Twitter. Do this by liking Vancouver Observer on Facebook or following us @Vanobserver on Twitter. We'd love to hear from you.