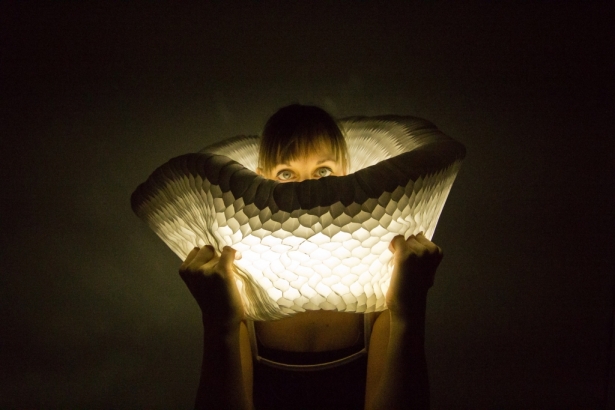 The Firehall Arts Centre’s BC Buds Spring Arts Festival returns with an explosion of distinctly Canadian new works by BC performance artists that explore the theme of Myth, Magic  and Mystery. From May 7 – 11, over 30 different music, theatre, dance & interdisciplinary artistswill take over the every conceivable nook and cranny of the Firehall, turning it into a giant arts factory for three days of inventive and innovative site-specific performance.

BC Buds celebrates the talent and creativity of established and emerging BC artists and gives Vancouver audiences a chance to experience new, experimental performances in an unorthodox setting. Now in its 10th year, it is Vancouver's longest running showcase of budding artists and budding theatre, dance, music and interdisciplinary works.

There are also no less than 12 dance shows in BC Buds this year, including returning artist Meredith Kalaman's inquiry into the sacred feminine in Femme Fatales; and contemporary Aboriginal dance and theatre artist Olivia Davies’ exploration of her mixed heritage and identity with Conversation.

In a phone conversation with Kalaman, as she was waiting to jet off to Toronto to perform with Arash Khakpour, she was excited to be back at BC Buds.

“This is my fourth BC Buds. It’s an excellent place to take risk and develop new ideas that have potential. You can evolve and create  the work around the space and  the audience is up for anything,” she said.

“This is a new piece: it's like where Wicked meets the witches of Macbeth, a contemporary dance-off. It’s a trio for Teghan Fedor, Kate Franklin and myself.”

The festival has been expanded this year to include two additional days of staged readings. These include a Travelling Light a new scientific thriller by award-winning playwright Jordan Hall(Kayak); Marathon a new solo work by TJ Dawe(Medicine, Lucky #9); Fritters in Kandahar by Peter Boychuk (Shelter From the Storm); a reworked version of Sally Stubbs'Kid Gloves (now named And Bella Sang With Us); Wet Ink Collective’s collaboration Nine Modern Muses; and Chelsea Hotel creator Tracey Power’s play inspired by the early stories of Women’s Hockey in Canada, Glory.