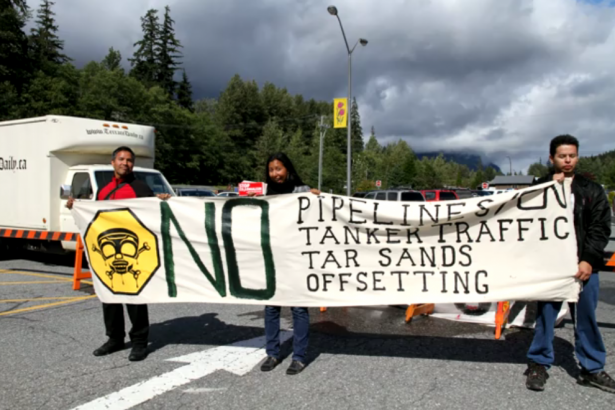 Many British Columbians are appalled at the insulting tactics and language being used by our Prime Minister and the Honourable Joe Oliver, Minister of Natural Resources, in their frenzied bid to get support for the Enbridge Northern Gateway Pipeline Project. Their degrading rhetoric is an affront to thinking Canadians.

Those of us opposed to Enbridge’s pipeline, do so as the project is so full of holes that it’s amazing that it has even been proposed at all. On every level it makes no sense, and when we’re told by PM Stephen Harper and his sidekick Joe Oliver that the opposition is all about foreign radical environmentalists and their money, it demonstrates to us how far out of touch with Canadians they are and how shaky this proposal really is.

I don’t know any ‘radical environmentalists’ and don’t know anyone who is being bankrolled by ‘foreign money’. I don’t see any foreign anything ‘overloading the process’. From my research, the foreign participation in the review process totals less than 3 per cent -- hardly overloading it. With the potential to influence the environment of Alaska with this project, this small fraction seems reasonable. There are record numbers of participants in the Joint Review Panel (JRP) process because much of Canada is appalled at the proposal.

Two upsetting and significant events have underlined the weakness of this project. Firstly, Enbridge’s attempt to bribe the Gitxsan people and make it look like they supported the pipeline should have been a huge red flag to Canadians.

If one has to stoop that low to try and show that you have First Nations’ support, then there’s something seriously wrong with the project.

Then Stephen Harper hiring Alykhan Velshi, from Canada’s most ridiculous organization ‘Ethical Oil’, as his Director of Planning is laughable. If Mr. Velshi really believed what came out of his own mouth, wouldn’t he be against the Enbridge project and suggest that the bitumen be refined and shipped East not West to replace the 55 per cent of ‘unethical oil’ flowing into to Eastern Canada every day? And our PM hired this character?

It is not in Canada’s best interest to:

Everyone around me rejects this project. They include teachers, miners, loggers, clergy people, office workers, fishermen, hospital workers, First Nations, municipal workers, maintenance people and so on. No ‘foreign groups’ or ‘Hollywood notables’, just straightforward honest, thinking, everyday Canadians. The lies and inflammatory rhetoric coming from Ottawa and Alberta underlines the insanity of this project.