Kick Ass female characters don't get the credit they deserve 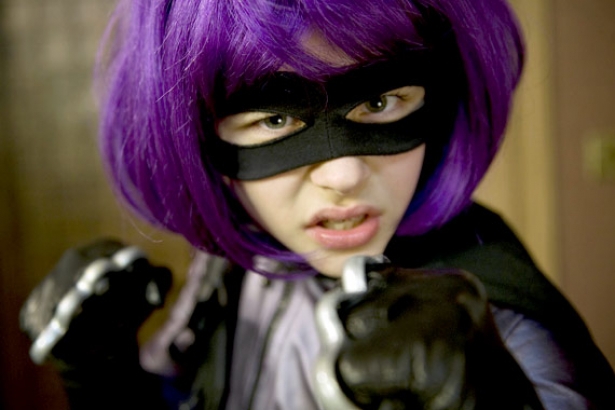 Kick Ass female characters don't get the credit they deserve

I have to admit that I was slightly irritated after watching the first Kick Ass. I never read the comics so I was approaching the story with the eyes of a novice, but what struck me about the first movie was how I unintentionally focused on Hit-Girl above all other characters.

This wasn’t about Hit Girl being my favorite character, this was more than that. I actually left wondering why the movie was entitled Kick Ass and not Hit Girl. I thought to myself, I really didn’t need another male dominated coming-of-age story, what I need is to a story of a young woman raised in a non-normative community in which she not only challenged gender norms, but saw them as separate from herself. And that’s exactly what I got. Yet, somewhere in my mind I was still tormented at the male centrality of it all.

So when Kick Ass 2 rolled out I was not surprised to find that, not only was Hit-Girl yet again far more central a character for me (if somewhat removed from the fighting), but the toughest person by far in the movie was the scantily clad Motha Russia.

Oh, God, not that again!

Again, we see a woman in a male dominated world, fighting for her place at the top. Motha Russia is not only seething with physical power (she towers above everybody, both male and female, and has rippling muscles over every inch of her body) but psychologically this woman demands power, respect and admiration off of everybody she encounters, and is at one point directly depicted “proving herself” worthy of her status and power by killing approximately ten police officers single-handedly.

So again, I walked away from the movie reasonably happy with the representation of female power and women in society, yet still wondering why it had to come wrapped in a male guise. The character Davie Lizewskie or “Kick Ass” is a side character mostly, he’s an awkward boy who falls into a world of renegade superheroes and villains, and he never really retains much agency and relies primarily on the assistance of others to make him in any way remarkable. So, why then is he the focus of the movie?

Well, world, unfortunately it’s the same old story. If Kick Ass is to be based in our society, then of course it has to take on the normative gender roles of that society also, right? Wrong. But this, I’m afraid, seems to be the rationalization. The problem is our society is changing and women are becoming more empowered with each new generation, but there still remains a reluctance to give credit where it’s due.

If these female characters don’t feel awkward in the movie, they don’t feel non-normative, they don’t shock their audiences but often are the focus of the movie, then why oh why are we still titling it Kick Ass? I’m sure many women who see the movie relate to these characters, if not at least know a fellow female that contains the same edge to their personalities, or at least feel empowered by them.

So, if in our society these kinds of representations of female power aren’t surprising (if still under represented in the media) then why have we not yet found the courage to wrap these films in the female centrality that they deserve? Why when we represent women in such positive lights, that we still fall short of making them central?

I know what you’re all thinking, what we see on screen is our reality. It is women fighting and struggling within a male dominated society. I understand this more than most, and Kick Ass does well in providing a positive depiction of strong women.

So Kick Ass 2 does well to demonstrate the realistic difficulties in our society that women face, yet I still pine away for that next step, for a Hit Girl and Motha Russia movie.