Media, please: stop pitting Jennifer Aniston against Angelina Jolie in a "race to the altar" 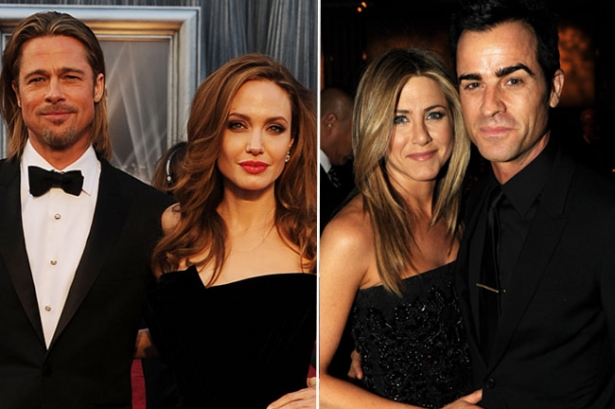 The real story of Jennifer Aniston's engagement to her beau Justin Thereoux is the story of a successful actress in her 40s getting married, for legitimate reasons. Instead, we must suffer the usual barrage of stories turning the real life  announcement into yet another epic battle on Planet Jennifer Aniston (America's hapless sweetheart) versus Angelina Jolie (the evil witch). This time, it's the "race to the altar" edition with rumors of Angelina Jolie and Brad Pitt getting married as well last weekend.

Here are the facts: Aniston, 43, and Theroux, 41, are set to wed after the actress accepted a marriage proposal this past Friday from her actor and screenwriter boyfriend of just over one year. Seven years ago, Aniston and Pitt broke up. Pitt got together with Jolie, and Aniston moved on. Enough said, right?

CNN reported that fans "questioned" whether Aniston would "find a soul mate, especially after Pitt united with actress Angelina Jolie and their family grew.”

The UK's Daily Mail stated that the announcement allows for Aniston to finally upstage her ex-husband and the: “woman he left her for.”

This is ridiculous and degrading to both women, who are accomplished, successful and admired by many young girls and women. Is it too much to ask that their successes, personal and professional, gets covered in a way that doesn't portray them as cartoon caricatures?