Video games that are praised as having LGBT characters are listed online for those curious wanting to know the current pantheon of gay characters. It should be noted that there are only a few in this list that are both lead characters and in a triple A video game. 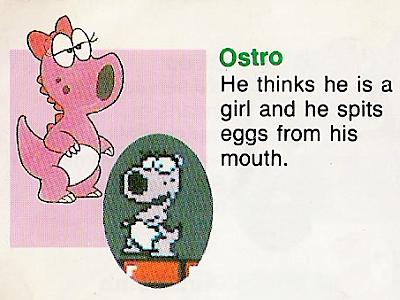 The Canadian video game developer, Bioware, is highly regarded online as being LGBT inclusive. They developed Dragon Age and Mass Effect, which allows players to romance characters. Players can romance both genders, Mass Effect 3 being the only one in its series where the male character can court fellow males.

David Gaider, a senior writer at Bioware who wrote the relationships in Dragon Age, points out he was asked for a gay toggle by a fan. The toggle is exactly how it sounds: the user must have a setting right in the beginning so he can choose to get hit on by men or not to get hit on by men. (Hey, can I get this toggle when I go to the bar?)

Gaider points out the suggested toggle's absurdity in his talk, "Sexism and Sexuality in Video Games" at the Games Developers Conference 2013. 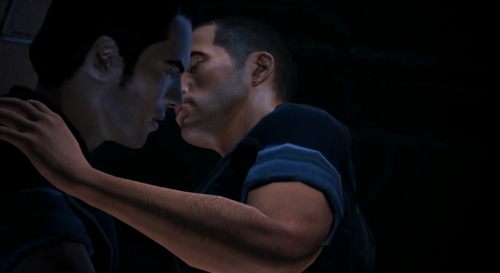 “Historically, there has been very little content with LGBT themes or options in video games and other geek media. We hope to show the world that that this audience not only exist, but is flourishing," said Matt Conn, the Director of GaymerX.

For people who think sex isn't a big deal, here's a scenario.

Suppose Betty, who is fairly conservative, takes a second to greet her coworker, Sam. Betty politely asks, "How was your weekend?"

Sam replies: "I went out with George this weekend. We had dinner at Six Acres, and we just hung out at home and played with our dog. How was your weekend?"

Sam feels more comfortable now, "George is really sweet, and we're going on a date tonight. I met him three months ago while I was at the Lennox pub, watching the Canucks game."

The next part, I want everyone to insert themselves. Would anyone actually have the audacity to say: "Leave your sexual orientation out of my workplace! It has no place here!"

So, who is making it a "big deal", if someone reacts poorly to someone openly identifying? Is there another way Betty could have expressed her discomfort without having to make the environment tense?

Why is this any different in the video game world? Events like Pride and GaymerX do not exist to make sexual orientation a big deal. "Big deal" is an angry term towards that defeats the idea of raising awareness. These separate environments exist to normalize sexual orientations other than heterosexuality, so people won't have to be uncomfortable in the first place.

Gaymer X will be held in the Japantown district of San Francisco on Aug 3-4, 2013. This area was selected for its unique culture, as residents are reported to cosplay favorite anime, movie and video game characters for fun. Registration on their website is still open for the event.