You are not a butterfly 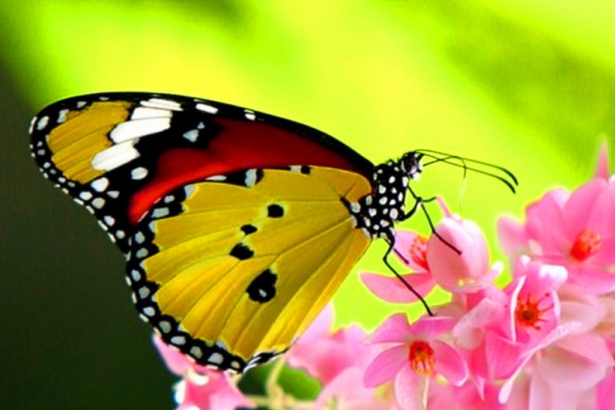 Forget butterflies. No one really transitions like that, from wiggly crawly thing to lovely fluttering thing in a one-and-done ritual so tidy and happily-ever-after. And it’s never a concise process, as if one day you decide to change, take some time to completely liquidate, and then emerge. You are not suddenly transformed, after a short, quick period of metamorphosis, as if you just took a sick day from work to do it. Life does not work that way. People do not work that way.

For my dear friend Karma, embracing the consistency of transition has been absolutely essential. She is a transgendered woman—a female born into the body of a male—and for her, accepting that life is in flux has been crucial for maintaining sanity.

Karma is Egyptian, born to a Muslim family in Cairo, where “queer” topics are not only suppressed and ignored, but rather thought to be genuinely too bizarre to be real. For Karma, there was an awareness of the resulting façade from a very early age.  “You know that there’s this part of you, but when you try to vocalize it people tell you that it’s wrong, that you’re wrong, you don’t know what you’re talking about,” she says. Hiding her true self became second nature for a long time, but she never planned on staying hidden forever. Her decision to move to Canada at the age of 17 would be her first step towards liberating her real, and previously secret, identity.

Femininity was something I had long struggled with in my life. Being called a girl usually meant weakness, and besides I hated the color pink. I wasn’t exactly a tom boy, but I was resentful of the socially purveyed fragility of my sex, and struggled to differentiate myself from it. I took years of dance classes, but hated ballet and favored hip hop. I wanted to play hockey (even though I’m from the U.S.) and learn kickboxing. My mother was radically opposed to these propositions, partly because I was her child and she didn’t want me hurt, and partly because I am a girl and it was not proper to her to have me checking people into walls.

When I met Karma in my second year at UBC, it was a revelation. Not an all-at-once butterfly epiphany, but more like a steady increase in awareness. Karma was so strong, so aware of herself. Even without being used to being outward with her true persona, it was clear that she knew where she stood with herself. She was badass, and she was feminine.

We discovered together things like roller derby and Xena: Warrior Princess. To me, the concept of women being strong through being female rather than through trying to act male was new and bizarre, and extremely empowering. For Karma, strong women were old news. Still good news, but old nevertheless. In Cairo, things were fiscally and materially patriarchal, but socially (and off-the-record) matriarchal. She and her siblings were raised by a network of strong women: widowed matriarchs and their female descendents formed a hierarchy of respect that was earned through age, wisdom, and strength. For Karma, being female did not mean what I’d always though it must mean.

“Gender itself is a performance, intentional or not,” she says. “The common perception of femininity tends to be, be quieter or take up less space or even in the way you speak, you try to be more passive.” But that’s the performance. That’s not what femininity is, but rather what we are told to act like to embody it. It’s a ploy, a ruse, and a sham the way we try and insist that femininity is one way and not another, that it lacks dimension and variation. Our job is to be aware that functional womanliness is not one thing, and it is not without power.

Karma began her physical transition from male to female body about a year and a half ago, and since then she has become more comfortable with her own skin and with the image of herself that she projects outward. She is a tall, long-waisted knockout, with a fantastic wit and a sharp mind, and if you were not thinking properly, you might think she is in her butterfly phase after a long time as a caterpillar. But you would be wrong, because people don’t work like that. While she is perhaps newly physically renovated, there is nothing stagnant about her life now. Nor anyone else’s. Our time is not made up of one metamorphosis and a long resolution of colorfully winged happy endings. Time is transition, for all of us.