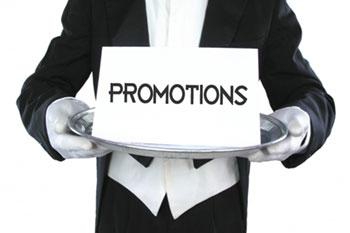 There can exist a certain hostility between firm supporters of both the indie music scene and the 'Hit Parade'. But almost every 'Mega Artist' and 'Mega Station' saw a time when they too were independent. I took the task upon myself to act as an ambassador from The Vancouver Observer to help bridge the gap between Indie and Pop.

I gained the fabulous opportunity to sit down with Tracey Mills, Promotions Director for TEAM 1040, TEAM 1410, The Beat 94.5 and 103.5 QM/FM, and discuss what it is she does and how her job changed when CTVglobemedia and CHUM converged the ownership of these radio stations in 2007.

Q: What are your key objectives as Promotions Director?

Tracey: Liasions with the sales department, generating promotions as well as promoting TEAM Radio, The Beat 94.5 and 103.5 QM/FM radio to listening audiences.

Q: About how many campaigns do you execute per year?

Tracey: Between the four stations, hundreds! They happen at different times and on varying levels. From appearing at a trade show to giving away a car.

Q: How big is your team?

Tracey: There's myself [Tracey], five full-time coordinators and sixteen to twenty people on the street team. The five coordinators write proposals, book different elements of a given campaign, deal with onsite components and basically take projects from start to finish.

Q: How did your business change when CHUM acquired CFBT The Beat 94.5 FM in 2007 under CTVglobemedia?

Tracey: I started with The Beat in September 2003 and in November 2007, my work changed from encompassing one station to four. The Beat is what it was before, just now it's owned by somebody different. CHUM is a great company. There are advantages to being part of a bigger company, just as there are advantages to being part of an independent company. The product is the same and the business is still fun. The brand continues but now we have access to new resources and contacts.

Q: How has your job changed since the time you started?

Tracey: We have always been very active on the street level with The Beat and QM/FM, visible in the community through sponsoring events. These days we also embrace social media; we have our Facebook pages and on-air talent will share their Twitter names. These innovations have become an addition rather than replacing what we did before.

"The brand continues…" These words stuck with me as I said my goodbyes to Tracey Mills. The Beat used to be more akin to a start up, and now it has definitely hit the big-time. Next time you listen to The Beat 94.5 FM, think about all the work that goes on behind the scenes. People like Tracey are working long hours to make sure those artists who were once independent have a platform to reach what they dream of achieving.