Reviews and Ratings of New Movies in Vancouver, B.C. for Oct 16 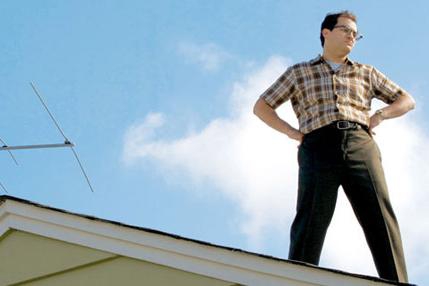 There's no post VIFF letdown this year. In among the batch of regular new movies there's a trip to the wild side (young boy edition) and an irony and rabbi-filled comedy from the Coen brothers.

WHERE THE WILD THINGS ARE: So how do you make a full-length movie out of a book with only 343 words? You stretch and you change and you spend a lot of money. Children will love the result. Parents might have a few doubts. Max is not just mischievous anymore and sent to bed without supper. He has a petulant outburst, bites his mother and runs away. When he comes back, it's not for a place where he's loved “best of all” but because the rumpus with the wild things has turned bad. The biggest change from the book is that the wild things now have names, distinct personalities and recognizable voices (James Gandolfini, Catherine O'Hara and Forest Whitaker among them). They're a sensitive bunch, one's a deep cynic, and they squabble a lot. Spike Jonze's film does capture the book's sense of wonder and abandon, the look of the illustrations and the energy of Max, played here perfectly by Max Records, a young actor from Portland.
(At theatres all over)  3 ½ out of 5

A SERIOUS MAN: So this guy goes to see the rabbi and the Coen Brothers are back in full comedy mode. It'll have you chuckling all the way at the antics, foibles and mishaps of folks in the Jewish community in Minneapolis. The brothers grew up there.  David Denby in the New Yorker says it stoops to “belittling” but I see it as a good example of one strain of Jewish humor, the woe-is-me kvetch. A university professor's wife dumps him for another, a pompous man who has plenty of advice to offer and even recommends an affordable motel he could move into. When he consults two rabbis he gets parables not advice. An audience with an esteemed elderly rabbi proves hard to get. And so it goes through a succession of sly and funny sequences, including a few clunkers, some very dry humor and a tour through the culture and institutions which a Jewish friend says the film gets exactly right. Michael Stuhlbarg heads up the cast of little-known actors.
(At the Park and Tinseltown theatres)  3 ½ out of 5

IT MIGHT GET LOUD: Davis Guggenheim made Al Gore a movie star and won an Oscar. As a follow up he invited three guitar gods into the studio and got ready to film the magic. Jimmy Page, The Edge and Jack White played a little (an unspectacular version of The Weight) and talked a lot. Their stories and their individual philosophies are fascinating to hear. White endorses roots music and names a Son House song as his favorite of all time. The Edge shows how a simple guitar progression is transformed by his wall of technological aids into something unique. Page has the best trivia from a long career and many bands. He's got tapes and videos to illustrate it all.
(Tinseltown)  3 out of 5

CAIRO TIME: This film carefully builds a relationship and then lets it fizzle away. You're left with memories of a pretty good travelogue not the intense romance you thought was coming. The voters at the Toronto Film Festival who declared this the Best Canadian Feature must have been responding to the yearning the characters feel. There's lots of that. Patricia Clarkson plays a magazine editor visiting Cairo and expecting to join up with her husband, a UN employee. But he's delayed in Gaza and asks a friend (Alexander Siddig) to show her the sights. They seem to be able to pop over to the pyramids as easily as taking the skytrain to Surrey. Their other visits to a mosque, a market, and his hookah café are all picturesque but drawn out. A local wedding is livelier and an encounter with a border guard is a lone burst of suspense in a tepid film.
(5th Avenue and Tinseltown)  2 ½ out of 5

LAW ABIDING CITIZEN: It's a common movie technique. Two incidents happening at the same time are intercut. This film has probably the most tasteless example I've ever seen: a young girl's cello recital intercut with an execution by fatal injection (with convulsions). It's uncomfortable and unfortunately representative of the level of sensitivity in this film. Gerard Butler plays a Philadelphia businessman trying to avenge the death of his wife by attacking the prosecutor (Jamie Foxx) who bungled her case. There's overdone violence, little logic and, maybe worst of all, an offensive diatribe against the courts and civil rights.
(Theatres all over)  2 out of 5

THE BURNING PLAIN: The man who wrote Babel tries directing. The reviews have been middling. Charlize Theron plays a cool restaurant manager with a mysterious past. A stranger from Mexico breaks it open, including the links to three stories of “forbidden love”. Kim Basinger plays her mother.
(Tinseltown)

THE STEPFATHER: Remember, we're still getting a new horror movie every week. Actually, two arrive, this week. The Stepfather is a remake of a 1980s favorite described as a “totally engrossing thriller.” No media screenings for this new one, so no word on how it compares. A military school student senses there's something wrong with his mother's new man.
(Theatres all over)

PARANORMAL ACTIVITY: This is one of those small films that has turned into a phenomenon. Midnight screenings across the US sold out a couple of weeks ago. When a woman's sleep is disturbed by a “presence” in her new house, her husband sets up a video camera to investigate. It's extremely low-budget and apparently all the more real and scary because of it.
(Scotiabank Theatre) 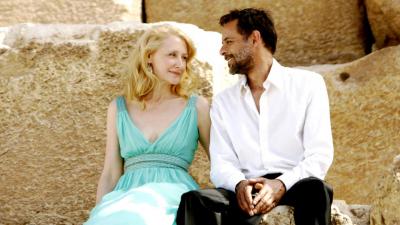 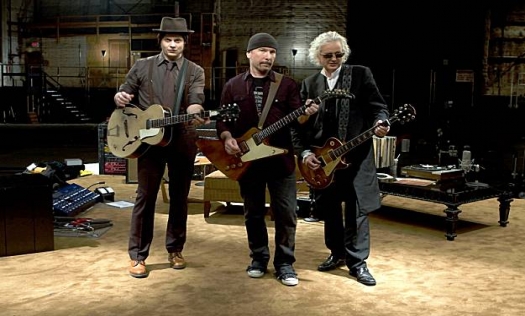