Hanna, Arthur, Soul Surfer, Winter in Wartime and two small Canadian films, The Bend and The Year Dolly Parton Was My Mom 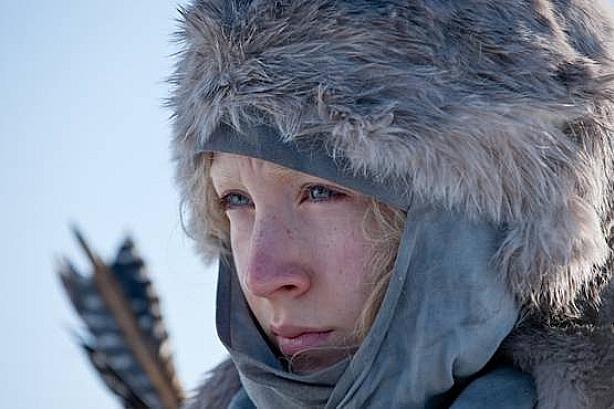 Another week with many choices, including both real and fantastic problems of teenagers, a not so happy drunk and two films with strong B.C. connections.

HANNA: This is a terrific international thriller from Europe and … Vancouver. Yes, this ambitious action and pursuit spree which includes moose hunting in Finland, a desert trek in North Africa, a CIA black-site prison somewhere, a chase among rows of piled-high shipping containers and a showdown  in an abandoned amusement park in Berlin started out as a script for a class assignment at the Vancouver Film School. Seth Lochhead, currently working on a degree at Simon Fraser, wrote it six years ago. Joe Wright has turned it into a big-budget, fast-moving and intelligent film starring young Saoirse Ronan, who he directed to an Oscar nomination in Atonement.  She plays a teen who’s been sheltered by her ex-CIA father (Eric Bana) and trained in both self-defense and assassination. The day will come, she’s told, that she’ll have to kill another agent (Cate Blanchett) who is coming after her.