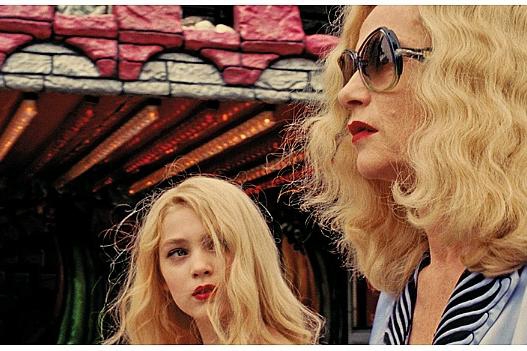 Isabelle Huppert plays a mom who exploits and alienates her daughter in the French film My Little Princess.

The Film Festival is almost upon us for its 30th edition. Starting Thursday, there will be 375 films from 75 countries screening, more than 200 of them feature length. So, choosing carefully is all important.

I can offer some help. Every couple of days or so, I'll file some good possibilities. I won't assign a rating, but I've seen them and for one reason or another feel I can recommend them.

Some of the bigger titles haven't been made available for preview. That includes the opening gala film, The Skin I Live In, the new one by Spain's Pedro Almodovar (but reputedly not his best), Like Crazy, the hit of Sundance this year, Circumstance, another Sundance award winner starring a young woman from Port Moody and Take This Waltz, the new one by Canada's Sarah Polley and starring Michelle Williams.

Among the other films, I found these:

MY LITTLE PRINCESS: Pretty Baby, who inspired the controversial 1978 film of that title, is now grown up and angry. The French actress Eva Ionesco uses thinly-disguised fiction to tell the real story, how her mother took nude photographs of her, starting when she was only five years old, published them in magazines and became a celebrity in the art world. “People like the immature body and the mature gaze,”  one character says. Eva, who wrote and directed, doesn’t dwell on that hypocrisy. She’s aiming her vitriol right at her mother, played as a flamboyant flake (“I’m an intellectual artist”) by Isabelle Huppert.

An endearing new actress, Anamaria Vartolomei, plays the daughter, innocent and obedient at first, turning petulant as she becomes more aware. The film is creepy and sometimes silly, but the growing mother-daughter conflict is convincing and the photo-taking scenes are done discreetly.   (Also screens Oct 8 & 9)

HOW MUCH DOES YOUR BUILDING WEIGH, MR. FOSTER? That question came from Buckminster Fuller and just may have helped put some of that light and airy elegance into Norman Foster's architecture. This film celebrates the “Mozart of modernism,"  as one admirer calls him, with great visuals. The camera caresses the sensual lines of his most famous creations, including the Millau Viaduct in southern France.

We get to study terminal 3 at the Beijing Airport, the Millenium Bridge in London, the dome atop the Reichstag in Berlin and many others. Curiously, there's little about that pickle-shaped building that now stands out on the London skyline. His brilliance is pronounced by admirers,  colleagues and acolytes,  including briefly by U2’s Bono. Foster himself tells his personal story, from working-class beginnings in Manchester to world fame, losing his wife to cancer and fighting his own battle with the disease. You’ll like the man and this film. (Also showing Saturday night). 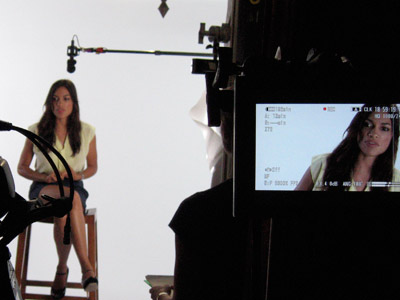 MISS REPRESENTATION: The clips and the statistics assembled this film tell the story. Images of women as objects evaluated on their looks and sex appeal are getting more common in the media, not less. This is what, four decades since the women’s movement started drawing attention to the problem? Jennifer Siebel Newsom, is an actor-cum-filmmaker who says she had to examine it again for her daughter’s sake. So she has observers from the Women’s Media Centre,the author of the Lolita Effect, directors Catherine Hardwicke and Paul Haggis, women’s movement icon Gloria Steinem and many more describe what’s going on in media, movies and politics. Jane Fonda says “it’s toxic”. Katie Couric decries the sexy trend among women newsreaders today and ponders that she may have helped bring that about.