Then the best friends’ relationship breaks down and the film is realistic about how women can be volatile like that. One supports a sick grandmother. Another destroyed a man’s family. Nothing deep here, though. The film stays on the surface, as light entertainment. (5th Avenue, Scotiabank, Marine Gateway and suburban theatres) 3 out of 5

THE GOLDFINCH: A prize-winner as a novel, it’s a drag as a film, although you keep rooting for it as it plays. You wish it would work better. The story is good; a top cast, director and especially cinematographer (Roger Deakins) bring it to life but it fails to keep you enthralled because its various pieces don’t hang together. That’s partly because the film cuts back and forth in time and geography, trying to be faithful to the book (and its avid readers) but resulting too much that’s vague.  Key scenes that would better explain what’s going on have been cut, I’m told.

An antique dealer in New York (Ansel Elgort) blames himself for the loss of his mother in an art gallery terrorist bombing when he was a teen (played by Oakes Fegley in extended flashbacks). 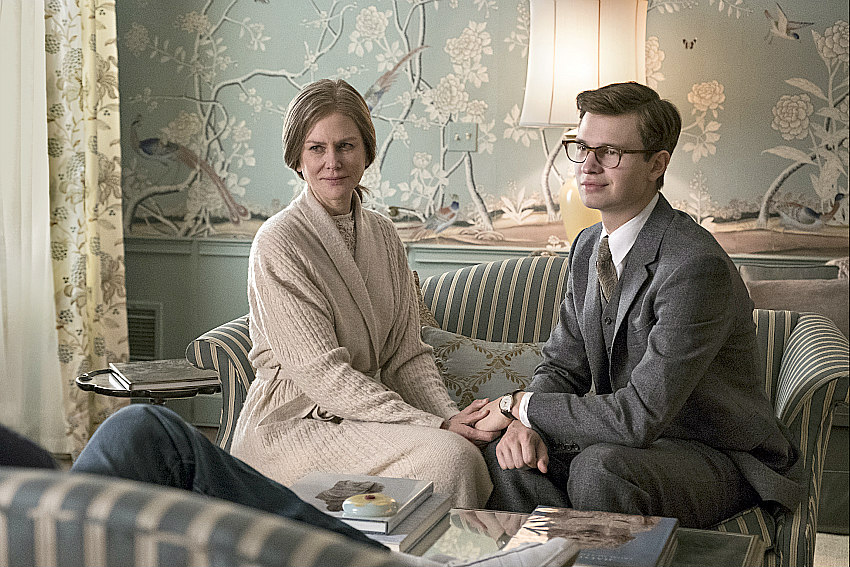 He was taken in by a rich woman (Nicole Kidman) and because of circumstances in the bombing secretly carries the painting of the Goldfinch that he’s rescued, feels love for Pippa, a girl he met there and comes to meet the antique dealer (Jeffrey Wright) who becomes his friend and later his employer. He briefly joins his absent dad (Luke Wilson) in Last Vegas and learns about drugs, both from him and a new friend, 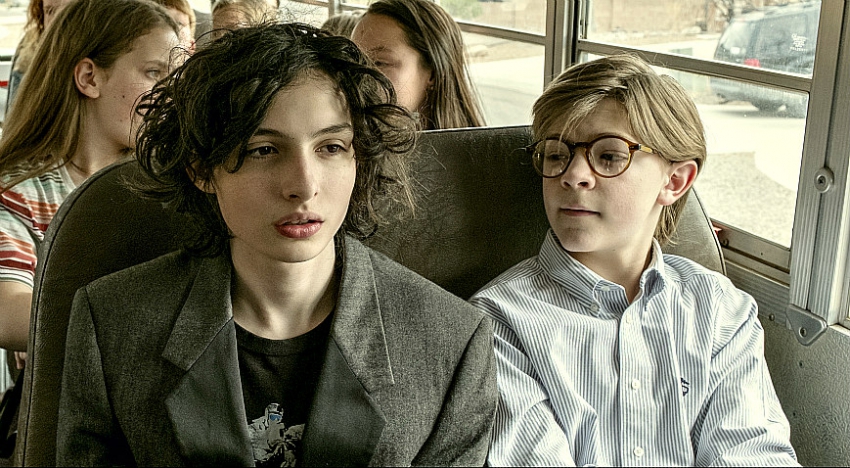 a thief from the Ukraine played by Finn Wolfhard, and by Aneurin Barnard when older. Complicated right? There’s more. The painting in a drug deal, an antique buyer who suspects cheating, gun shots and a killing over the painting. These things don’t mesh well, feel over-worked and impede the real theme of the story: guilt and redemption.  John Crowley’s last film, Brooklyn, was much better at conveying emotions. (5th Avenue, International Village, Marine Gateway and suburban theatres) 2  out of 5

These next four titles were for one reason or another not available to me to preview.

INGRID: She sounds remarkable. She’s 74 and completely independent. A former fashion designer, born in Germany and now living in the woods in Oklahoma, she built her own house, makes her own cement (huh?) and grows or butchers her own food. The visit is short, just an hour, but described as charming, beautiful and profound. Also funny, lyrical, inspiring and wrenching. (VanCity theatre Fri, Sat, Sun and Thurs)

THE GAME CHANGERS: A food lesson in a movie. You can learn the truth about meat, protein and strength as special forces trainer and mixed martial arts fighter James Wilks understands it. The film shows him travelling the world, talking to elite athletes, special ops soldiers and food scientists (even Arnold Schwarzenegger it seems) to dispell what he calls outdated myths about food. The health of all people on earth is his concern.  The film is playing on various days, (Mon, Tues or Wed, or all three) at International Village, Marine Gateway and five suburban theatres.

FREAKS: Not the classic from the 1930, but a twisted drama from last year starring Emile Hirsch and Bruce Dern. (And Langley’s Amanda Crew as a “ghost”). It was filmed here and got some good reviews when it played at the Toronto Film Festival last year. Hirsch plays a father who keeps his young daughter house-bound because of dangers outside. He warns of “Abnormals,” a plot point that addresses people’s fear of folks not like them. The girl does get out but to what? International Village has the film.

RIOT GIRLS: A horror film made by a Canadian woman, Jovanka Vuckovic, who seems to be a rising star in the genre. Recognized internationally, no less. This is a dystopian tale set in 1995 after an unknown disease has wiped out all the adults. The teen survivors have coalesced into two gangs: the Eastsiders (poor) and the Westsiders (powerful). They fight each other for resources. “Nothing positive” says one notice on imdb. “A fun, violent, action-packed teen apocalypse adventure,” says another. It’s at International Village and Langley.