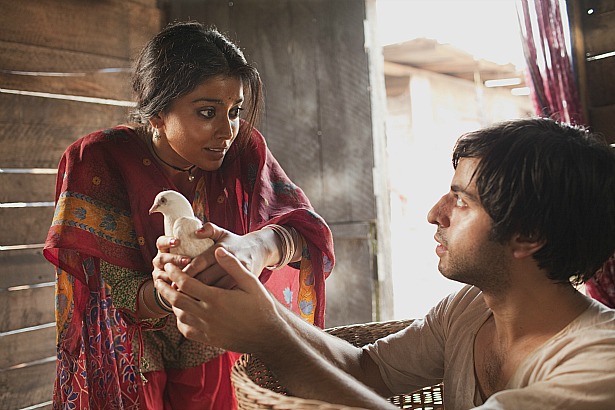 Midnight’s Children kicks it off but the documentaries are extra strong at the film festival this year.

As I gathered my picks for the opening days of the Vancouver International Film Festival, I found I liked as many documentaries as dramas. That’s based on only an early and small sample of the 235 features being shown and doesn’t include some that have been highly praised elsewhere: Rebelle, Canada’s submission to the Oscars, Rust and Bone, Tabu and No. They’re all getting their first screenings here this weekend.

But it does include a damning film about rape in the U.S. military, some environmental scandals, a startling post-Holocaust story, and Robert Lepage renewing Wagner. Also a Chinese western, an unlikely friendship in California and a creepy take on celebrity mania.

MIDNIGHT’S CHILDREN:  The Toronto critics were cool on it and there are valid reasons to be. There are also good reasons to see it, the superb acting, the craft of Deepa Mehta, the director, and her designers, in re-creating the look and feel of India and the allegorical story by Salman Rushdie that sweeps through 60 years of history.  And comments acerbically on much of it, partition, wars between brothers and the “betrayal” of her father’s ideals by Indira Gandhi with her proclamation of emergency powers. 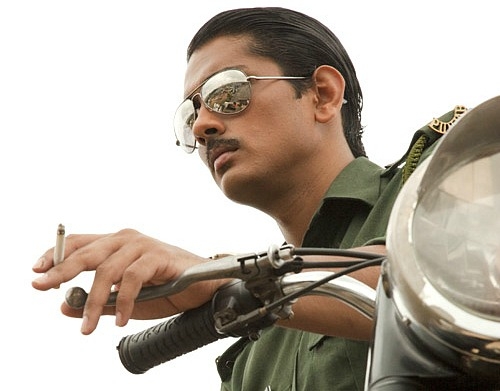 We see it all through the lives of two boys, one rich, one poor, one Muslim, one Hindi, each living as the other would. They were switched at birth and they cross paths over the years. As they do they develop into symbols, which, along with the long and very complex story, dulls our emotional engagement. Also, Rushdie’s magic realism doesn’t migrate well to the film. The basket of invisibility seems out of place and the special powers of children born at midnight are unclear. The film, in English and a bit of Hindi, has the crisp look and atmosphere of the better of the non-musical Bollywood films.  It’s the opening gala Thursday and also plays Fri and Wed.

THE INVISIBLE WAR: This is an incendiary document. You’re bound to come out of it angry. In that sense it’s not an easy film to take in but it is important. It exposes what it claims is an epidemic of rape in the U.S. military and uses official government numbers, testimony from Congressional investigations and first person stories from victims to back it up. Imagine this: 200,000 rapes in just one year, according to one writer, and many more never reported. Not just women either. Men too, and even more likely to suffer trauma because their notion of a band of brothers is shattered. The stories are distressing and the remedies even worse. Victims have to take their complaints to their commanding officer who is likely to be a drinking buddy of the perpetrator or, in some cases, IS the perpetrator. One says she ended up accused of adultery. (The complaint process in the Canadian military works differently). It’s a grim story told extremely well by director Kirby Dick, who won an award at Sundance and had an Oscar nomination for a previous documentary. A small complaint: the film says the military is a haven for serial rapists but doesn’t explore whether they or just horny guys abusing their power are most at fault. Screens Fri  evening and Sat morning.

THE FLAT:  The tone is casual in this documentary. The content is absolutely jaw-dropping.  First-time filmmaker Arnon Goldfinger stumbled upon a great story in Tel Aviv when his mother died and he and his siblings went to empty out her apartment. He found several Nazi newspapers, letters and pictures that showed his parents had been friends, and travelling companions, with a Nazi official and his wife before World War II. He helped them get out of Germany and emigrate to Palestine. 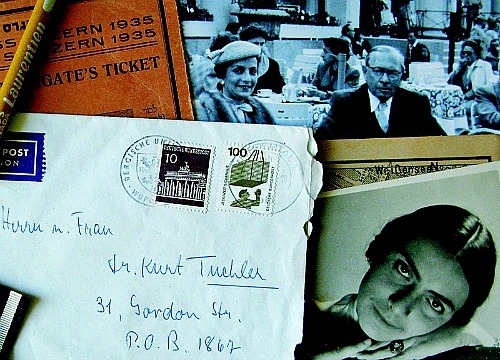 Remarkably they resumed the friendship after the war. And the astonishing part is what the official’s position was. (I won’t tell it all here.) Arnon’s mother never asked questions and when he sought out the official’s daughter in Germany he found her safeguarding her illusions about her father. The film evolves into a discussion of facing up to family history and secrets.  Screens Thurs, Sun and Tues Oct 2.

WAGNER’S DREAM:  If you’re a fan of opera, especially if you saw any of the recent performances of the Ring Cycle that the Met in New York beamed into movie theatres, you’ve got to see this documentary.  Or even if you’re only a fan on “let’s put on a show” films. This one shows how Quebec’s Robert Lepage designed those productions, from his original idea on a trip to Iceland, the tinkering in his workshop to build a moveable set (actually a 90,000 pound machine), the rehearsals and the tense opening nights for each of the five operas. 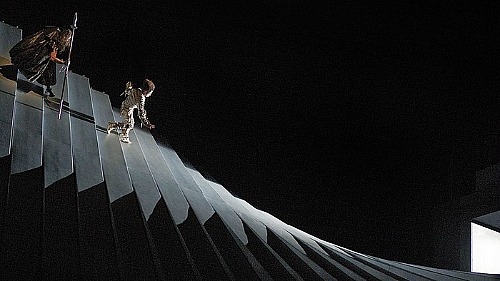 There’s plenty of drama. Brunhilda tripped on her debut with the machine. The series lost and had to replace both the conductor and Siegfried. Lepage wanted to put on a show that Wagner couldn’t because he didn’t have the technology. For the Met’s director, it was a gamble to renew attendance. You can feel his trepidation when he says he might have to leave the country if it fails. The film is chock full of both the joy and the tension of putting on a risky show. (Screens Thurs, Tues and the following Monday).

TWO DOCUMENTARIES ON THE ENVIRONMENT:

BOTTLED LIFE:  Nestlé is the world’s top merchant of bottled water and,  according to Canada’s Maude Barlow, the most-often-seen speaker in this Swiss documentary, it is also a “predator”. It hunts water, looking for the last pure sources in the world so that it can sell it to us at big prices.  We see them in action in Nigeria and Pakistan and in Maine where there are local protests against the huge volumes they suck out of the ground and truck through the countryside. (Similar protests arose in Ontario).  There are other films like it but this one has the Nestlé CEO change his position from water is a valuable “foodstuff”  to water is a human right. (Screens  Saturday and Oct 5 & 11.)

CARBON RUSH:  This one will get you boiling. It shows again how we are shipping our climate change problems out of our sight. Big companies are buying carbon credits, which allow them to keep on emitting as much CO2 as always by supporting projects that reduce emissions in third world countries. Or so they say. The United Nations endorses the system. Even the Nature Conservatory is in on it. But in India a giant waste processing plant is displacing a people’s economy that did more to contain CO2. In Brazil and Panama people are being driven off their land and in Honduras, people are being killed, although it’s clear that’s a more complex situation.  Carbon offsets are traded on an exchange in Chicago and as one farmer who lost his land to a crop of windmills asks, “How can this be good for the environment?”  (Screens Saturday and Sunday)