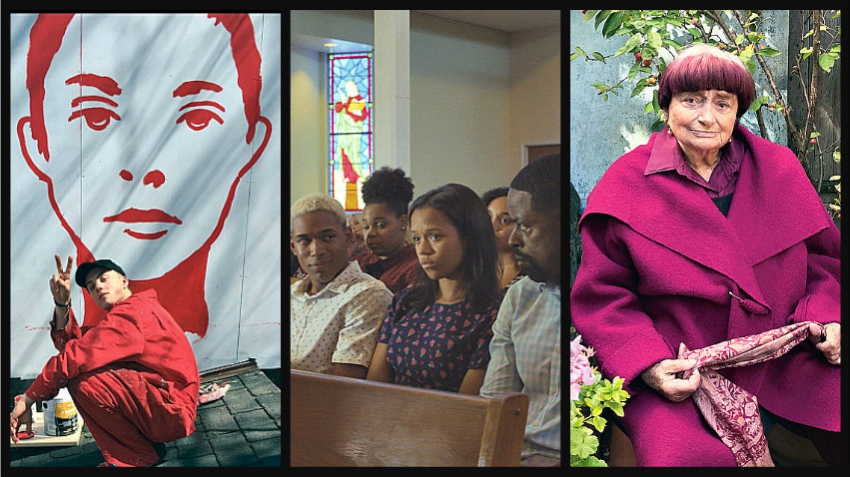 Also: Isabelle Huppert hosts a crowd as Frankie, notes on some highlights at Whistler, including a time travel enigma and a seemingly under-achieving children’s film

They like to call it “the coolest” film festival, up there in Whistler. I’ve never gone but if you’re in the area it’s worth your time. There are always a few gems that get help building their reputation there. I have reviews of two,  Antigone and Volition, further down this posting.  Here are a few others  that caught my eye among the 86 films scheduled. (You can read about more at https://whistlerfilmfestival.com/ )

Things I Do For money has two Japanese-Canadian cello students in a run-in with the mob in Hamilton, Ont. James and His Future Self is a time travel-thriller (as is Volition). The star, Jonas Chernick, and the director, Jeremy LaLonde, have fared very-well at previous WFF’s and this new film is said to be “laugh out loud” funny.

The Marijuana Conspiracy dramatizes a real-life study in Canada almost 50 years ago into the effects of pot smoking on women. Thunderbird, by Yukon-born Nicholas Treeshin, is about missing women and about righting an old transgression in an indigenous community.

From beyond Canada, Eddie Redmayne and Felicity Jones are on a scientific mission and in a fight for survival flying a hot-air balloon in The Aeronauts and in Hope Gap Bill Nighy and Annette Bening depict a long-time marriage that is crumbling.

The festival has been on since Wednesday, but those titles are all still available before it ends Sunday.

Incidentally, a standout at VIFF, the Vancouver film The Body Remembers When the World Broke Open got a very positive review in the New York Times last week as well as the coveted Critic’s Pick designation.

Some of today’s new ones are just as worthy.

Playmobil The Movie: not available to review

ANTIGONE: This is a very, very loose adaptation of the ancient Greek play by Sophocles. There’s no king disallowing a burial; only a daughter defying the law for what she considers a greater good. The result is a moving and very powerful film set in modern times and a forceful statement about modern issues. It’s Canada’s submission to the next Academy Awards and it absolutely deserves to be there. The competition will be exceptionally strong this year, but I hope it is given a chance because it speaks eloquently to both immigrant and refugee problems and police overreaction. 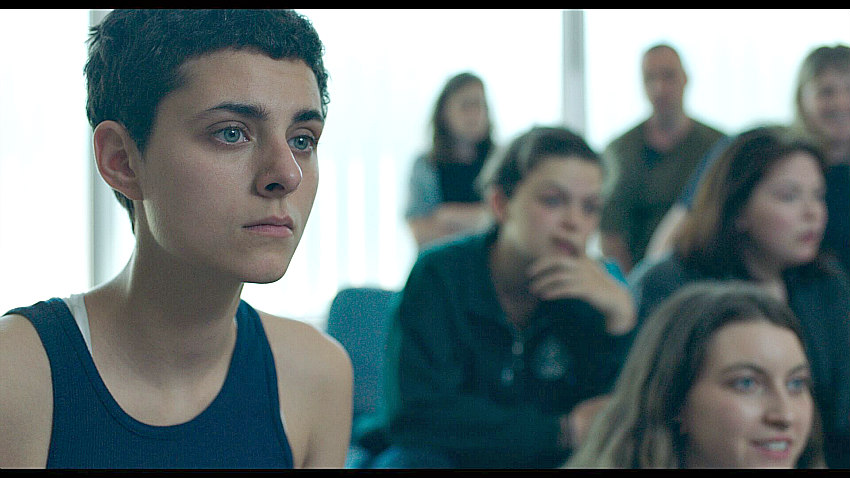 Québécois writer-director (and this time also cinematographer and co-editor) Sophie Deraspe got the idea from news reports of a police killing of an immigrant in Montreal 11 years ago. In her film, a small-time gang member is killed; his brother is sent to jail and his sister defies the courts and the law to honor her family. It’s already shattered. The parents are dead somewhere overseas, the grandmother is now the head and they’re all “permanent residents,” not Canadian citizens. That means the brother will be deported, although he didn’t do anything. Antigone, in a decisive performance by Nahéma Ricci, won’t stand for that and devises a clever plan to spring him out of jail. It’s designed and staged so well that you can imagine it could actually work. There’s more to come though, including street demonstrations, status as a folk hero, support from some unlikely citizens and quite a condemnation of the immigration system, both of  the bureaucrats and their false promises  (“the little life they’re peddling.”) (International Village. Also Sunday afternoon at the Whistler Film Festival) 4 out of 5

WAVES: This is refreshing. The Black family in this film isn’t poor and struggling and living around crime and violence. They’re middle class and in a boost for equality they’re like most everybody else, they have problems. A high school senior (Kelvin Harrison Jr) is a winning wrestler with a college in his future. His dad (Sterling K Brown) pushes him relentlessly to succeed because he thinks that will motivate him. It does, to hide an injury until it becomes severe. Meanwhile, his girlfriend (Alexa Demie) is pregnant and back and forth on whether to have an abortion. The problems keep piling on and gets intense and grating. Expertly so under the writing and direction of Texas filmmaker Trey Edward Shults who is developing a big reputation in indie circles.

He throws in a tragedy, which I won’t detail, and then does something audacious. He switches gears. It’s as if this is a two-part film. The story is now about the boy’s sister (Taylor Russell) and her growing romance with a modest student played by Lucas Hedges. After the vibrant and always-in-motion first part where dad yelled “We are not afforded the luxury of being average” and the mood plausibly grew darker, this second part is average, The love affair is so nice it causes a comparative letdown. Maybe it’s to show that black families like any others don’t always live in turmoil. Whatever, it does take us out of the expertly orchestrated high emotion and visual flair we’ve been experiencing and into a calmer place. It’s still a stunning movie, though. (The Park and suburban theatres) 3 ½ out of 4