A Hollywood black mark in Trumbo, a new Rocky in Creed and an infamous psych experiment at Stanford

Adonis, aka Donnie, does exactly what Coogler did. He convinces Rocky to get involved in boxing again, not as a fighter but as his trainer. As a bonus he gets him as a counselor about matters that are true both in boxing and in life. Donnie has to overcome his past. He was in and out of juvenile detention and felt rejected and lost because he was born illegitimate, from an affair his father had. Jordan is suitably intense. Stallone puts in a career-best performance as the wise mentor who is stifling issues of his own. This attention to personal problems outside the ring elevates this film although two major boxing matches are pretty exciting too. (Scotiabank and suburban theatres) 3 ½ out of 5

THE STANFORD PRISON EXPERIMENT: This is a gripping and chilling re-creation of a low point in academia. Psychology students know about it but I wonder what was learned. A good question you’ll want to talks over after you see the film. 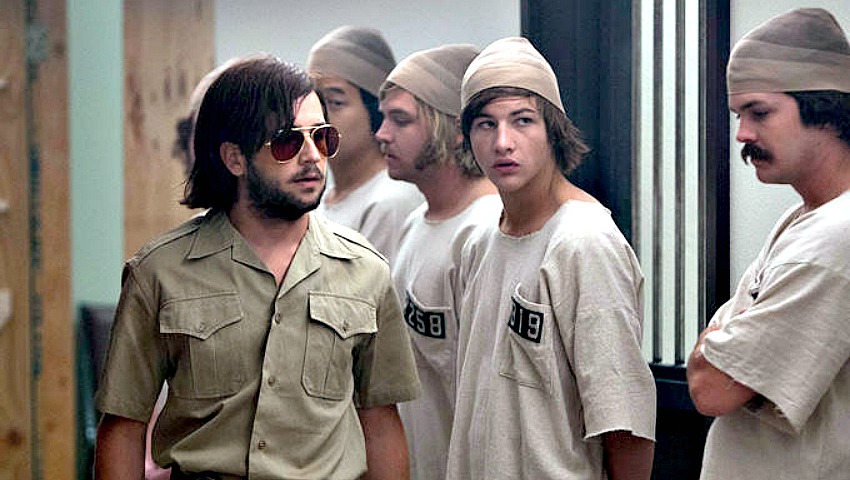 In 1971, a Prof at Stanford ran a simulation in which 18 students played men in prison. Half were guards; half inmates. They got into their roles so deeply it was scary. They were observed on video monitors. The inmates were meek; the guards intimidated them, belittled them and mocked them. One, played by Michael Angarano, an actor new to me, is distressing in his ferocity. His role model is the sadistic guard in Cool Hand Luke. When the inmates attempt a rebellion, the Prof (Billy Crudup) orders the guards to get control and things get worse. It’s fascinating to watch and raises real questions about human nature. Or does it? Maybe it just shows that some people act like characters they’ve seen in the movies. Real prisons have more controls than this. The main “guard” said he did what he did because the inmates let him. You’ll feel an unspoken allusion to  the notorious scandal of the Abu Ghraib prison in Iraq. (VanCity Theatre) 4 out of 5

JAMES WHITE: This small film pulls off the impossible. It makes us turn completely around about a character we initially despise. James is a New Yorker aimlessly adrift in a habit of clubbing, sex, bar fights and no ambition. He has vague ideas about becoming a writer but trips off to Mexico instead of doing anything about it. “When I get back, I’ll be ready for life,” he says. 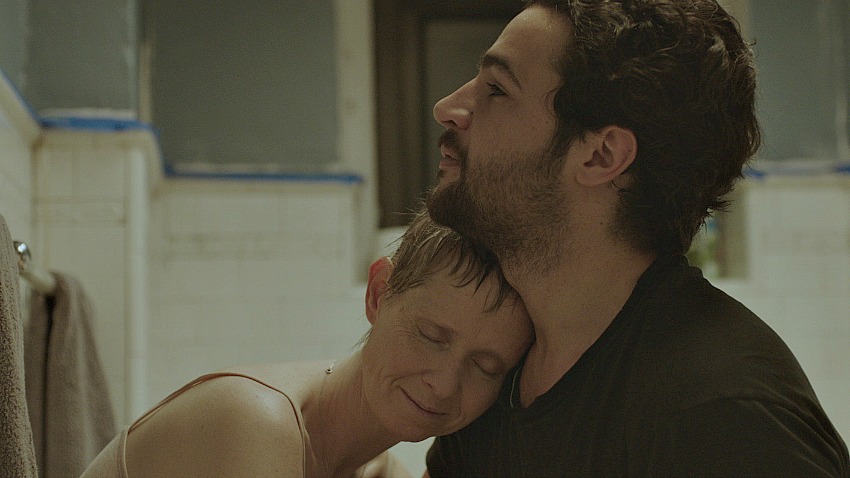 Not by his own choice though. Mom has a virulent form of cancer. She’s played by Cynthia Nixon, formerly of Sex and the City, and he’s by Christopher Abbott who some may know from another TV show, Girls. He has to take care of her and amazingly he rises to the task. First there’s an encounter with uncaring staff at a hospital (a grim vision of the American medical system) and then long sessions of tending to her at home. Those scenes are done ultra-realistically. In a very poignant scene he speaks to her lovingly to conjure up images of living in Paris. The actors are excellent; the first-time direction by Josh Mond is sharp and we’re left to marvel at a character’s transformation. It’s a very affecting film. (VanCity Theatre) 3 ½ out of 5

THE GOOD DINOSAUR:  Pixar poured all its talent for wild inventiveness into its last film, Inside Out. There wasn’t much left for this new one. It has the usual kid-movie elements-- separation anxiety, family, friendship, finding yourself—but they’re told the same way we’ve seen many times before. Worse, the story is based on an educational mistep. It imagines what would have happened if that asteroid had missed the earth and not wiped out the dinosaurs. They plough the soil with their snouts and grow crops. Their children play in the cornfields and a pesky boy, an early human being who doesn’t speak but runs round on all-fours, steals from their storage silo. 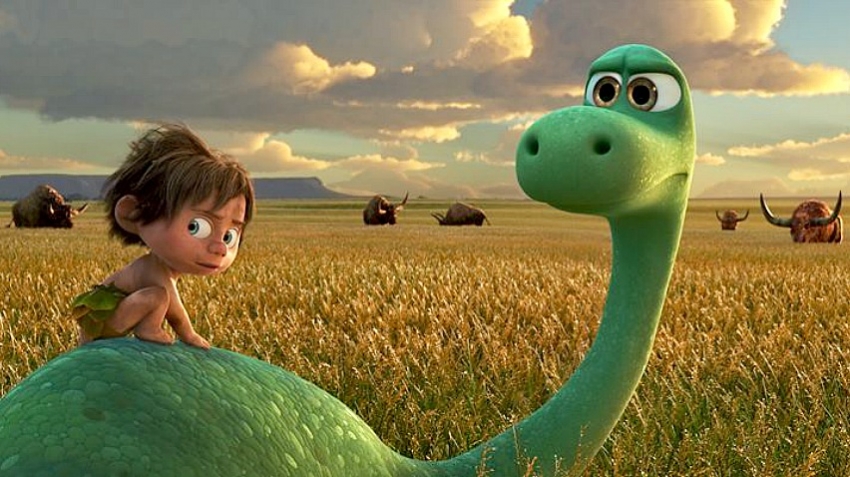