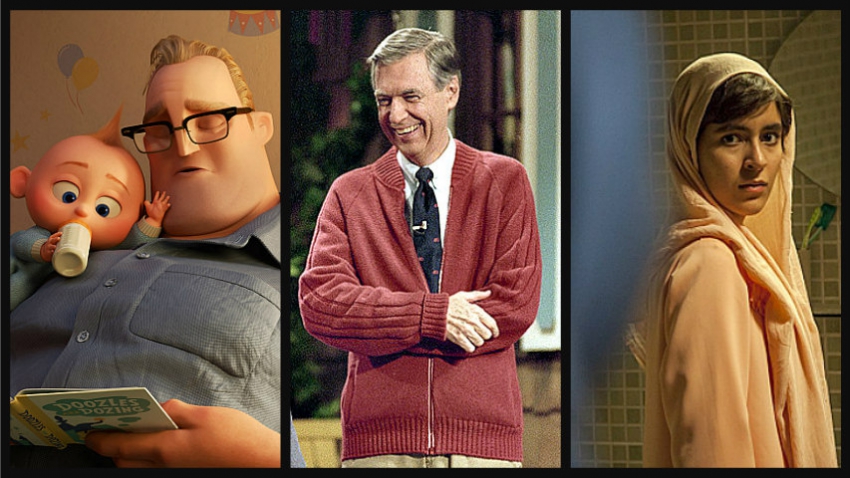 This is more like it. We’re back leading with a big one. The Incredibles has a chance of topping everything Pixar has done before. If that’s too noisy, check out Mr. Roger’s Neighborhood for sincere, caring thought about what children really need in their entertainment. Ava muses similarly about teens and Italy and Atlanta send lurid crime stories. All in all a good, diverse selection. Plus two I haven’t seen

THE INCREDIBLES 2: It’s 14 years since the first one came out and it’s still a family favorite. An Oscar winner too. Better catch this new one because it’s going to be just as big. It entertains mightily; the story is again as much about family life as the travails of super heroes and is delivered in exquisite animation with a manic energy that keeps it moving along. You’ll hardly notice it’s too long and too crowded with ideas. Yes ideas, and they feel more than a bit subversive.

The story picks up almost immediately after the first film. Super heroes have been outlawed because of the destruction we saw back then (and see reprised here). The Incredibles (Craig T. Nelson, Holly Hunter, a son, a daughter and baby) have to live normal lives as best they can. They’re aimless until a media mogul offers to help restore their reputation. He (Bob Odenkirk) and his brainy sister (Catherine Keener) suggest a promotional campaign to convince the politicians to make super heroes legal again. The catch is that it’ll feature only Mrs. Incredible, aka Elastigirl, because women are more media friendly.

So while mom gets to chase and ride and save a speeding train, dad has to stay home and tend to the kids. There are some very funny scenes there, especially when the baby starts exhibiting a variety of unexpected super powers. A confrontation with a raccoon is a standout. Dad has to explain the concept of civil disobedience, because, after all, mom is out violating the law for a higher purpose. There’s also talk about truth in politics and personal responsibility and a most radical idea espoused by a new villain. He rails about consumer culture, social media and relying on super heroes. “They make us weak,” he warns. The film, again written and directed by Brad Bird, is always busy, frantic at times and because of that  weakens on the way to a big reveal at the climax and that cuts back our emotional connection.  Excellent voice acting, though. (International Village, Dunbar, Scotiabank, Marine Gateway  and many suburban theatres) 3 ½ out of 5

AVA: My wife says this film reminds her exactly of what life was like at the Catholic school she attended. The nuns were strict; the rules were tight, the atmosphere was stifling. That comparison is a strong endorsement of the power of the milieu that Sadaf Foroughi has created here. It’s a very moving personalstory, set in Iran, where she’s from (she lives in Montreal) and the society is Muslim. Religion isn’t mentioned, though. Obedience, respect for parents and social norms are spoken of a lot; hypocrisy and youthful rebellion are the real matters in play.

Ava, played by Mahour Jabbari, chafes under all the rules she has to live by. Dad is sort of sympathetic; mom is not, and the head mistress at school is a creepy scold. Ava feels she’s controlled and talks openly  with her friends at school about it. They sound like any teens we’re used to seeing in the movies, or on TV. But when she takes a walk in the woods with a boy, mom sends her to a gynecologist to have her checked out. That’s a major insult and a trigger for rebellion. It also uncovers a stark backstory: her parents had to get married. “You did all those things and thought I would too,” she shouts in one of those arguments. The film is more than one family’s story. It’s intended as a condemnation of a whole society and the effects brought on by repression. It does that very well, although Ava herself is a bit icy and remote and the film, though imaginatively directed, feels too static in some early scenes. It won a couple of awards in Toronto and had several nominations at the Canadian Screen Awards. (VanCity Theatre) 4 out of 5

WON’T YOU BE MY NEIGHBOR? It’s pretty rare to come out of a movie feeling this elated. You’re reassured that there are good people in the world because you’ve just spent an hour and a half with one. Fred Rogers wanted only to entertain and teach children and make them understand that they are special. “I like you just the way you are,” he’d say as a way to help them through what he called the “modulations” of life. He’s seen at a piano using that musical analogy to explain the fears and doubts that children feel and must be helped to overcome. He did it with his long-running and very popular TV show where he took their feelings seriously, spoke to them directly and as the film shows sometimes had to explain harsh reality for them. 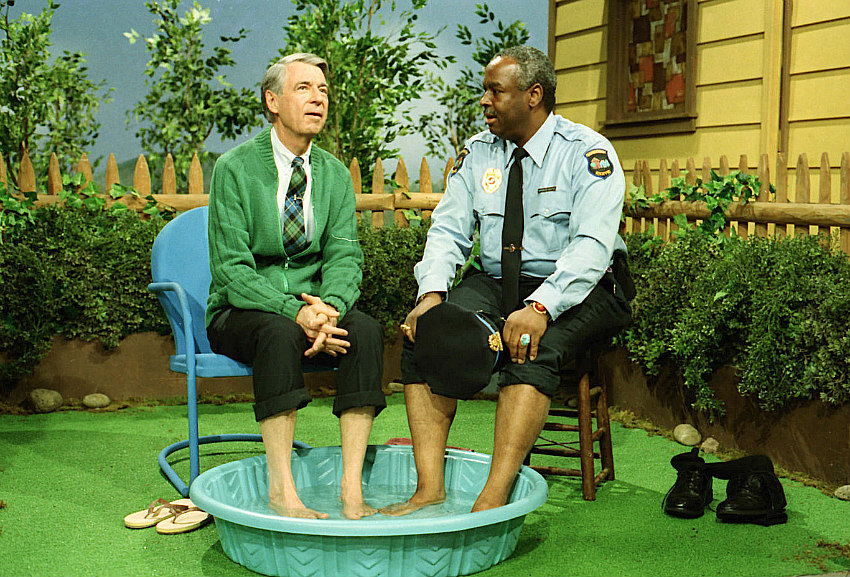