Tuppence Middleton plays a woman obsessed with a similar childhood memory—a possible abduction of a boy--and years after investigates what really happened. Microfilmed newspapers, a pair of family photos and cynical thoughts from a local historian (played by David Cronenberg) leads her to a tangled history involving a property developer, his errant son and a pair of magician entertainers (one of them played by Quebec’s Marie-Josée Croze). The story twists and turns maybe one or two times too many and the time frame is a problem. The magicians don’t look like they’ve aged in what is supposed to be 25 years.  And the main character is dodgy. She’s a congenital liar and was once diagnosed with “retrograde amnesia”. So can we rely on her and the facts she turns up? It’s a good puzzle anyway. The solution is vague but there nicely displayed in behind is the seedier side of Niagara Falls that you won’t find in the tourist brochures. The film had a shorter title, Clifton Hill, at the film festival last fall and now has four nominations at next month’s Canadian Screen Awards. (International Village) 3 out of 5

THE INVISIBLE MAN: It’s not the H.G. Wells story; only the bare idea and part of a name. It’s worse, though it starts well, with edgy scenes in which Elizabeth Moss is scared by noises, clunks and some kind of presence. (In a shift from the usual, she doesn’t go searching down in the basement. She goes up into the attic). The film comes down severely after that. 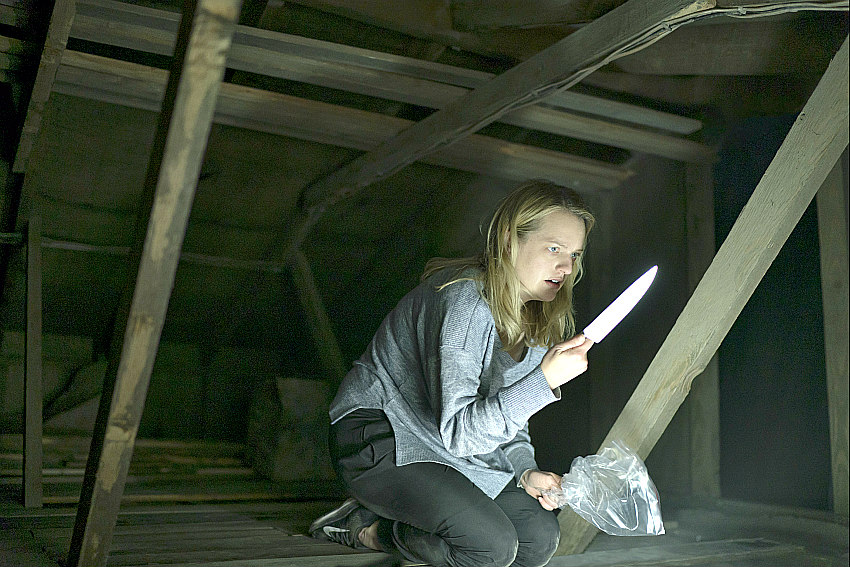 She’s walked out on an abusive (“controlling”) partner (Oliver Jackson-Cohen) only to fear he’s made himself invisible (he’s an optics scientist), faked a suicide and is stalking her. Nobody believes her, not  the police, not the guy’s brother who says he has his ashes in an urn in his office, not her own sister or some helpful friends. She’s tabbed as a hysterical, delusional woman. Those scenes are plausible and true to life. What happens along with them though, as we come to see what is really going, is not believable in any way. The film that was nicely tingly with fear and trepidation degenerates into pure silliness. Three throat slittings remind you it is a horror movie directed by a current star of the genre, Leigh Whannell. (Scotiabank, Marine Gateway and suburban theatres) 2 out of 5

THE JESUS ROLLS: When is a sequel not a sequel? When it has little to do with the original, plays on a theme that’s actually quite opposite to it and is a re-make of an entirely different film altogether. So the foul-mouth bowling rival from The Big Lebowski  has his own spin-off adventure here but none of the Buddhist attitude encapsulated by the motto “The Dude abides.” Instead we get Jesus Quintana’s thrill-seeking nihilism as he and a pal cruise around in a series of stolen cars along with a ditzy hairdresser (after they boost her boss’s car). There’s no plot as such; just a series of incidents that may have been written to reveal character and serve as a rowdy crime spree intended to epitomize freedom. In fact they  don’t do much of either. 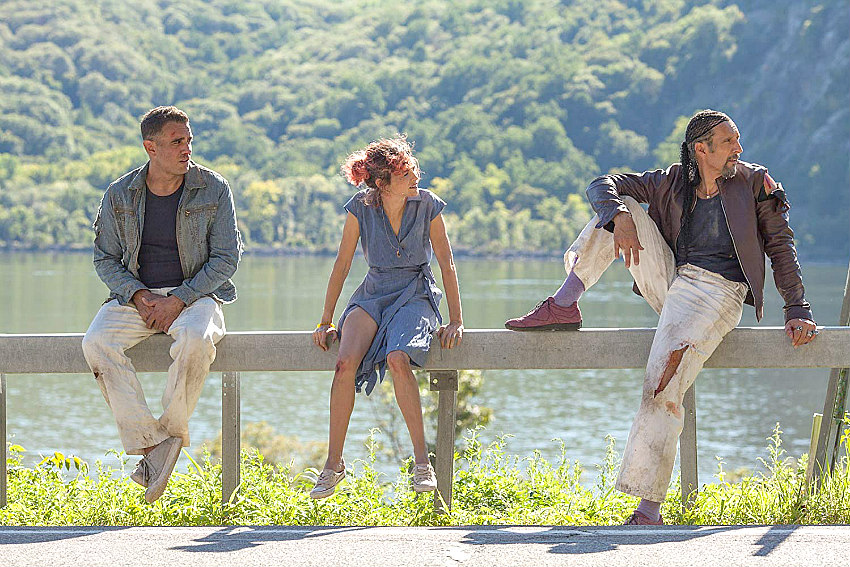 John Turturro, wrote, directed and stars; pretty well repeating a French film from 1974 that starred Gérard Depardieu. Maybe that’s how he got actors like Audrey Tautou, Susan Sarandon, Jon Hamm and Sônia Braga to appear in this low-rent romp. Bobby Cannavale is the pal and Pete Davidson has a bit role. There’s some wacky fun but it doesn’t add up to mean much of anything. To get it started they had to quickly do away with the pederast rumor hanging over Quintana. Just a misunderstanding, we learn. The Rio is showing the film late tonight, and then in a double bill on Tuesday with The Big Lebowski. The juxtaposition won’t do it any favors. 2 stars out of 5

IMPRACTICAL JOKERS: THE MOVIE: Four high school buddies from Staten Island formed a comedy troupe and got a show on a cable station called TruTV. That was nine years ago; now they’re a cult phenomenon. They do arena shows, cruises and now a movie, which in a test release in the US last week proved a surprise big hit almost making it into the Top 10. It’s now in five times as many theatres. They do hidden camera gags. One plays an embarrassing scene to strangers on the street while the others give directions into an earbud. For the movie they link several together with a contrived story. Years after they tried to sneak into a Paula Abdul concert, they meet her, they get invites to a party but only for three and stage more hidden camera sequences to eliminate one. A mall Santa in the summer? Testing out a eulogy before tourists in Washington? (“Grandma was a bitch”). It’s at Scotiabank and some suburban theatres if that’s your style.