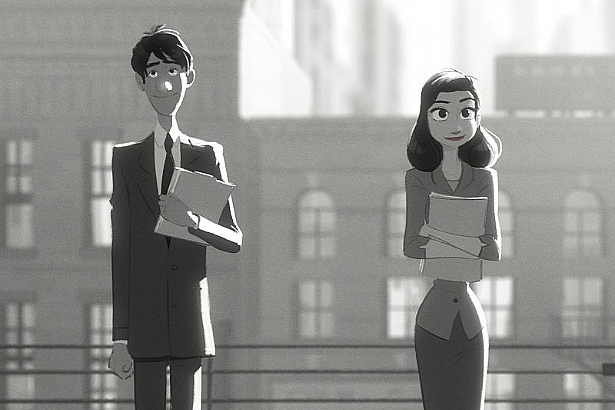 Paperman and Maggie Simpson are among the short films with Academy Award nominations this year.

Two serviceable but unexceptional Hollywood films arrive this week but the short films with Oscar nominations are a better bet.  Here’s the list:

OSCAR  SHORTS:  The bane of Oscar-pool players and anybody who follows the Academy Awards. They’re the short films, both animated and live action. Most of them we haven’t seen; maybe not even heard of.  At best we got tantalizing glimpses during the award show along with a declaration of their importance as an entry-level medium for new filmmakers.

You can now see them, and on the big screen too, for which they’ve been created, thanks to a tour organized by a British company and presented here at the VanCity Theatre.  They’re grouped into two programs (animated starting Friday; live action starting Saturday) and play eight or nine times each.  You can find details at http://www.viff.org/theatre.

My overall impression from these programs is first: how much imagination and creativity is on display and how entertaining the films are. Second, in watching the live action group, I couldn’t help thinking that what’s wrong with many full-length movies these days is the filmmakers don’t have enough of an idea to fill two hours. Not a problem in a 20 or 30-minute film. There are some real gems here.

ANIMATED SHORTS: Two of these have been widely seen.

Maggie Simpson in “The Longest Daycare” is a speedy little effort that played along with an Ice Age movie.  Maggie is put among the “just ordinary” kids at the Ayn Rand Daycare Centre and has to run to protect a caterpillar from a kid bent on squashing it.  Colorful fun rising to an operatic level.

Paperman, from Disney, played before Wreck-It Ralph. It’s quiet, black and white (with many shades of grey) and very evocative. A man tries with paper airplanes to attract the eye of a woman he briefly saw on a subway platform.  Very clever work by John Kahrs, who is an American but a graduate of the Nova Scotia College of Art.

Fresh Guacamole is by a U-Tube regular who calls himself PES. 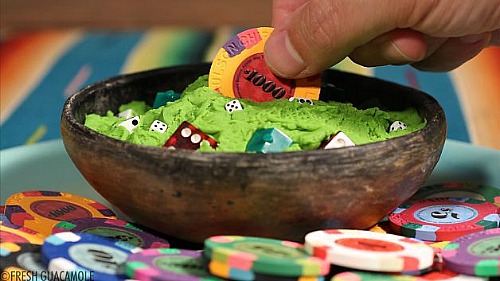 In less than two minutes of stop motion whimsy, he shows common items like dice, baseballs and Monopoly houses, chopped up and turned  into a Mexican dip.

Adam and Dog runs 15 minutes and delivers artful visual detail and a warm emotional payoff in a canine’s view of Eden, both before and after the fall.

Head Over Heels, the one non-American in the group, is a clever take on marital ennui. This 10-minute British film, also done in stop-motion, shows a couple leading such separate lives that she lives on the ceiling, and he on the floor. Which way to hang pictures on the wall is just one of their disputes.

Three films that almost made it are also being shown. My rating for the entire group:  4 out of 5

ANIMATED SHORTS:  LIVE ACTION:  One is 15 minutes long; one is 28; the others are about 20. With no time to waste, they’re lean but still pack in a great deal of drama and emotion. They put a lot of longer movies to shame.

Asad offers a touching village-level story is set in Somalia, which we hear about often but rarely see. A young boy tries to avoid the accepted occupation, piracy, by learning to be a fisherman. A band of thuggish soldiers get in the way.

Henry, by Montreal radio personality and actor Yan England, and starring Gerard Poirier, is an eerie depiction of an old man’s struggles with dementia. 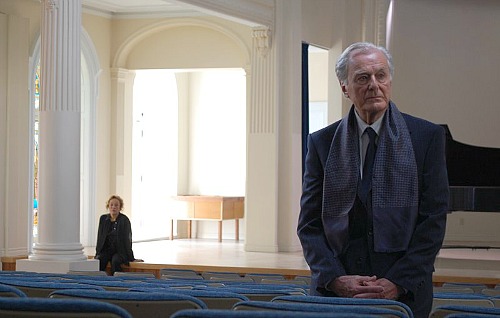 “I can’t be forgetting all my memories,” he moans amid disorienting flashbacks and brief lucid episodes.  It feels authentic; England based it on his own grandfather who he saw lose his memory in his 90s. He gets across the shock and helplessness.

Death of a Shadow has a steampunk look and atmosphere.  A soldier tries to cheat death, known here as “collector of shadows” by taking pictures of dying people.  It’s from Belgium and stars Matthias Schoenaerts who we just saw in Rust and Bone and is predicted to become a big star.

Curfew is by and stars Shawn Christensen as a suicidal man called on to babysit a chatty 10-year-old niece (charming Fatima Ptacek) for a day.

They go bowling, clubbing and more. Along the way do some poignant mending of an estranged family. It's the most normal film of the five.