VITALINA VARELA: This one is moving, haunting even, but oh so slow, made by Pedro Costa from Portugal who is celebrated as one of the world’s best filmmakers.  He loves to compose beautiful images and then linger on them at length. There’s an opening shot of a dark alley that holds and holds for the longest time before anybody comes down it. That it’s a funeral procession adds to the grey mood the film is building. 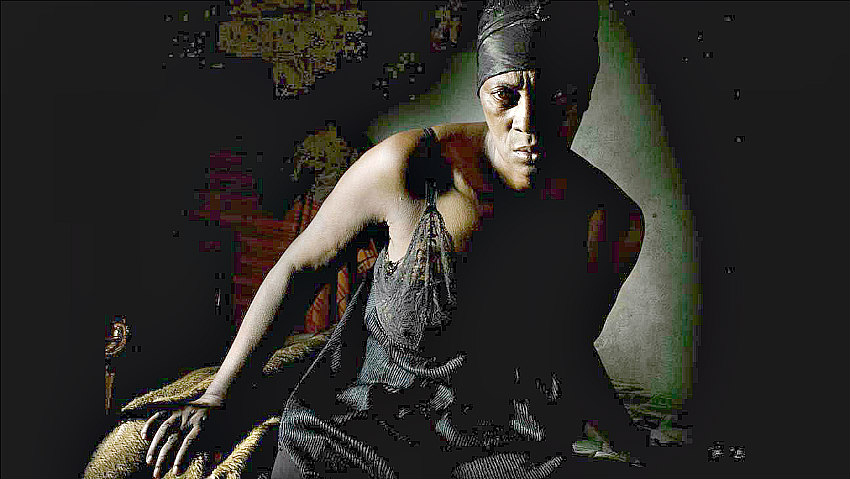 Vitalina is an actor in Costa films and this is her own story. She’s from a Portugese Island called Cape Verde where her husband abandoned her but has arrived here in Lisbon three days too late for his funeral. His house is run down (hers which she built herself is better). “I don’t trust you in life or death,” she says and slowly, a wider dreary picture forms. The local priest doesn’t do sermons anymore. He’s lost his congregation and his faith. Immigrants lead a hard life and Vitalina adds musings about the hardships that women face.  Of her dead husband who promised to come back but didn’t, she proclaims “I won’t cry for no wretched man.” This is arthouse cinema, for sure. (The Cinematheque) 2 ½ out of 5

I WAS AT HOME, BUT …: This is also arthouse cinema but much livelier and involving, though also inscrutable. It’s a puzzle created by German auteur Angela Schanelec out of family pains, a schoolboy missing for a week, a couple arguing whether or not have a child, a bad second-hand bike deal and  fierce criticism aimed at the director of an experimental film. “We can’t understand what we haven’t experienced personally,” the lead character, a young widow, proclaims in a lengthy speech about the nature of art. 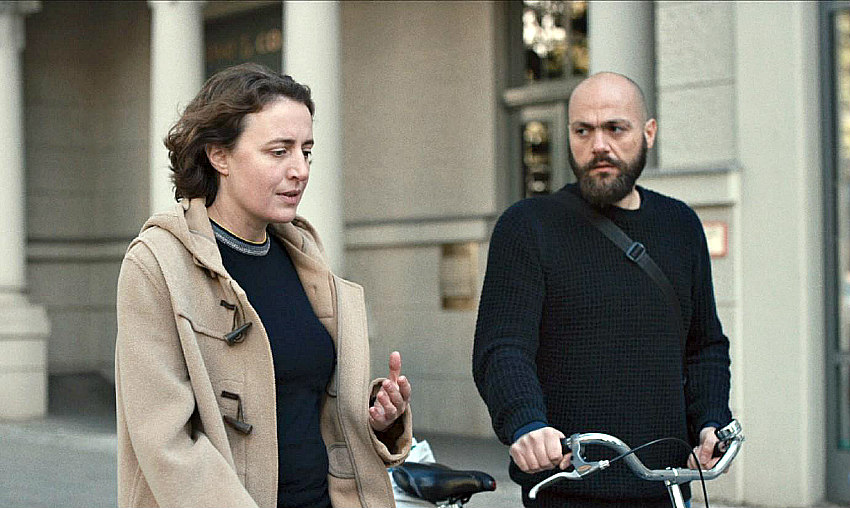 How these all fit together is the puzzle. I don’t think they do; they happen to and around her. She’s played by Maren Eggert with a feisty strength that’ll have you glued. Watch her demand to return the bike, defend her son for his behavior at school, sing Moon River to her daughter and another time scream at her kids. Students at school rehearse a scene from Hamlet which may be intended as sort of a unifying device since it also deals with family problems, madness and dead fathers. But then maybe not. Things are revealed casually and maybe included that way too. It’s an intriguing film to try and decipher and won the best director award at last year’s Berlin Film Festival. (Cinematheque) 3 ½ out of 5

THE LODGE: Here’s a horror film that doesn’t rely on blood or jump scares, just good old fashion creepy atmosphere. It spins that to mesmerizing levels as it puts two opposing ideas in front of us. Is the woman crazy or are the children evil? There’s evidence for both and the film keeps you unsure right to the end.

The film is American, filmed in Quebec but directed by two Austrians, Severin Fiala and Veronika Franz who had a hit with another chiller, called Goodnight Mommy. The mommy in this one (Alicia Silverstone) is out very fast, and dad (Richard Armitage) is with a new woman (Riley Keough) who he met writing a book. She’s the sole survivor of a suicide cult and soon to be stepmother to his two children. Dad takes them all to a snow-covered house up in the mountains so they can get to know each other and then leaves them to go back to work for a couple of days. Bad idea but a good set up. The kids fear she’s traumatized and report hearing her up and walking during the night. Is it true? Power goes off in the house, Christmas presents go missing and there’s a newspaper printout saying they all died in a fire. Is that true? She hears voices and mutters about purgatory. It gets weirder and scarier as it goes. (Rio Theatre , Sat and Sun) 3 out of 5

LIE EXPOSED: This one I don’t understand. A woman in Toronto (Leslie Hope) leaves her art-gallery owner husband (Bruce Greenwood) when she’s diagnosed with a terminal illness, runs off to Los Angeles and has an affair with a photographer (Jeff Kober). Okay, it happens but … He took pictures of her and when she gets back home, they are exhibited in the gallery, discreetly, inside a mock up of a camera and viewed only through peep holes.  Somebody says they’re all of her vagina. Jokes are made. Various couples are motivated to discuss their sex lives (“When was the last time you touched me?”) and Greenwood in his speech in the gallery says “Art takes the mass of life and makes sense of it.” Kober  should have followed that. He wrote the play and produced the film based on it and at the end lets us see what’s in those peep holes. Who knows why? (International Village) 1 ½ out of 5