Political lobbyists in America, a French woman re-building her life and two critical swipes at China 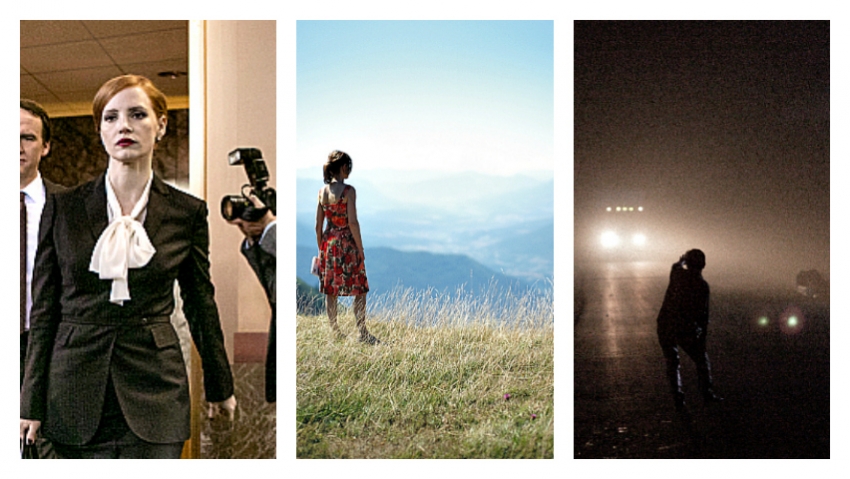 It’s the season for best films of the year lists but the Cinematheque is getting a jump on it and going one better. How about the best film of the century so far?

The BBC polled some 177 critics and their answer is Mulholland Drive, David Lynch’s excited and feverish look at Hollywood. Naomi Watts stars as a wanna-be starlet newly arrived from Deep River, Ontario and heading into a nightmare.

Interesting that in their own earlier polls both the magazine Film Comment and the on-line Indie Wire chose the very same film.

If you want to decide for yourself, the Cinematheque is screening it on four days starting tomorrow (Saturday). That first show will be introduced by Spencer Markoff a local teacher and media analyst who has written about the film.

These are the new ones this week:

MISS SLOANE: Donald Trump wants to drain this swamp. Miss Sloane thrives in it and plays to win, principles need not matter. She’s a lobbyist in Washington and the film unveils the work she does and the corrupt influence people like her have on politicians.

It’s not the most astute expose, although the early going seems to promise that, but it is driven by a moral indignation by first-time screenwriter Jonathan Perera that’ll have to do for now. And it has a strong, icy performance by Jessica Chastain flinging orders and schemes about and rarely letting any weakness show. 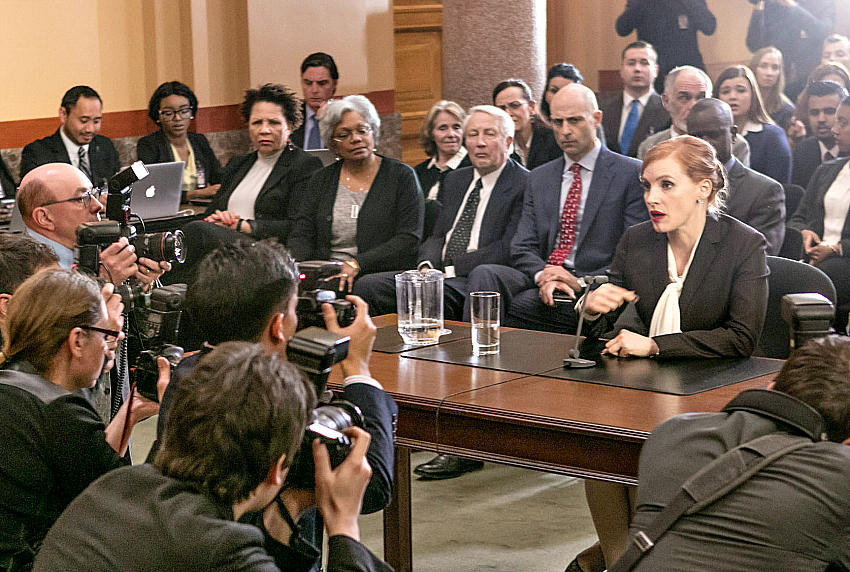 She takes the 5th when testifying before a committee of Congress, arranges perks for senators as just part of her job and is candid with her credo: anticipate your opponent’s next move and be ready with yours.

She plays that game ruthlessly, even after she switches sides, from promoting gun ownership for women to lobbying for more controls. We see clearly how she works and the system she’s working in.

The film is talky, naturally, and not as sharp as what other movies and even TV have done. It’s also weakened by an ending that veers into standard thriller territory. The indictment of modern politics stands though. Directed at a brisk pace by Englishman John Madden.  (5th Avenue and three suburban theatres) 3 out of 5

THINGS TO COME: This film from France is a nuanced and very intelligent look at a middle aged woman re-claiming some normalcy in her life after a series of setbacks. Her husband has left her for another woman. Her mom dies. She’s stuck with her cat.

A former Communist, she’s now irritated by a student demonstration that blocks her from the school where she teaches philosophy. And a textbook she wrote won’t be reprinted because the publisher is now run by young 20-somethings who want something brighter.

Isabelle Huppert is magnetic as she brings her character to life, sympathetic and full of contradictions and doubts. She claims to savour the freedom that has come to her but contrasting scenes show she’s uneasy with the prospect of being alone 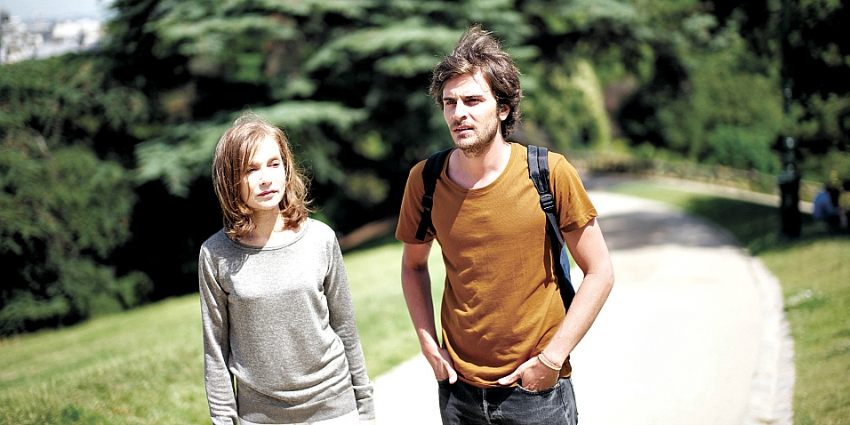 A trip to a rural commune to visit a former student (now a celebrated author) reminds her of what used to be in her life and what has passed her by. The director, Mia Hansen-Løve, based some of this on her own mother, a philosophy professor whose husband left one day. Without pushing, she develops a subtle meditation on going forward and refusing to give in. This is a film that will touch you. (VanCity Theatre) 4 out of 5

THE VIOLIN TEACHER: Over the years, we’ve seen many movies about inspirational teachers. To Sir, Mr Holland, Monsieur Lazhar easily come to mind. But I can’t think of another one with a full-blown street riot and a police swat team firing at a crowd.