ALTMAN: Here’s a lively documentary for film buffs or anyone interested to know more about the work of one of America’s most innovative directors. Robert Altman’s reputation rests on films like M.A.S.H., Gosford Park and McCabe and Mrs. Miller, the masterpiece he filmed here up on Cypress Mountain. 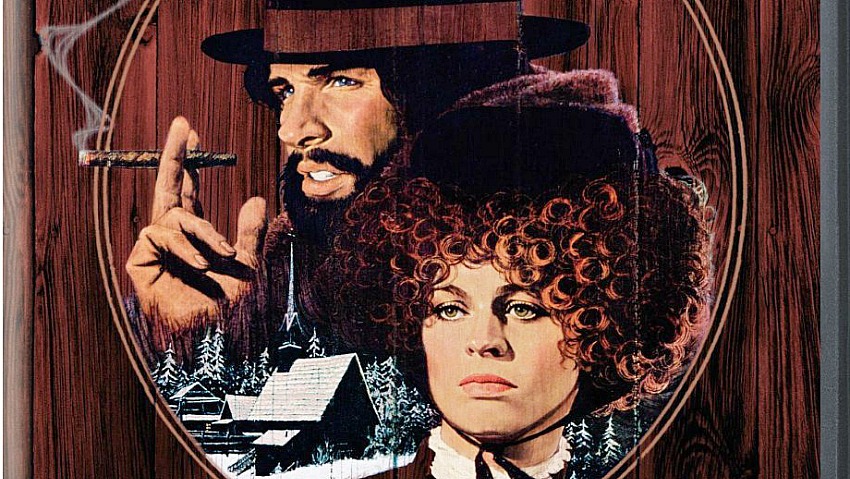 The moody anti-western starring Warren Beatty and Julie Christie is also playing during this engagement, as are two other Altman hits, The Long Goodbye and Nashville, which I’ve always thought was too full of cheap shots to qualify as one of his top films. The documentary covers them all including duds like Health and his very early one The Delinquents but oddly not his first, The James Dean Story. But where else can you see a bit of his industrial film How to Run a Service Station or such choice clips from his TV work, some of it controversial to this day. Various actors offer their definition of the term Altmanesque and at the centre the man himself tells stories about his career. Ron Mann, the Toronto-based filmmaker has made a breezy overview and  a respectful tribute. (The Cinematheque, check their website for times) 4 out of 5

RUDDERLESS: There’s a shock revelation far along in this one that was a big surprise to me. I thought we had already known it. But early or late, there is never much of a reason given for it and that’s a misstep in this otherwise amiable film, the directing debut of William H. Macy. He co-wrote it and also acts in it as a secondary character, a bar owner who hosts open mic sessions for aspiring musicians. 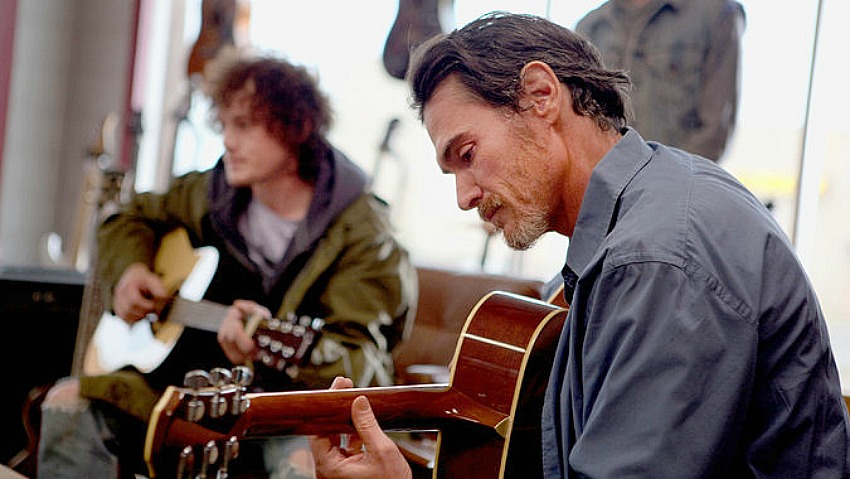 Billy Crudup performs there one night. He’s a grieving ex-advertising hot shot who lost his son in a university shooting and then found a cache of songs he had written. A shy young guitarist (Anton Yelchin) insists they start a band to let more be heard and Selena Gomez pops in a few times to say how dare they. She was the son’s girlfriend. Honoring a man’s memory or exploiting it? While they head to a major argument on that point, we get some pretty good, though mopey songs, some spirited performances and a film with a sprightly pace, efficiently directed by Macy. It’s uneasily light though, considering the grave incident that kicks it off. (Rio theatre starting Sunday) 3 out of 5

THE VANCOUVER JEWISH FILM FESTIVAL is back for a 26th edition with a wide panorama on the Jewish experience. Dancing Arabs, Dove’s Cry and Under the Same Sun all deal with relations between Jews and Palestinians, seemingly the most frequently-addressed topic this year. Post-Holocaust stories include To Life, The Last Mentsch and the much-honored Argentinian film The German Doctor. It’s about harboring war criminals. Want something lighter? There are biographies of Marvin Hamlisch, David Steinberg and Sophie Tucker. The festival runs until Thursday at the 5th Avenue Cinema. Check the website:  http://www.vjff.org/

VANCOUVER ASIAN FILM FESTIVAL: The 18th annual edition of this festival also has a strong line up. Most interesting perhaps because it sounds so provocative is Karen Lam’s response to the missing women horror here in B.C. She imagines a revenge tale called Evangeline whose lead character is brutalized, left for dead but revived by a demon into an avenging spirit. Demeaning stereotypes are decried in dramatic form in A Leading Man and a half-hour first episode of HBICtv shows “how four rich Mandarin-speaking girls live their opulent lives in Vancouver, while trying to be the "Hot Bitch In Charge." There are also films tracing the history of Sriracha hot sauce and of General Tso who has a spicy chicken dish named after him. All screenings are at International Village. Check the website http://vaff.org/2014/