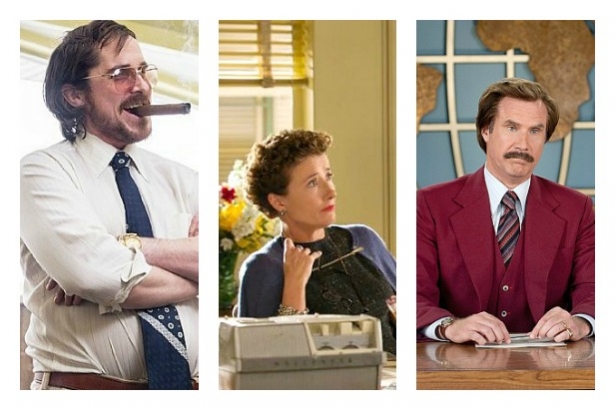 Christian Bale, Emma Thompson and Will Ferrell are the big draws in the week’s new movies

Got any time left over from your seasonal commitments right now? There are a lot of new movies out. Many pretty good too. There’s another batch arriving on Christmas Day. I’ll have my reviews for those up earlier than usual. At least by the morning of the 25th.

Meanwhile, this week’s list includes a comedy with bite from China and a Bollywood blockbuster.

When Jews Were Funny:  3

AMERICAN HUSTLE: You’ll be better entertained by this one than by any other new movie out there. A great cast, a sharp script and lively presentation come together for a satisfying experience. I say that even though for a while well into the film it’s not too clear what the hustle is and who’s doing it. Stay though. It works itself out, maybe a bit too fast but pleasingly nevertheless. 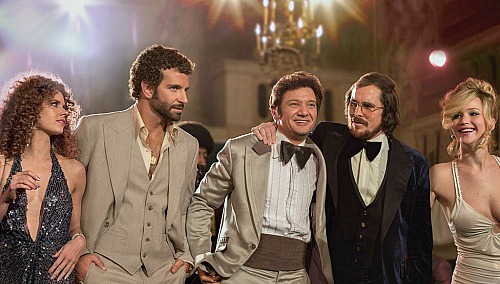 The story is loosely based on a 1970s FBI sting operation called Abscam in which a fake sheik offered up inducements that ensnared a number of officials including a U.S. senator and six Congressmen. The film announces right off the top that it’s not bound by facts. “Some of this actually happened,” it says. It’s like a jazz solo that plays around the facts. That gives a vibrant shimmer to the film.

Christian Bale starts things off by pasting bits of hair on his bald head and then combing them over. He’s not honest; just a small-time crook who poses as a dry cleaner and sells fake art. He brings Amy Adams into the business after he meets her at a party attracted by the low cut of her dress. He’s also got a wife, played with brassy zest by Jennifer Lawrence. Then he’s busted by an FBI agent played by Bradley Cooper who offers a deal to get off. Help set up a scam with a fake Arabian sheik and catch a New Jersey mayor (Jeremy Renner) taking kickbacks in a casino deal. Things don’t go as planned; a Miami gangster (Robert De Niro) wants in and the scam turns 180 degrees. The movie, though, is always a joy to watch. The actors are all working together and enjoying it and director David O. Russell mixes genres with the same quirky, zany tone he gave us last time in Silver Linings Playbook. (5th Avenue, Scotiabank and suburban theatres).  4 out of 5

SAVING MR. BANKS: There’s a strain of literature study that interprets everything in a work through the author’s own life. You get a lot of that here too although this is chiefly about the making of a film, Mary Poppins.  P. L. Travers wrote it and for 20 years resisted Walt Disney’s offers to buy it for the movies. Only when she really needed the money did she agree and then only with conditions. She demanded final say over content; didn’t want Dick Van Dyke as Mr. Banks, wanted no penguins, no singing by Julie Andrews and nothing colored red. A guy I know went back to watch it again and confirms there’s no red in it. 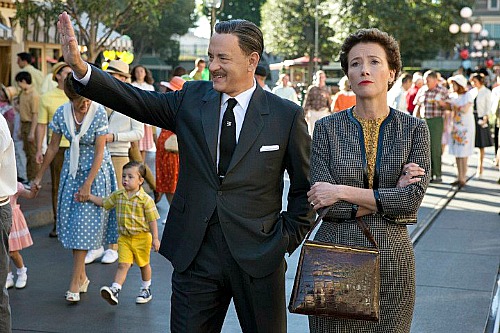 Emma Thompson plays the prickly writer during two weeks of polite conflict at the Disney Studios. She made her demands and suggestions (Laurence Olivier as Mr. Banks?) and Walt himself, played by Tom Hanks had to step in at key times to charm her, give her a tour of Disneyland and share his own story to show why he was so determined to make the film. Parallel to all this, there are flashbacks to the author’s childhood in Australia and her love for her hard-drinking father, played by Colin Farrell. We get to understand exactly what was driving her. It’s a highly enjoyable film, funny and informative although too mature in its themes for little kids. Hanks sometimes looks like Walt, rarely sounds like him (the voice isn’t as we used to hear it so often on TV) but does capture the spirit of the man. The authorized version anyway.  (International Village and many suburban theatres) 3 ½ out of 5